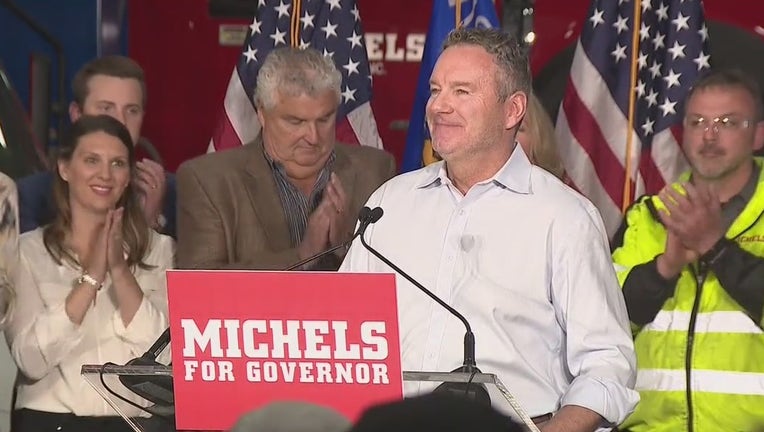 Michels is locked in a three-way GOP primary with former Lt. Gov. Rebecca Kleefisch and state Rep. Tim Ramthun. Michels has already secured former President Donald Trump's endorsement and a nod from the NRA would have marked another significant win for him heading into the Aug. 9 election.

Michels' campaign sent out a flyer that landed in mailboxes Saturday that claimed the gun advocacy group had endorsed him. Scott Meyer, a Wisconsin lobbyist who has done work for the NRA, said the group hasn't endorsed anyone in the GOP primary and doesn't plan to do so.

"All this came out of the blue," Meyer said of the flyer. "Stunned is the best word to describe it. I've never seen this before."

Michels' campaign spokesman Chris Walker said in an email to The Associated Press that the claim was an "unintentional error" and has been immediately corrected with a new mailer that says Michels received an "AQ" grade on an NRA questionnaire about his stances on gun rights. Meyer said that grade indicates he answered the questions to the NRA's satisfaction.

"Our direct mail shouldn't have indicated that rating was an ‘endorsement,' and subsequent communications will describe his ‘AQ rating’ from the NRA," Walker said in the email.

Asked in a follow-up email how the error was made, Walker said he wasn't part of "that process" and couldn't speak to it.

The primary winner will go on to face Democratic Gov. Tony Evers in the Nov. 8 general election.