Germantown police are calling on the public's help to locate a distinctly painted school bus that officials say sideswiped a vehicle while changing lanes on southbound on I-41.

GERMANTOWN, Wis. - Germantown police said on Saturday, April 2 that they have identified and located a distinctly painted school bus that officials said sideswiped a vehicle while changing lanes on southbound on I-41 near Friestadt Road on Friday morning.

Officials say the incident happened shortly before 8 a.m. Friday. The full-size school bus sideswiped a vehicle in the far left lane as the bus was merging lanes. The bus continued on its way on I-41 – never stopping.

The bus is described as red and white on the sides and blue on the back and front of the bus. It will likely have damage on the driver side with possible blue paint transfer. 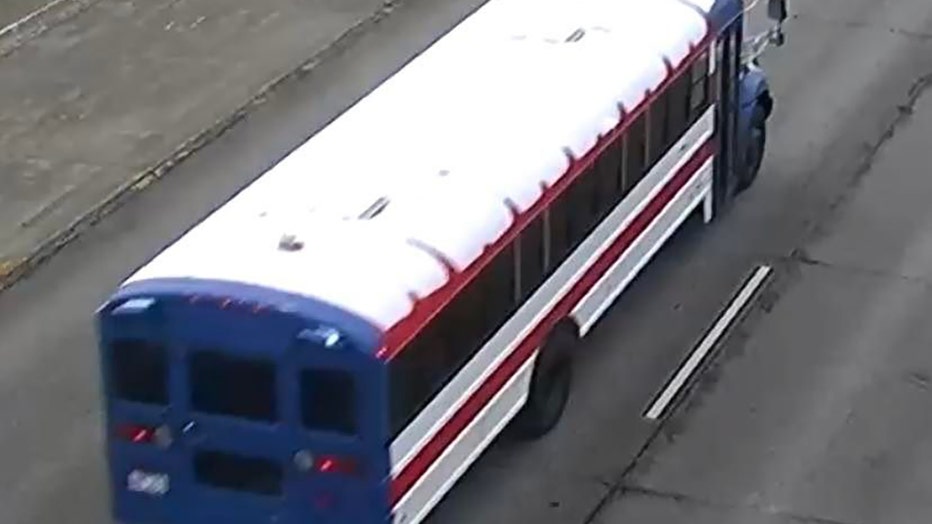 A Milwaukee County jury found Johnny Burnett guilty on Friday, April 1 in the fatal shooting of a man outside a gas station near 17th Street and Rogers Street in Milwaukee on Aug. 9, 2020.