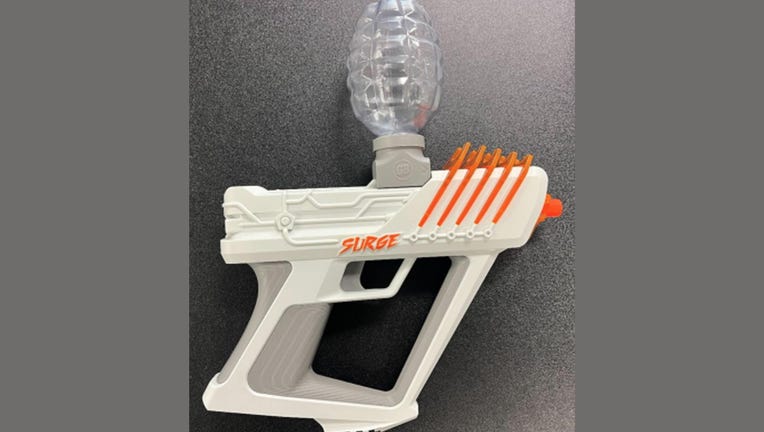 The recall involves Gel Blaster SURGE 1.0 model toy guns, which were sold between August 2020 and October 2021 for about $60 at Kitty Hawk stores along the East Coast, Amazon, and several other retailers nationwide.

There have been 30 reports of smoking or fire near the handle of the gel blaster where the lithium-ion battery is located, the U.S. Product Safety Commission said in a statement posted on Oct. 20. No injuries have been reported.

The gel blaster has a white body, is gray around the handle, and the word "SURGE" is printed in orange on the side. A pineapple-shaped hopper that holds the "gellets" attaches to the top of the toy gun, and a black on/off switch is located at the back of the blaster.