The price of regular gasoline on average across the U.S. hit $4.065 on Monday, data from AAA shows — and the figure is expected to soon surpass the all-time high reached in 2008.

On Monday, California had the highest average price per gallon among U.S. states at $5.34, while Missouri had the lowest at $3.627, according to AAA. Twenty U.S. states and Washington, D.C. were all charging over $4 per gallon for regular gas.

The current prices are expected to keep climbing amid the Russian invasion of Ukraine and related supply disruptions, combined with heading into the warmer seasons when road travel and demand for gas spikes. Experts anticipate the U.S. will break the national average record this week.

"The increase in gas demand and a reduction in total supply contribute to rising pump prices," AAA said. "But, increasing oil prices play a leading role in pushing gas prices higher. Consumers can expect the current trend at the pump to continue as long as crude prices climb." 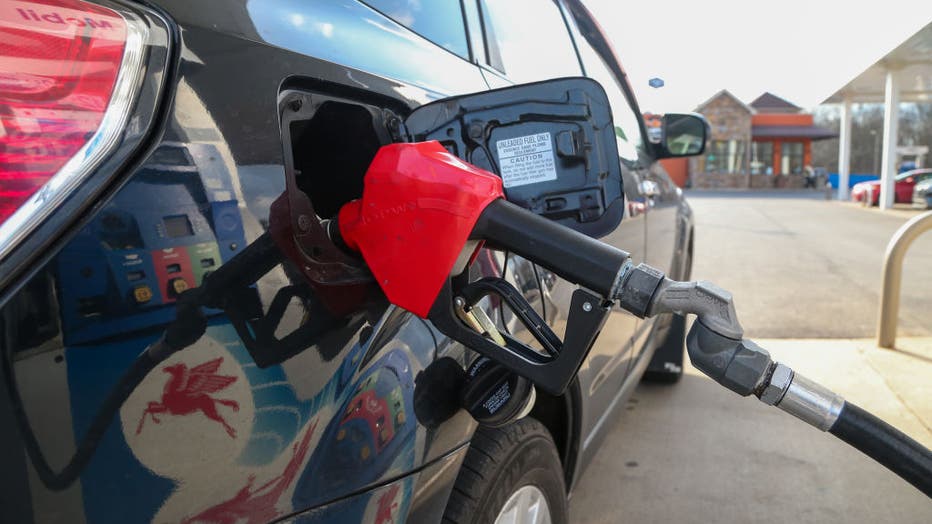 FILE IMAGE - A car is seen filling up at a gas pump at a Mobil station on March 6, 2022, in Danville, Pennsylvania. (Photo by Paul Weaver/SOPA Images/LightRocket via Getty Images)

"It has been absolutely staggering to reach the pace of increases," De Haan said. But he noted that such a spike "wasn’t exactly surprising" given the recent jump in oil prices and Russia’s war on Ukraine.

The U.S. has not yet sanctioned Russian oil, but some big oil traders have done so on their own and reduced their purchases. Russia produces about 10% of the global supply, De Haan noted.

"Russia is getting quite desperate, issuing massive discounts on their oil to attract buyers," De Haan said. "Russia is a significant producer... and suddenly with the loss of Russian oil, the balance has been significantly tipped in a way that we have never fully seen before."

Meanwhile, U.S. lawmakers on both sides of the political aisle have been increasing pressure on the Biden administration to ban all Russian oil and gas imports, but the administration has been hesitant to do — fearful of creating an even bigger hike in gas prices for Americans.

Secretary of State Antony Blinken said Sunday the U.S. is now considering a ban on Russian oil but that it will be "in coordination" with European and NATO allies, according to FOX Business.

"The actions we’ve taken to date have already had a devastating impact on the Russian economy," Blinken said on NBC. "We’ve seen the ruble in free fall. We see the economy heading into a deep recession. We’ve already had a major impact, but we are looking, again, as we speak, in coordination with allies and partners at this prospect of banning oil imports."

De Haan said there are simple things drivers can do to make an impact and maximize fuel economy, such as driving conservatively on the highway and avoiding rapid accelerations.

"This is when Americans need to band together to cut our fuel consumption," he said.