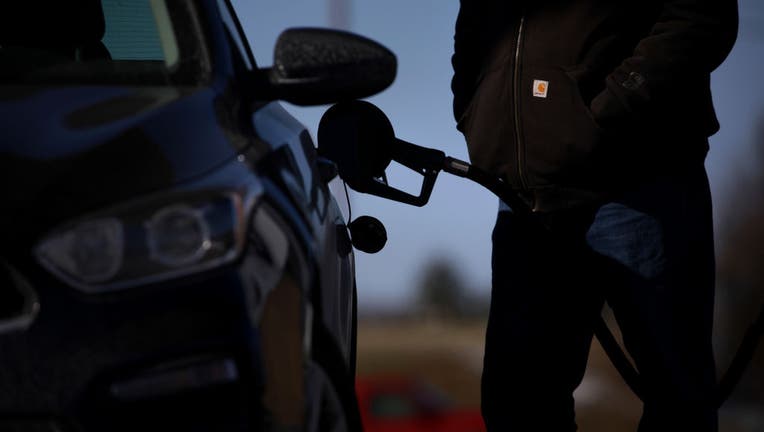 Gas prices, already 50% higher than they were a year ago, are projected to continue rising, with the national average potentially hitting $4 per gallon in the coming months, according to GasBuddy.

To help drivers battle the rising prices, GasBuddy broke down the best and worst days of the week to fill up. In fact, by planning which days to fill up, GasBuddy estimated that motorists could save up to $250 per year.

Although consumers may dread Mondays, they happen to be the best day to make a pit stop at a gas station. According to GasBuddy's data, Monday "offers the lowest average gas prices" in about 17 states.

In 2021, though, Friday also became one of the cheapest days for motorists on a budget, according to GasBuddy.

Even though there is "variation in daily gas prices across different states, the consensus is that filling up at the beginning or end of the work week, on Monday or Friday, is the best way to save money," Patrick De Haan, head of petroleum analysis for GasBuddy, said.

Meanwhile, Sundays and Tuesdays, according to GasBuddy, are the best days to "top off" your tank.

Top-off days aren't necessarily the best days to buy gas, according to GasBuddy, but they are still considered cheaper compared to the middle of the week.

In 2021, GasBuddy discovered that the "middle of the week became far more expensive to fill up." GasBuddy says Thursdays are the worst days to fill up "by far in 28 states," with Wednesday following closely behind.

GasBuddy said Saturday is also one of the most expensive days to fill up.

However, De Haan recognizes that planning which days to fill up can be challenging.

"If you can’t always time your fill ups, the golden rule is to always, always shop around before filling up," De Haan added.

A 17-year-old Milwaukee boy was taken into custody Monday, Jan. 31 following a police pursuit and crash.

Old data can expose you to ID theft

As you clean out old electronics, the experts share simple steps to make sure old data doesn't expose you to identity theft.

A vigil was held in remembrance of a pedestrian killed in a hit-and-run, identified by family as Damon Downy, 34.