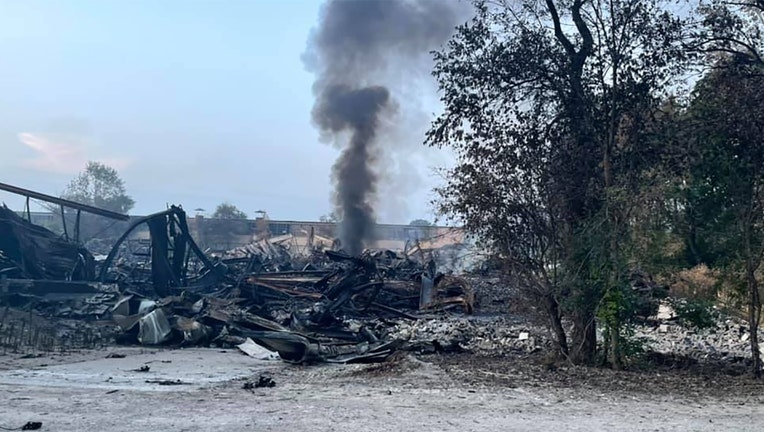 FORT ATKINSON, Wis. - A portion of debris rekindled Wednesday, Aug. 18 in Fort Atkinson – more than one week after the initial fire broke out.

The Fort Atkinson Fire Department worked to put out the rekindled debris Tuesday morning, which was seen creating a small smoke plume.

On Saturday, Aug. 14, the fire department announced that freighting activities had concluded after more than four days. After about three hours fighting the fire when it started on Aug. 10, a water shortage led Fort Atkinson Fire Chief Daryl Rausch to decide the flames would need to burn out on their own.

The Environmental Protection Agency continued to monitor air conditions until Sunday. At that time, fire officials said a few small areas of smoldering debris remained and would be monitored.

The fire reached five-alarm status and prompted brief evacuations in the area when it started at an industrial building near North Main Street and Oak Street.

Nearly 150 firefighters descended on Fort Atkinson the day of the fire, coming from several area counties to assist in the effort.

Multiple people have died in a crash on I-94 in Jefferson County.

Firefighters responded to a house fire in Sheboygan near 12th and Ontario on Tuesday afternoon, Aug. 17.