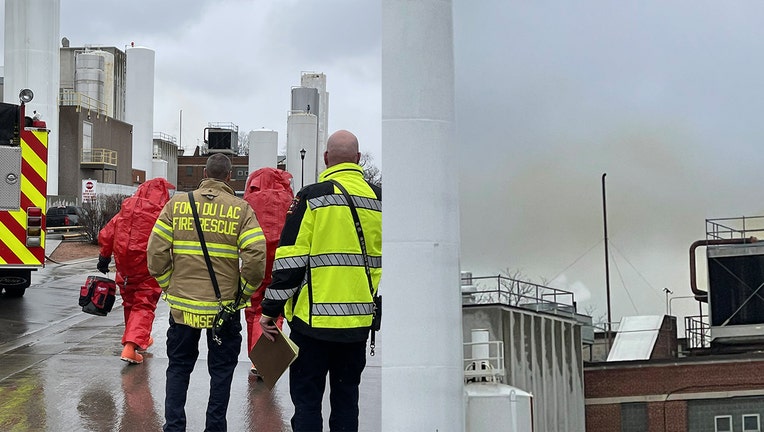 According to Fond du Lac Fire/Rescue, a gas plume emitting a "yellowish" plume of gas near Hickory and Tompkins was reported around 11:30 a.m.

It was not immediately clear what type of gas was leaking, but it is believed to contain some concentration of chlorine, officials said.

Roughly 90-100 people were evacuated from the Milk Specialties building, where the leak was located. Others were ordered to evacuate from the surrounding area.

Fond du Lac Fire/Rescue personnel worked for more than five hours to mitigate the leak, which has been stopped.

No injuries were reported in connection to the leak. It is unclear what caused it.

Injured in the Waukesha parade attack, a pair of Waukesha South High School baseball players returned to the field for the first time Wednesday.