MIAMI - An 11-year-old Florida boy decided to try out magnet fishing with his grandpa in a canal and discovered two .50-caliber M82A1 Barrett sniper rifles submerged beneath an overpass.

Allen Cadwalader had a five-pound magnet on the end of a rope and tossed it off a bridge off the C-102 Canal on Sunday. Within minutes, he’d struck the first rifle, his grandfather, Duane Smith, told Fox News Digital on Wednesday.

Allen has autism and is a big fan of electronics and playing outside, Smith said. So when they saw a video about magnet fishing online, he decided to buy the materials and take his grandson out. 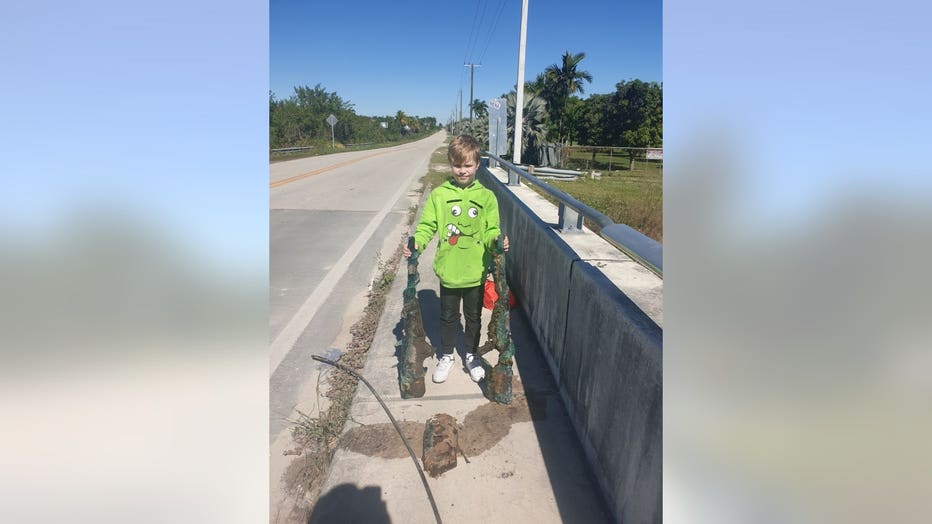 They had expected to fish up some scrap metal or other odds and ends and wanted to clean up the waterway, said Smith, a retired Army infantry officer with 18 years active duty and 11 in the reserves. They chose the canal just because it was near a family home in Homestead.

TRENDING: SpaceX rocket expected to crash into the moon in a few weeks, experts say

"We ended up with two pounds of scrap metal and 40 pounds of gun," he said.

The weapons were bundled up in shrink wrap, he said. And at first he didn’t know what they'd pulled out until he brought them home and cleaned them up. 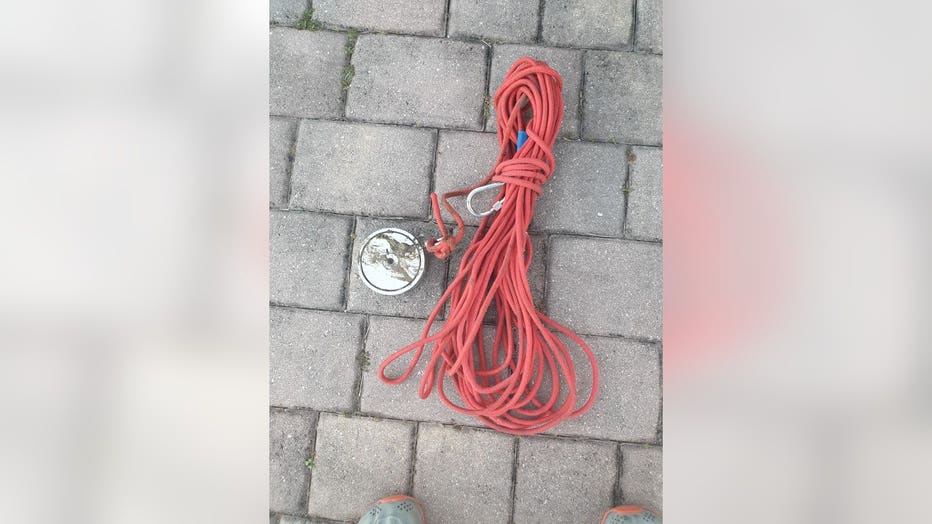 "The rifles consisted of the lower receiver and bolt carrier group," he said. "I did not recognize them when they were pulled out because they were wrapped like a mummy."

It was the duo’s first time trying out magnet fishing. They used a double-sided magnet with 2,600 pounds of pull – or 1,300 on each side.

Neither of the weapons were loaded, Smith said. Both had their serial numbers filed off. He said he could tell they were not military weapons because they were not stamped as government property.

He called police, who secured the weapons.

If they had been used in a crime, Smith said, police would likely be able to link them to it quickly – since the high-end guns are expensive and rare.

"I would be surprised if anybody is actually being killed with a .50-caliber in the United States," he said. "If there was somebody killed with that, the pool of murder suspects would be dramatically narrowed down."

On the other hand, neither weapon had a barrel – which complicates ballistics testing, he said.