MILWAUKEE (WITI) -- A former Milwaukee County Transit System (MCTS) employee stood up for a woman in need and lost his job because of it. On Wednesday, January 8th, state of Wisconsin, Milwaukee County and law enforcement leaders honored him. 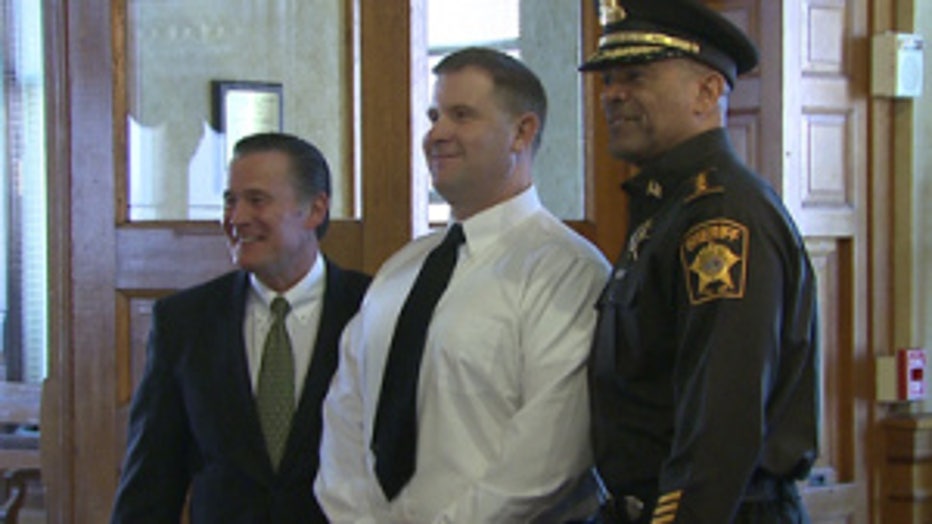 Milwaukee Alderman Bob Donovan on Wednesday presented William Bierman with a Golden Gloves Citizen's Award for actions that got him fired from MCTS.

"There was a confrontation between a man and a woman. The confrontation escalated, and Mr. Bierman, to my understanding, attempted to call the police," Alderman Donovan said.

Unable to reach the police, Bierman went to the woman's aid, and the man reportedly charged Bierman. Bierman then grabbed the man's hands, before the man pulled away and ran off.

Milwaukee County Sheriff David Clarke was on hand Wednesday to honor Bierman. He says Bierman followed state law, as he wishes more citizens would do.

"It requires a citizen to do one of two things: you either have to call the police or you have to come to the aid of the victim," Sheriff Clarke said.

Alderman Donovan and Sheriff Clarke praised Bierman's courage and selflessness, but MCTS fired him for his actions -- viewed as a violation of company policy.

"It was a dark cloud. It was a punch in the stomach and a kick in the head because I gave my all to whoever I worked for for nine years," Bierman said.

Milwaukee County Supervisor Steve Taylor says the firing sends the message that you get punished for helping someone, and he says it with a hint of a threat.

"If you're  going to have people doing business with the members of our community and the employees that work for them and this is how you treat them, I'm going to have to think really long and hard whether I want to see them operating our transit come 2015," Taylor said.

Bierman says all the support is a bit overwhelming.

"I was floored. I was touched. It just renewed my faith in the people of Milwaukee," Bierman said.

FOX6 News reached out to MCTS -- but MCTS said they do not respond to personnel matters.