Strong winds fueled the flames Friday, after the fire sparked along Marcy Road around 1:30 p.m. According to the Wisconsin Department of Natural Resources, 450 acres were burned as of Friday night.

"What we quickly found out is we had several smaller fires that basically stretched from Pilgrim Road to west of Lannon road," said Capt. Gene Neyhard with the Menomonee Falls Police Department. "It’s really generally isolated to the woods, the grass and things like that."

The smoke could be seen from miles away as the flames spread for hours. At one point, the fire inched close to the home of Kathy Pauers.

Pauers did not have to evacuate as firefighters kept the blaze far enough out. 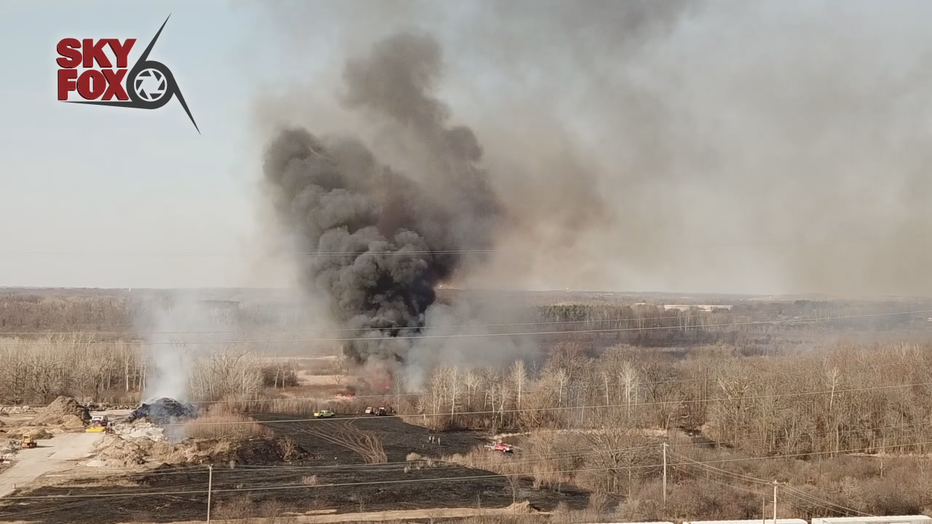 Around 5 p.m., police gave an update: no injuries and no involved structures. Several homes were evacuated as a precaution until police gave the all-clear to return around 9 p.m.

Pauers is grateful the firefighters kept the blaze in the grass.

"We are burned as far as you can see," said Pauers. 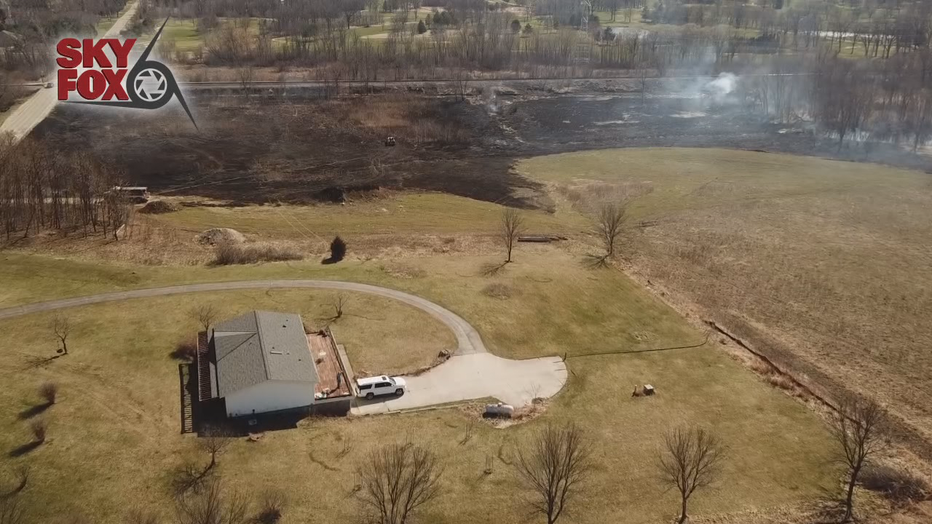 Officials said the fire was under control around 10 p.m., more than eight hours after it began. The cause is still under investigation.

Prior to the Menomonee Falls fire, there had already been more than 200 wildfires reported in Wisconsin so far this year, according to the DNR, burning over 450 acres. Fire officials anticipate a slightly longer than average fire season because of how early the snow melted around the state.

Visit dnrmaps.wi.gov to monitor active wildfires across the state.

Multiple agencies responded to a brush fire in Menomonee Falls on Friday. Police provided an update as fire officials worked to contain the blaze.

All of Wisconsin is at "very high fire danger" headed into the weekend, the DNR stated Friday, April 2.

With low humidity and high winds in the forecast, the DNR, National Weather Service and other partners are paying particularly close attention to areas most at risk. 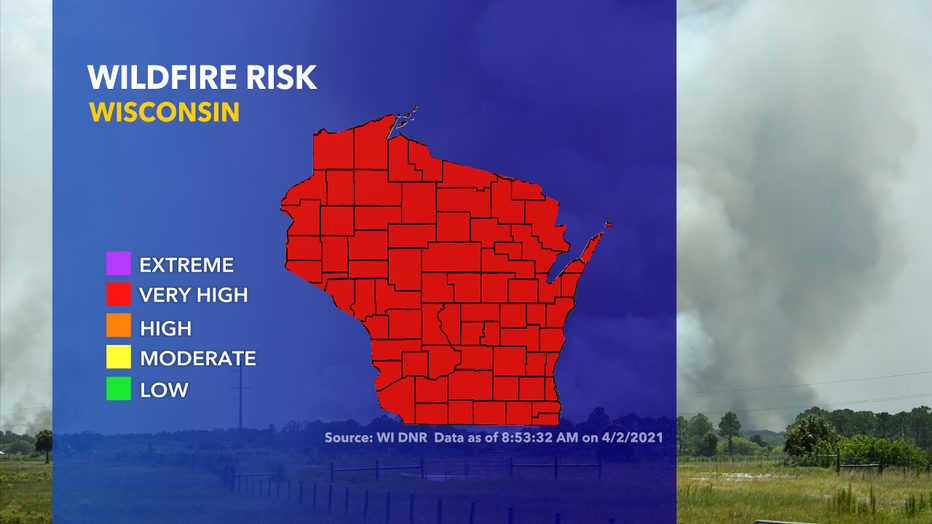 Any fire could quickly start and spread in these conditions. To help keep Wisconsinites safe, the DNR is asking people to avoid all outdoor burning including limiting the use of campfires and making sure to extinguish and dispose of cigarettes properly.

Outdoor enthusiasts should also use caution with off-road vehicles or equipment that can create a spark and start a fire. Keep in mind that weather conditions can change frequently and quickly become dangerous.

The earliest chance of minimal precipitation is expected Monday. In the meantime, the DNR urges people to use extreme caution until the fire weather improves.

Crews called to house fire near 6th and Vienna

Fire crews were called to a house fire near 6th and Vienna around 7:15 Friday morning.