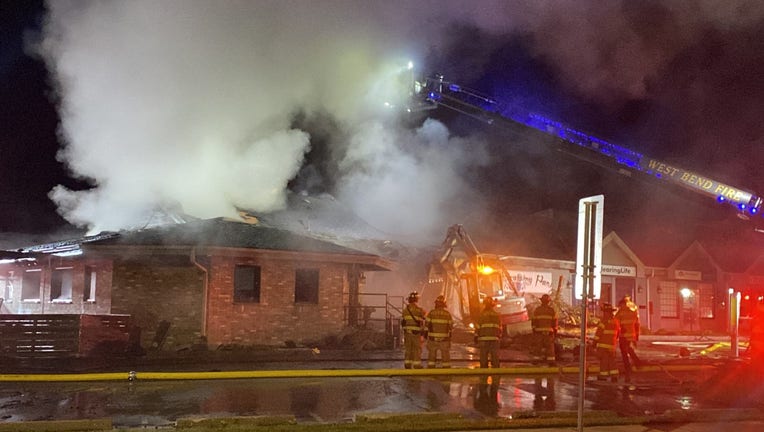 WEST BEND, Wis. - Firefighters on Thursday morning, Sept. 29 responded to the scene of a fire at The Braising Pan restaurant in West Bend. The call came in around 1:15 a.m.

According to officials, the fire was reported by "the cleaning person that was on scene to clean the restaurant. The caller evacuated the building.

The two-alarm fire was out by 4 a.m. There is damage to adjoining units in the building. The restaurant area is a total loss.

The building did not have a sprinkler system.