Five alleged O-Block gang members have been charged in the August 2020 murder of Chicago rapper FBG Duck, according to a federal racketeering indictment unsealed Wednesday.

CHICAGO - Five alleged O-Block gang members have been charged in the August 2020 murder of Chicago rapper FBG Duck, according to a federal racketeering indictment unsealed Wednesday.

Liggins, Offerd, Smart and Thomas were arrested Wednesday morning, according to the Northern District of Illinois U.S. Attorney's Office.

Roberson is in custody of the Cook County Department of Corrections.

Carlton Weekly, who performed under the name FBG Duck, was shot dead and two others were wounded Aug. 4, 2020 near the Magnificent Mile when four people got out of their cars and opened fire on the sidewalk. 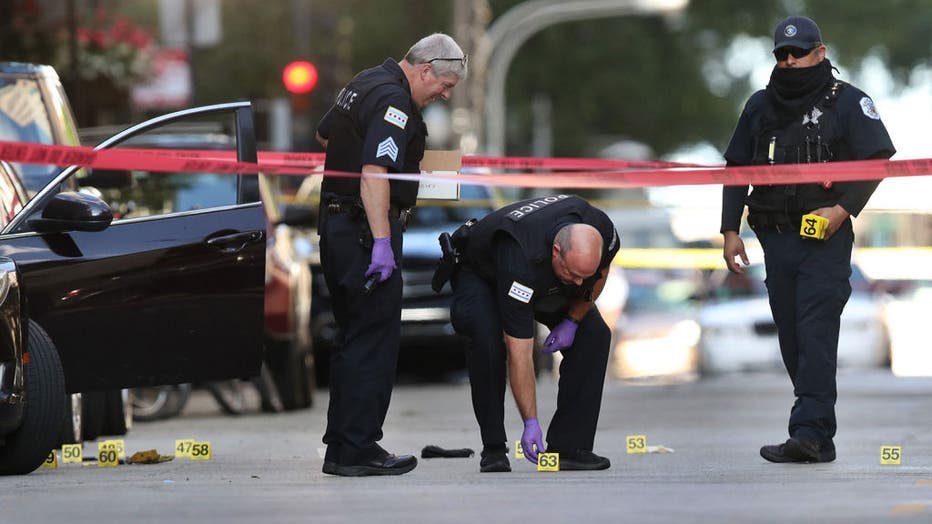 A 36-year-old man and a 26-year-old woman who was sitting in a parked vehicle were also wounded in the shooting.

Police said Weekly was associated with a faction of the Gangster Disciples street gang called Jaro City, which is based near 62nd Street and Vernon Avenue in West Woodlawn. But on social media, Weekly identified himself as a member of a Gangster Disciples faction called STL/EBT, which is in the same area and mostly friendly with Jaro City.

More information is expected at a 2 p.m. press conference with officials from the U.S. Attorney’s Office, the FBI Chicago Field Office and Chicago police.