For the first time, we are hearing directly from the victims' family members about the tragedy that unfolded during the Miller Brewery shooting one year ago.

MILWAUKEE - For the first time, we are hearing directly from the victims' family members about the tragedy that unfolded during the Miller Brewery shooting one year ago -- on Feb. 26, 2020.

One family spoke exclusively with FOX6 News about how their lives have changed.

Family members keep the memory of Jesse Valle close to their hearts. His younger sister, Jenny, looked up to her brother her entire life.

"There are so many memories – and like, the good thing is we have a lot of videos and photos of him," Jenny Valle said. 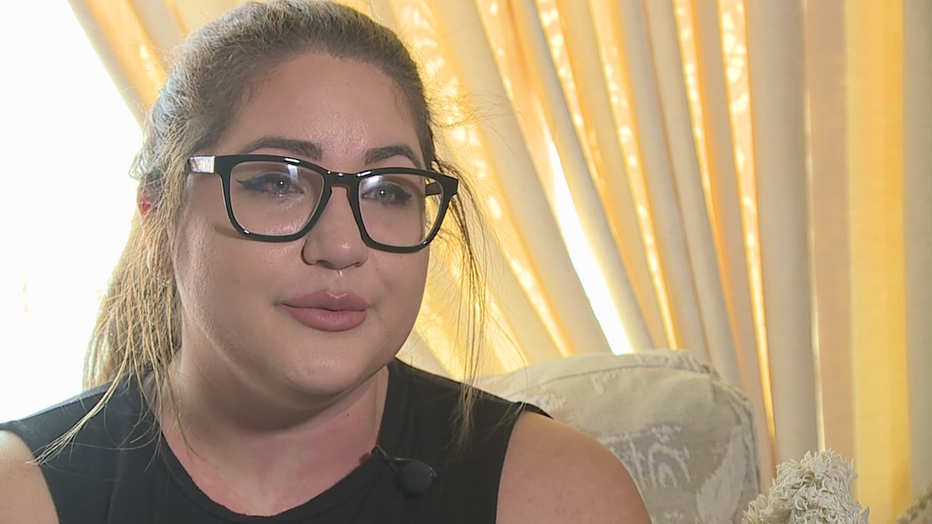 Jesse's daughter, Ivanna, and son, Santiago, have few precious memories of their own. When their father was killed last winter, they were only 2 and 3 years old.

"He loves to play with his kids.  He was so intelligent," Alejandra Valle said. 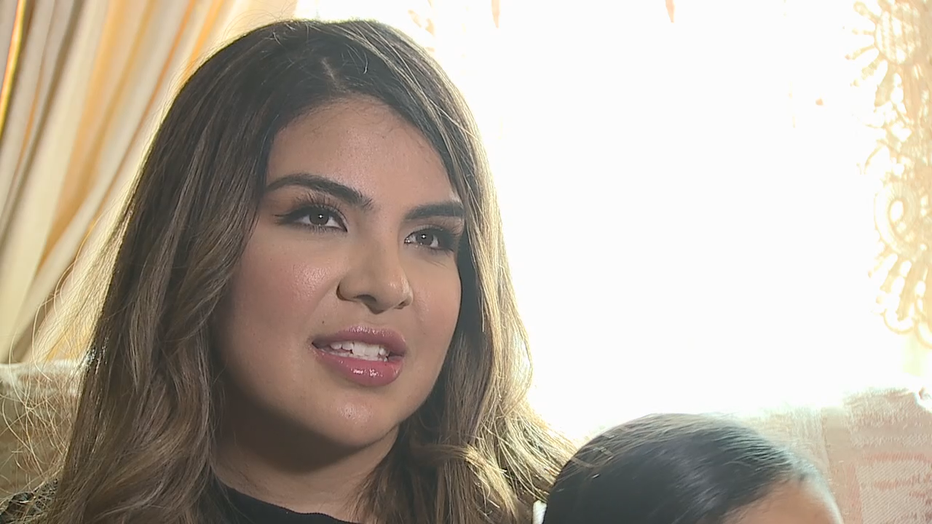 Photos show a man coming of age on Milwaukee's south side -- a man proud of his family, heritage, Catholic faith, and his job.

"He was a hard-working man. He loved going to work," Jenny Valle said. "He’d always bring back cases of beers each month."

Jesse worked as a powerhouse operator at MolsonCoors -- looking after the plant's boilers. 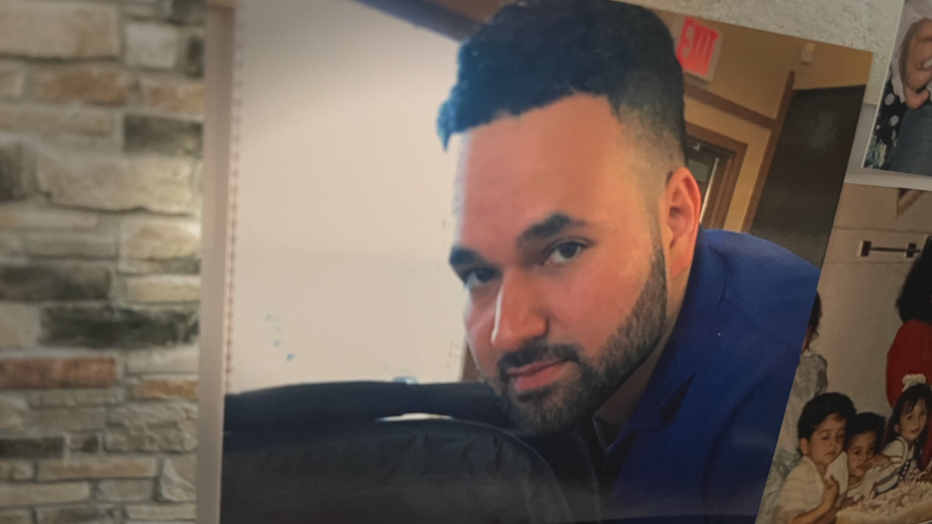 "He wanted the best for us all and he would work as much as possible – only to end in a senseless act of gun violence," Jenny Valle said.

Jesse's grave is decorated season after season. A corner of the family home is now a shrine to a 33-year-old with no birthdays left to celebrate.

"You just knew he was in the room. You can just hear his laughter and he’d gather everyone around with food. He was a great cook," Jenny Valle said. 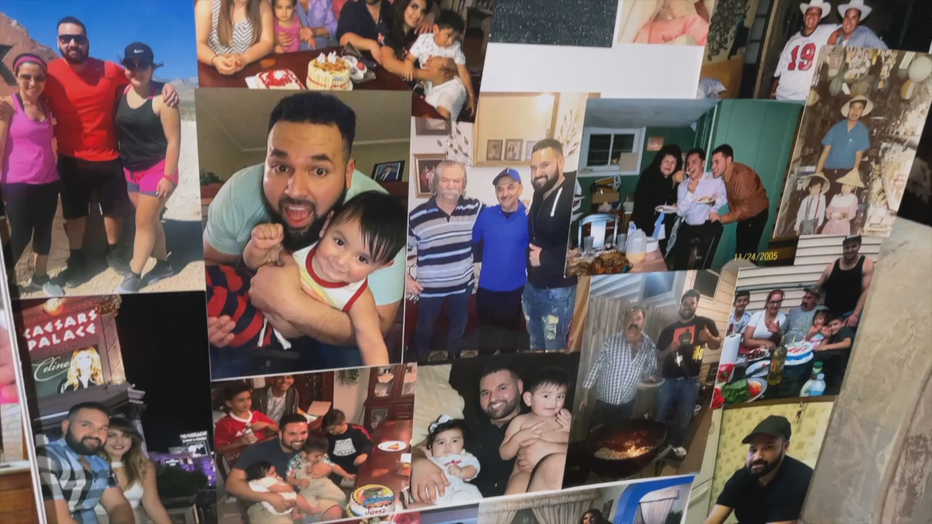 On the weekends, Jesse would cook every meal for his family. He would take leftovers in to work throughout the week.

Jesse's father said it wasn't uncommon for Jesse to share meals in the brewery breakroom -- occasionally with the man who would kill him and four of his colleagues on Feb. 26, 2020. 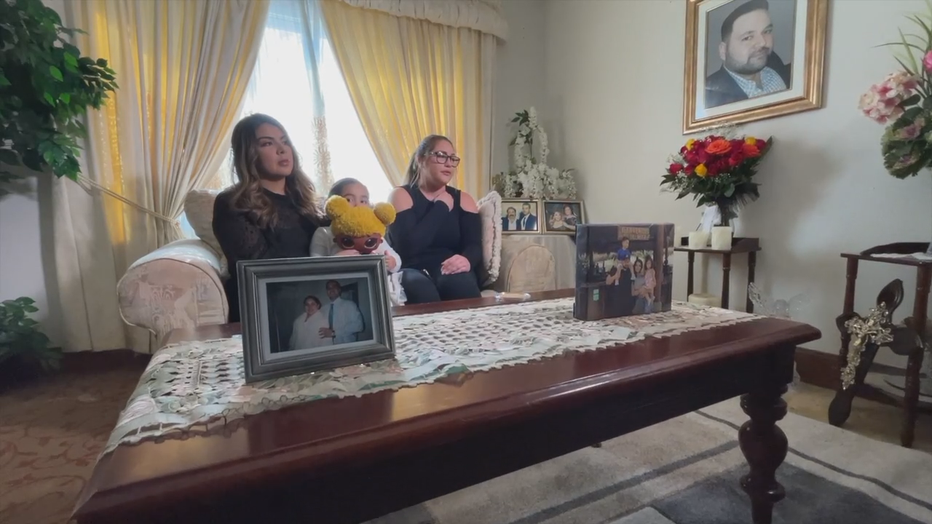 "All of a sudden, I just got this huge shiver.  I looked at my fingers and they were purple and I was like is it me or is it cold?" Jenny Valle said.

At work in Chicago, Jenny Valle said she sense something was wrong -- unaware of what was unfolding 92 miles north in Milwaukee until a friend saw a report on the news. 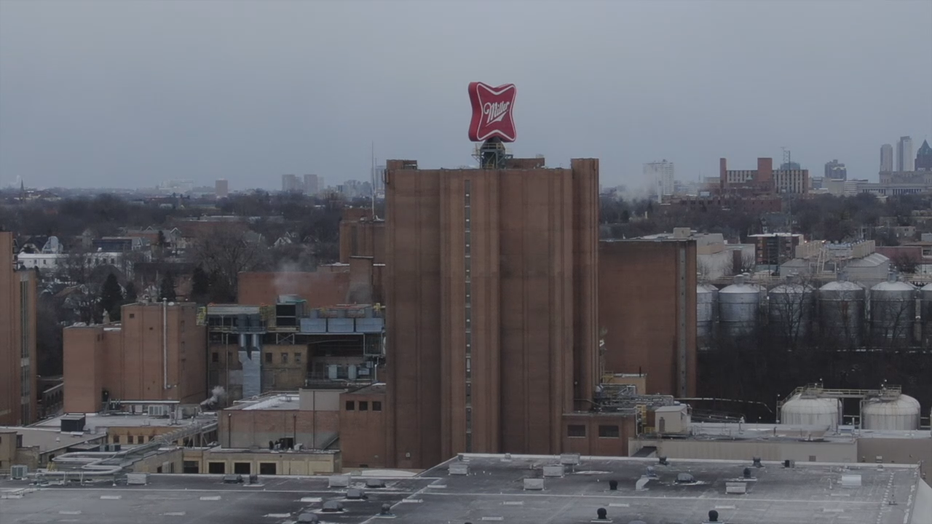 The shooting happened right at the end of Jesse's shift. 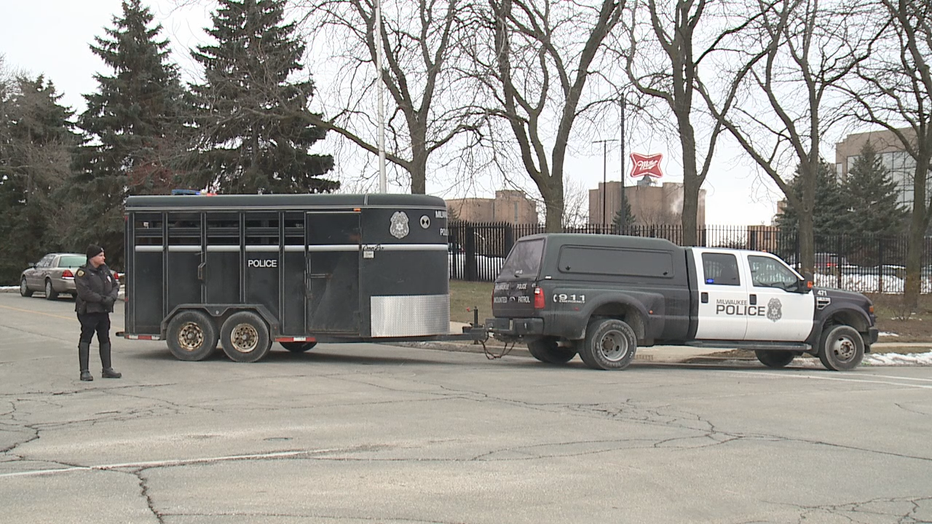 The gunman died by suicide -- leaving more questions than answers.

"Why did it happen? Why did this occur? Why that day? Why them? But we are just never going to know, unfortunately," Jenny Valle said.

The Valles feel the public's attention in the case waned. One month after the shooting, Wisconsin was in lockdown -- consumed by the coronavirus pandemic. It was not until June 2020 when the family said Milwaukee police debriefed them. 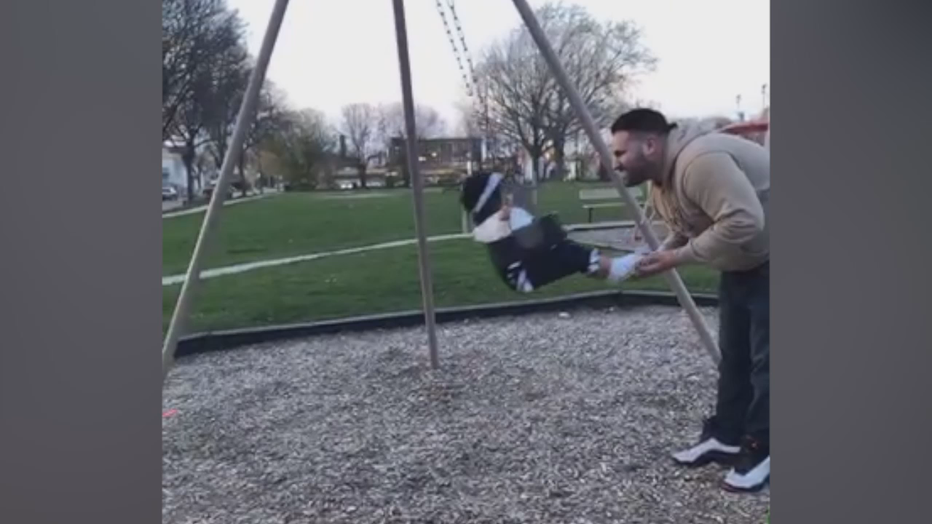 Now, one year later, photos and videos are all that's left.

"We still expect for him to walk through the door," Jenny Valle said. "And we’ll hold onto those memories, to him, dearly."

The Valle family will honor Jesse with a Mass at noon on Saturday, Feb. 27. It will be held at Our Lady Queen of Peace Catholic Church (3222 S. 29th Street) in Milwaukee. 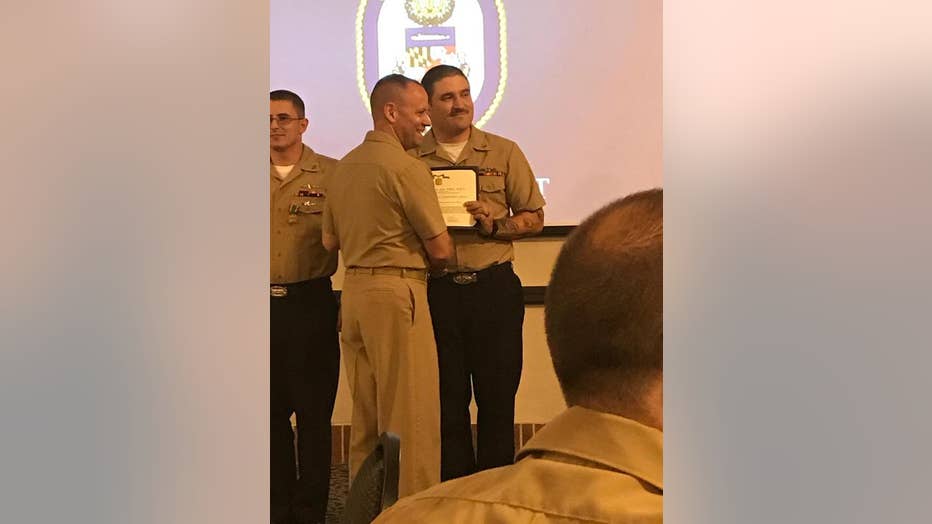 Trevor was a fun-loving, generous, happy-go-lucky guy who shared a love of reading and playing board games.  He was married to his college sweetheart, a truly wonderful person who shared his same passions.  They were true soul mates.  Trevor served his country by joining the Navy after college.  He went to nuclear power school for two years for his training and then served four years as a petty officer second class, nuclear power operator.  He was twice decorated for services he performed while assigned to the nuclear submarine, USS Maryland 738.

After his service, he wanted to return to the Milwaukee area to be around family.  He was so happy when he became a power house operator at Miller Brewery in 2018 and could finally settle down in one place surrounded by family and friends.  On February 26, 2020, our joyous reunion came to a tragic end.  It is a shame that his life had to come to an end in such a grueling manner by just showing up for work.

There was a military service for Trevor, and friends, servicemen and women, and extended family came from all over the U.S. to pay tribute to our fallen hero.  For our family, including Tony, Trevor's brother, and Trevor's wife, every day is filled with misery and sadness that we must live with for the rest of our lives.  We miss his daily phone calls with us and his impromptu visits. Extended family share our grief, and we all lost something wonderful that day.

As his mother, I hope people will choose to perform an act of kindness on this date in the memory of those we lost.

Thank you for letting us share a little snippet of our wonderful son's life. 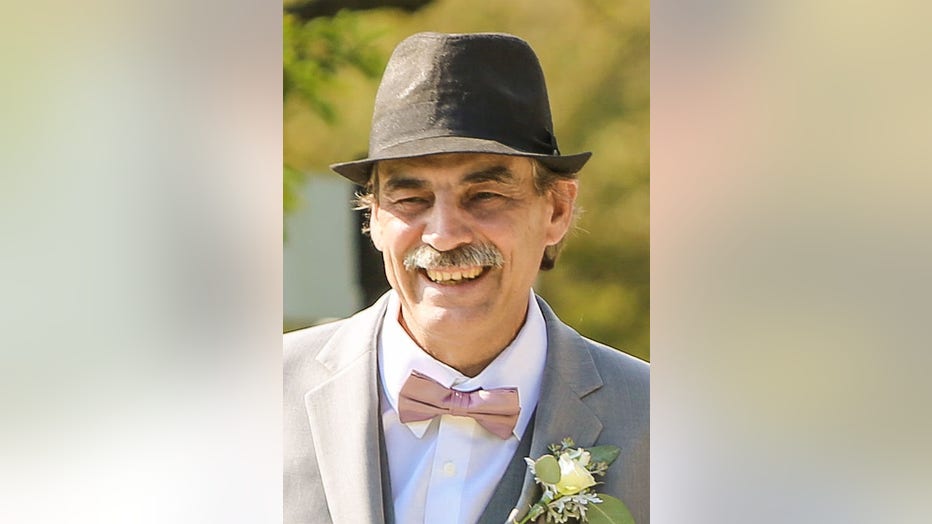 It has been a very difficult year for the family without Dale and our hearts are slowly healing.  Dale was dearly loved by family and friends and we miss him every day.  We are so thankful for the support, prayers, and gifts from so many caring people who reached out to help us.  We wish for healing for the other families who are also missing their loved ones who were lost on that heartbreaking day. 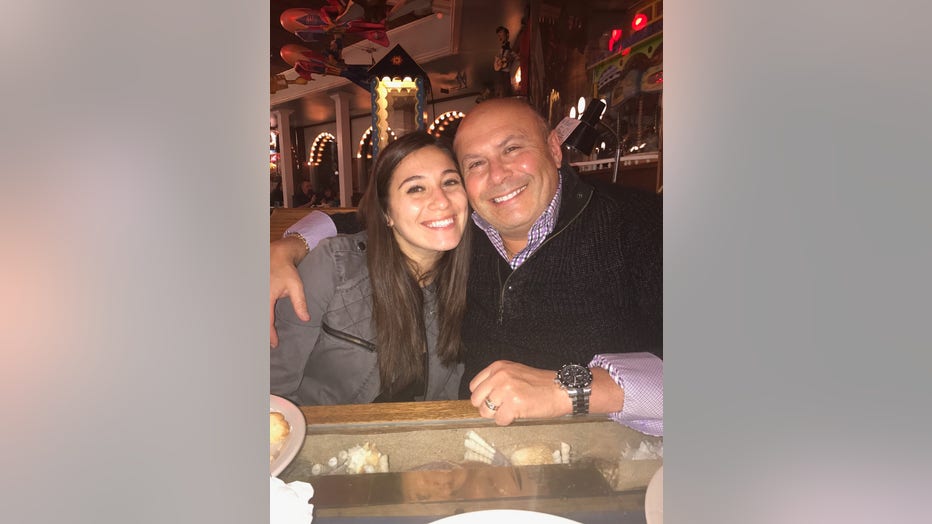 Have you ever had anyone in your life who in the simplest and purest way, just gets you? It is so effortless. That is how my relationship with my dad was. He just got me. My dad was selfless beyond measure. He would do anything in his power for his family. No task was too big or too small. If there was something we wanted or needed, he would move mountains to get it for us. He was constantly fixing something and making it better. Something always needed to be improved. Something always needed to be done for us, and he never hesitated to be the man for the job.

My dad was the strongest person I ever knew. He moved our family to America to give us a better life. He was working for our family. He was working to provide us with the best life possible. He wanted his girls to be strong, successful, educated, and independent women. There is no doubt in my mind that I get my work ethic, drive, and ambition from him. My dad taught me how important family and true friendships are. He was my best friend, my confidant, my advice giver, and my supporter. My dad was, my dad still is, larger than life.

A year later, my life and my family’s life have absolutely 100% flipped upside down. We do not feel whole. There is an enormous presence that is so noticeably missing. Our days are emptier, our holidays are sadder, and our souls are angrier. A year later, I still cannot get used to talking and writing about my dad in the past tense. A year later, and I am still in the thick of grief. I don't really feel any different than I did a year ago. I remember everything as vividly as I did a month, a week, a day after everything happened. I am sad, angry, confused, and heart broken. I would do anything to go back in time. I would do anything for one last hug, one last kiss, one last goodbye. 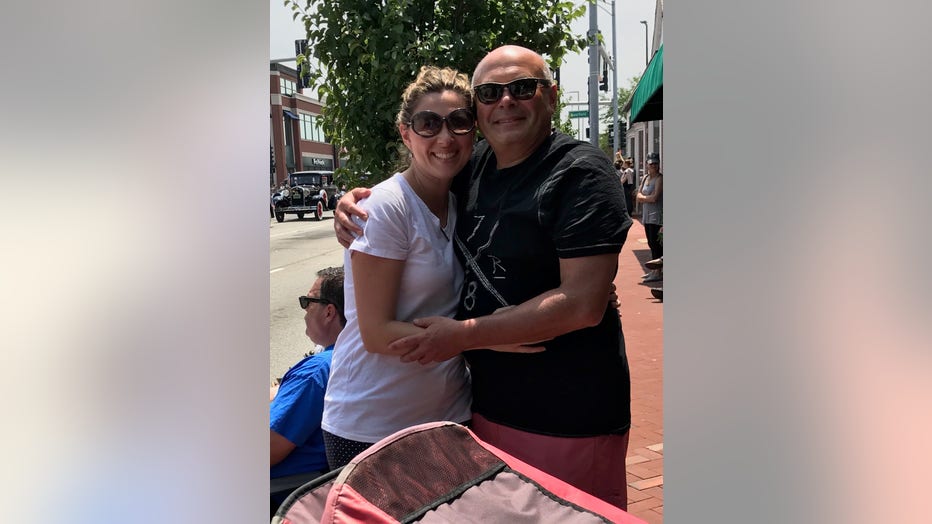 I felt my dad’s warmth, joy, and pride in me every day of my life. He always wanted the best for our family and he would do anything to get it. He worked countless hours to provide for us and make sure we had everything we needed and wanted. My dad taught me how to be strong and independent; he taught me how to pave my own way in life.

On February 26th, 2020, I lost all of that. This past year has been filled with more sorrow than I ever could have imagined. It was made only worse by the isolation that COVID brought along with it. Every birthday, holiday, anniversary – every special occasion is bittersweet because he was taken from us. Every day, we wake up to a nightmare that is our new reality. His death is tragic, senseless, and infuriating…we will never be whole again.

I am thankful every day for the incredible life that my dad has given us. I miss his smile that started with his eyes and lit up his entire face. I miss the sound of his voice and the warmth of his hugs. I work hard to keep his memory alive for my children, and will continue to do so as long as I live. I love him yesterday, today and forever. I hope that he is now spending his days in his happy place: on a beach chair in Mexico with a tequila shot in hand and the sun shining down on him.

Family and friends of Dana Walk

The family of Dana Walk asked for privacy during this difficult time.