Through grief, a Milwaukee family is setting out to make a difference in the lives of those around them.

MILWAUKEE - Through grief, a Milwaukee family is setting out to make a difference in the lives of those around them.

Purcell Pearson's loved ones gathered on his birthday – Sunday, Sept. 5 –  to celebrate his life and share his vision with the community.

Pearson's family tells FOX6 News that Pearson was intent on changing the world. Although his life was senselessly cut short, Pearson's family plans to carry out his dreams of helping others.

"It’s not about how long you're here on Earth, it's about how much good you do with the time that you do have," said Cornel Pearson, Purcell Pearson's brother. 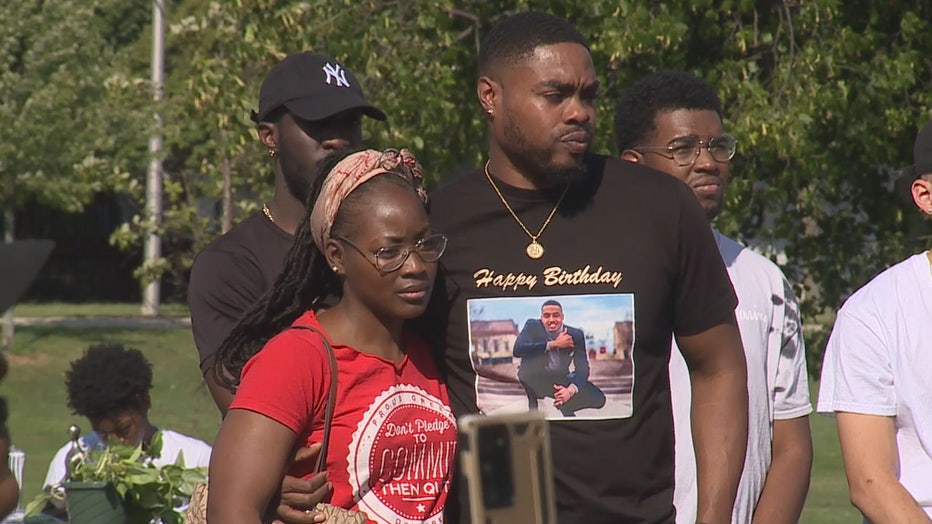 With the sun shining over Johnsons Park on Sunday, Pearson's family was surrounded by hope.

"His spirit is here with us," said Stephanie Johnson, Purcell Pearson's mother.

Relatives, friends, and even strangers gathered to ensure Pearson's legacy lives on.

"It shows me that Purcell loved a lot of people and they loved him back," said Johnson. 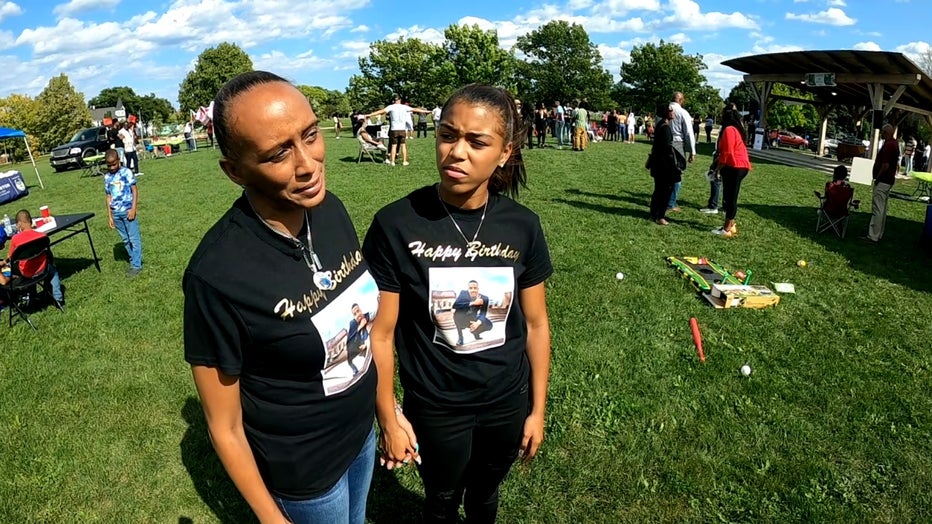 "Honestly, I think it's like the most beautiful thing," said Makayla Hughes, Purcell Pearson's sister.

Pearson would have turned 23 years old on Sunday, Sept. 5, but in February, he was shot and killed near 23rd and Wisconsin during an arranged sale of designer glasses. 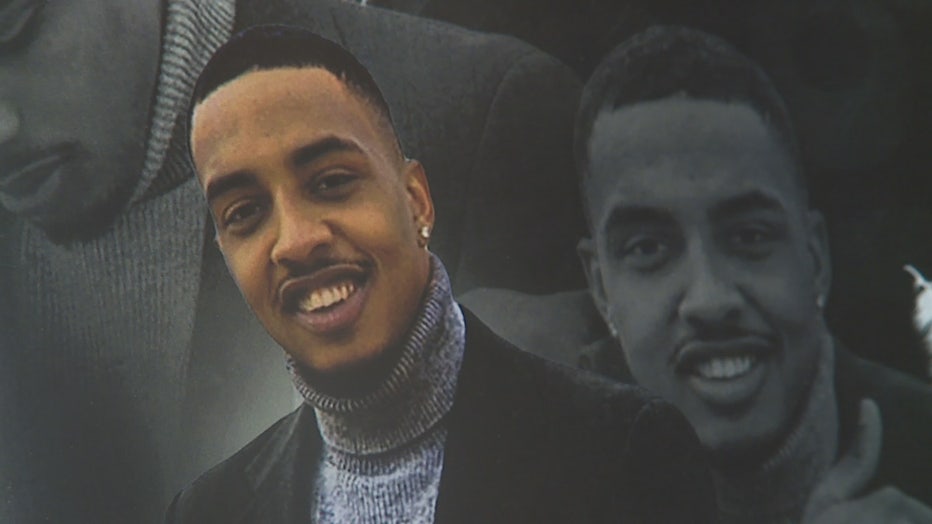 "Purcell was compassionate to everyone he met, whether he first met you just now… or if he knew you for his entire life," said Christian Braverman, Pearson's friend and line brother.

Pearson was also an entrepreneur, starting a skincare brand – PYour – with his cousin, Essence. 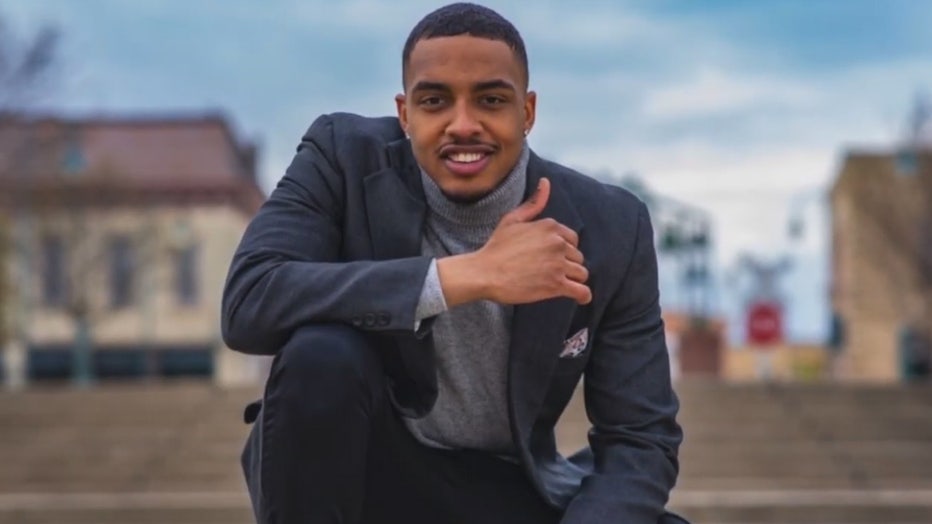 Now, his loved ones hope to inspire future leaders through the Purcell Alex Pearson Achievement Scholarship at UW-Whitewater.

"I hope that helps the next leaders. Because Purcell was such a natural-born leader and he kind of passed that on to all of us," said Hughes.

More than $11,000 has already been donated to Pearson's scholarship fund. His friends and family hope to bring that total to $25,000 in order to reach endowment status.

To make a donation to Pearson's scholarship fund, visit the UW-Whitewater Foundation and choose your gift amount. Then under ‘Designation,' select the 'Purcell Alex Pearson Achievement Scholarship.'

Johnson and her children also plan to start a nonprofit in Pearson's memory – to carry out his dream of bettering the community.

"We love you forever and then some, and it was truly an honor to be your big brother, Purcell," said Cornel Pearson. 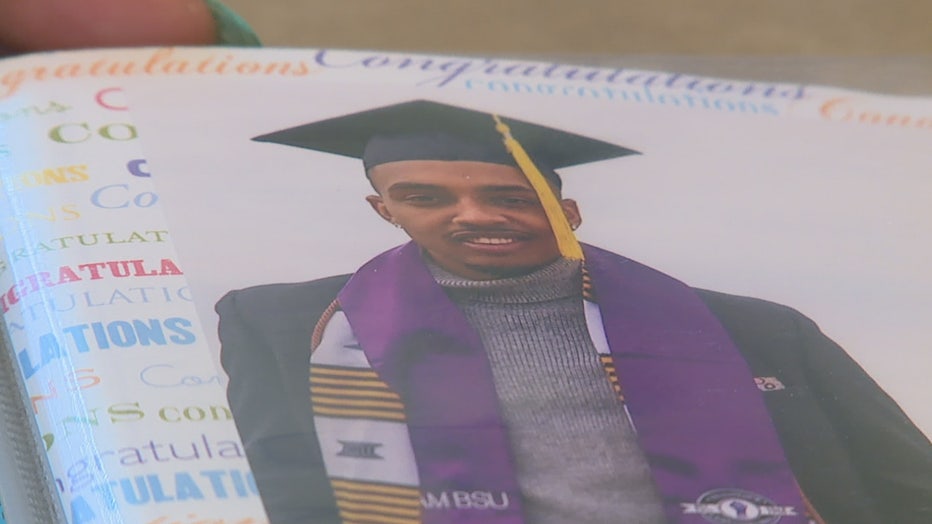 Two 17-year-olds are charged with Pearson's homicide. One suspect, Tyrell Joseph, was arrested this summer. The other, Ismael Moreno, remains on the run.

Authorities are urging the community to come forward with information on Moreno's whereabouts by calling the U.S. Marshal Tipline 414-297-3707. You can remain anonymous.