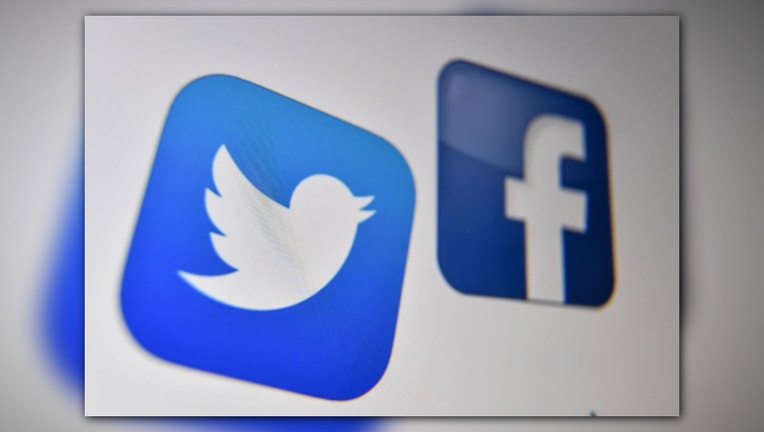 A photo taken on October 21, 2020 shows the logo of the the American online social media and social networking service, Facebook and Twitter on a computer screen in Lille. (Photo by DENIS CHARLET/AFP via Getty Images)

“The hearing will focus on the platforms’ censorship and suppression of New York Post articles and provide a valuable opportunity to review the companies’ handling of the 2020 election,” Graham, R-S.C., said in a statement.

The hearing will take place on Tuesday, Nov. 17, the committee said in a press release.

Facebook and Twitter faced widespread criticism earlier this month after each social media platform took steps to slow the spread of the New York Post’s report on emails taken a laptop that purportedly belonged to Hunter Biden. The emails detailed Biden’s alleged overseas business dealings with contacts in China and Ukraine.

A Facebook representative said the company would limit the spread of the article until its claims could be fact-checked. Twitter blocked the article from being shared entirely, in a step it said was due to its "Hacked Materials Policy." Twitter also locked the New York Post’s account and others that attempted to share the report until their posts were deleted.

Dorsey later acknowledged that Twitter had mishandled the situation, calling the decision to block the article without providing clear context as to why the action was taken “unacceptable.”

Leading Republicans slammed both companies for their handling of the situation and called on them to clarify their policies.

Earlier this week, Republican members of the Senate Judiciary Committee warned that Zuckerberg and Dorsey would be subpoenaed if they did not agree to voluntarily testify. Aside from a more detailed explanation of their handling of the New York Post report, the committee asked the tech executives to clarify their policies for moderating content “that may interfere” with federal elections.