The Federal Reserve begins its 2-day meeting Tuesday to discuss the next interest rate hike, with a decision expected to be announced Wednesday afternoon. LiveNOW from FOX's Josh Breslow spoke with FOX Business Network's Edward Lawrence about what to expect.

Sales of previously owned homes tumbled 0.4% in August from the previous month to an annual rate of 4.80 million units, according to new data released Wednesday by the National Association of Realtors. That is better than what economists were expecting, according to Refinitiv. On an annual basis, home sales plunged 19.9% in August

Sales have fallen to the slowest pace since June 2020, when the economy was still deep in the throes of the COVID-19 pandemic. Excluding that, this is the worst period for home sales since 2015. The last time that home sales plunged for seven consecutive months was between August 2013 and January 2014. 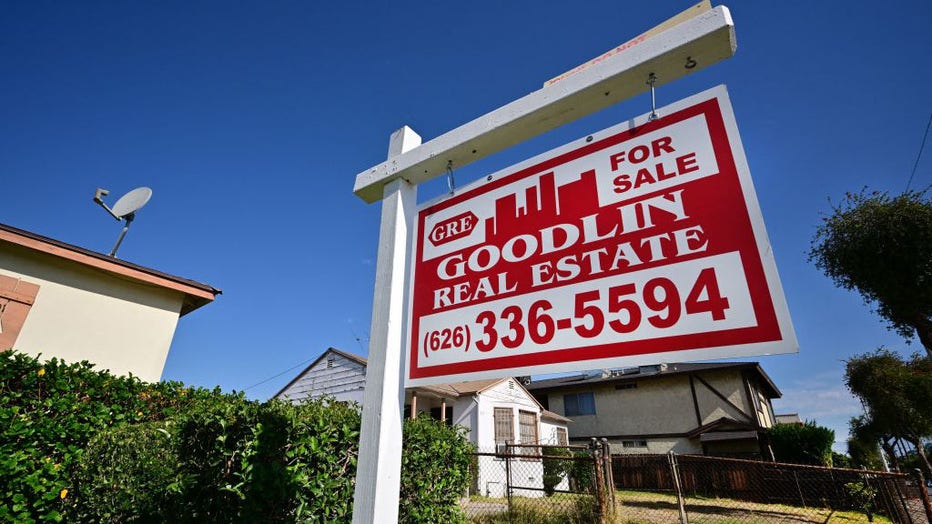 A For Sale sign is posted in front of a property in Monterey Park, California, on Aug. 16, 2022. (Photo by FREDERIC J. BROWN/AFP via Getty Images)

"The softness in home sales reflects this year's escalating mortgage rates," NAR chief economist Lawrence Yun said in a statement. "Nonetheless, homeowners are doing well with near nonexistent distressed property sales and home prices still higher than a year ago."

There were about 1.28 million homes for sale at the end of August, according to the report, an increase of about 2% from July and unchanged from last year. Despite more homes sitting on the market, homes still sold on average in just 16 days — near a record pace. Before the pandemic, homes typically sat on the market for about a month before being sold.

At the current pace of sales, it would take roughly 3.2 months to exhaust the inventory of existing homes — down slightly from the 3.3 reading recorded in July. Experts view a pace of six to seven months as a healthy level.

The interest rate-sensitive housing market has started to cool noticeably in recent months as the Federal Reserve moves to tighten policy at the fastest pace in three decades. Policymakers already lifted the benchmark federal funds rate four consecutive times – including two back-to-back 75 basis point increases – and are expected to approve another hike of that magnitude at the conclusion of their meeting on Wednesday.

The average rate for a 30-year fixed mortgage climbed to 6.02% for the week ending Sept. 15, according to recent data from mortgage lender Freddie Mac. That is significantly higher than just one year ago when rates stood at 2.86%.

But even with higher interest rates putting homeownership out of reach for millions of Americans, prices are still steeper than just one year ago. The median price of an existing home sold in August was $389,500, a 7.7% from the same time one year ago. This marks the 126th consecutive month of year-over-year home price increases, the longest-running streak on record.

However, prices did decline slightly from the high of $413,800 recorded in June – part of a usual trend of prices declining after peaking in the early summer.