WAUKESHA, Wis. - It is the city of Waukesha’s 125th anniversary and there are many ways it is being celebrated.

At the Waukesha County Historical Society and Museum, organizers are putting this milestone into context with a new exhibit that looks at the city’s history through the everyday life of its citizens.

"How does it connect to the city of Waukesha?  What is it about this object that can demonstrate an aspect of what it is to be in this city?" asks Executive Director Bonnie Byrd about the History of Waukesha in 100 Objects exhibit. 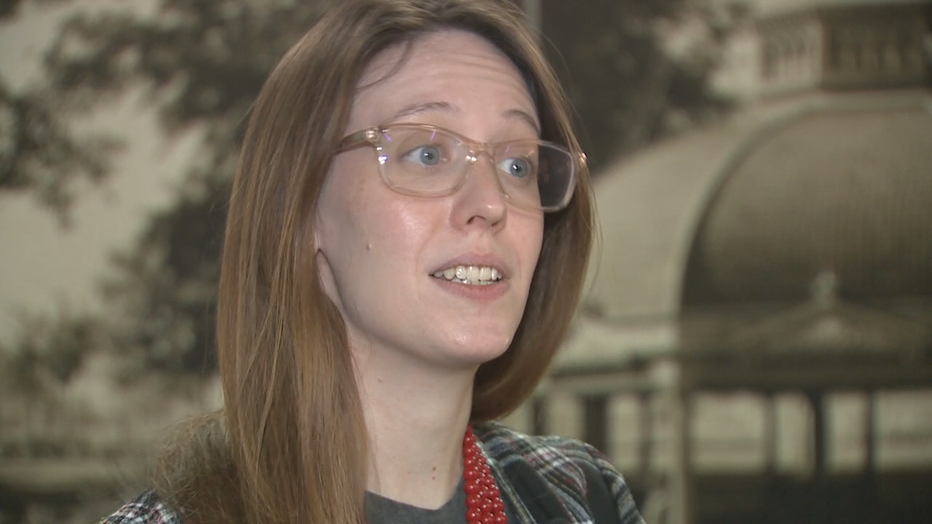 Byrd and her team spent the last nine months putting together this exhibit. From a 1920s camera that nearly fills the room, to a cash register that once belonged to one of the city’s oldest businesses.

"We went in and really thought about the city of Waukesha and in the last 125 years, what are the main themes that came out?" Byrd said.

The exhibit explores the city’s history through ten collections of items: Agribusiness, Businesses, Civic, Education, Industry, Recreation & Entertainment, Religion, Service, Social & Cultural and Transportation.  These ten collections are grouped into four galleries at the museum.  For Byrd, the real treasures are the ones forgotten over time. 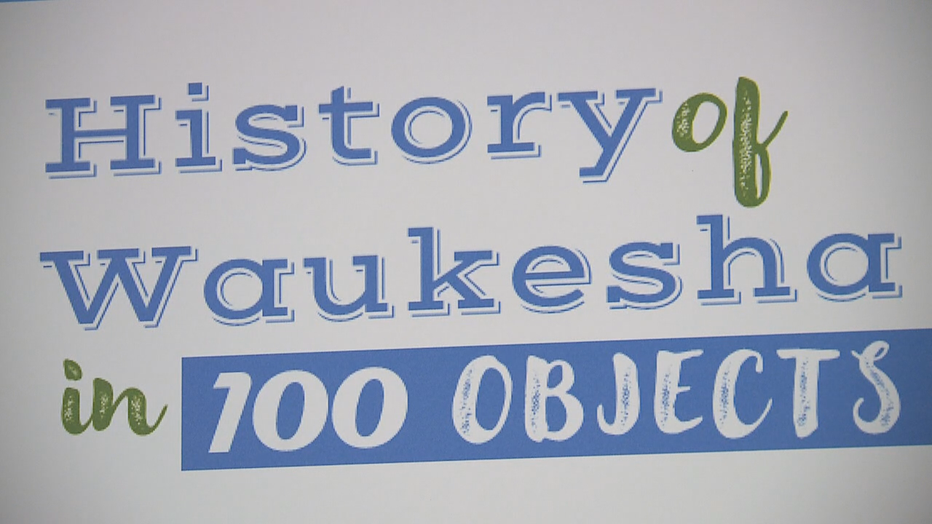 "It is from Goff’s restaurant," Byrd said as she points to one of her favorite objects in the exhibit.  "You can see the logo at the top of the plate."

Opened as the Ideal Restaurant in the mid-1890s by Chester ‘Chet’ Goff on Clinton Street, Goff’s also employed some of the area’s most recognizable names. Countless Carroll University (then Carroll College) students over the years worked here, including future Milwaukee Mayor Daniel Hoan and "My Three Sons" star Fred MacMurray.

"I was a very affordable place you could come into in the 1930s and get a good spread of a meal at an affordable rate," Byrd said.

The plate was part of a buffet service.  For only $1 the "Goff’s Special" included tenderloin steak, French-fried potatoes, asparagus and peas, on a special plate with dividers for each item.

"Around the same time the city is starting in 1896 you’ve got Goff’s Restaurant right there at the start," Byrd reminded us. 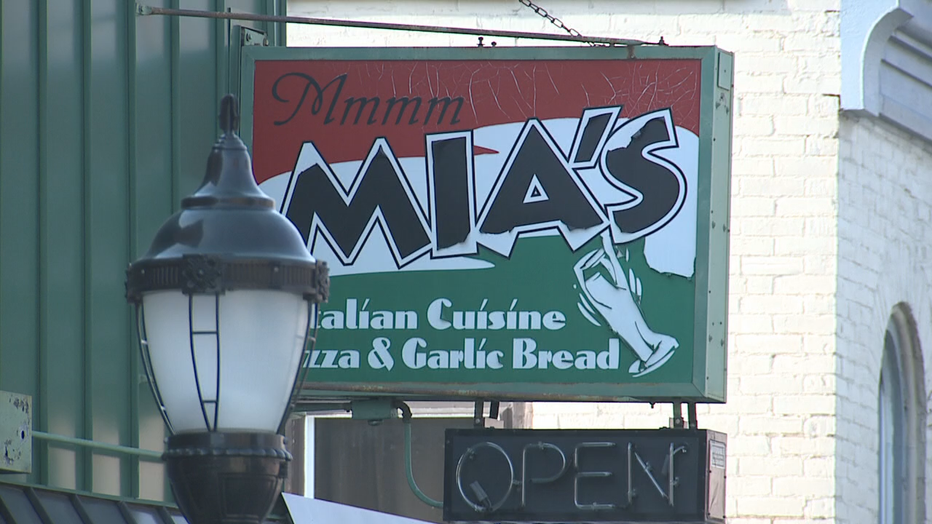 The restaurant was sold in 1974 and eventually became what it is today, Mia’s.

History always ties back to the present.  Nowhere is that more evident than these public health warnings on display. 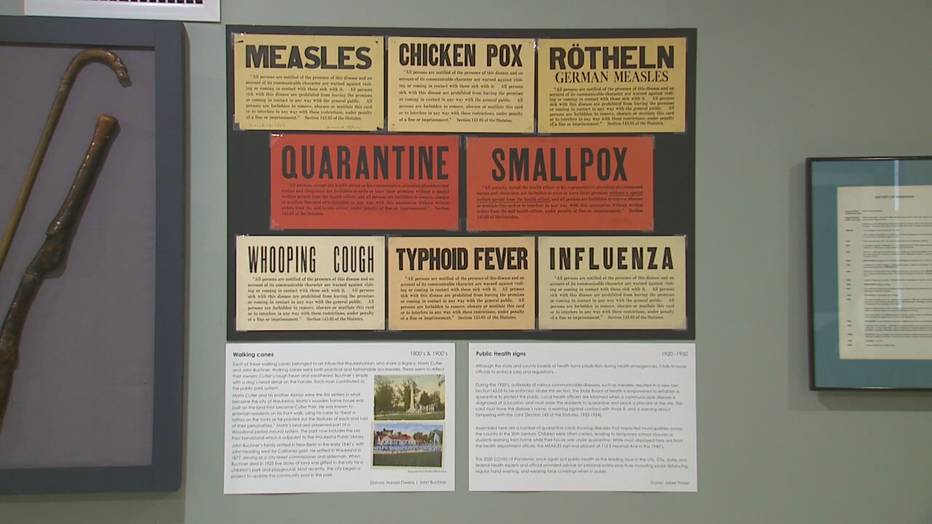 "They were used to mark homes that were known to have a publicly communicable disease," Byrd said.

A measles sign was posted on a home along Newhall Avenue in the 1940s.  ‘Quarantine,’ however, is now seen through a different lens after the coronavirus pandemic. 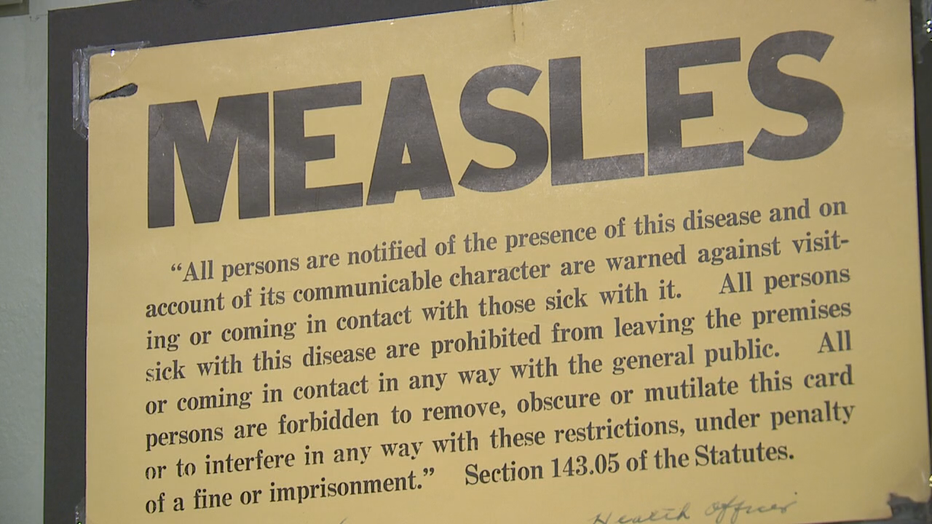 "That really reminds that this has been a role and function [public health] that was born of these prior events in the 20th Century dating back to the Spanish Flu pandemic," added Byrd.

History also repeats. It is because of COVID-19 the exhibit has to limit its hours and capacity. There is little doubt an exhibit of the future will have it on full display. 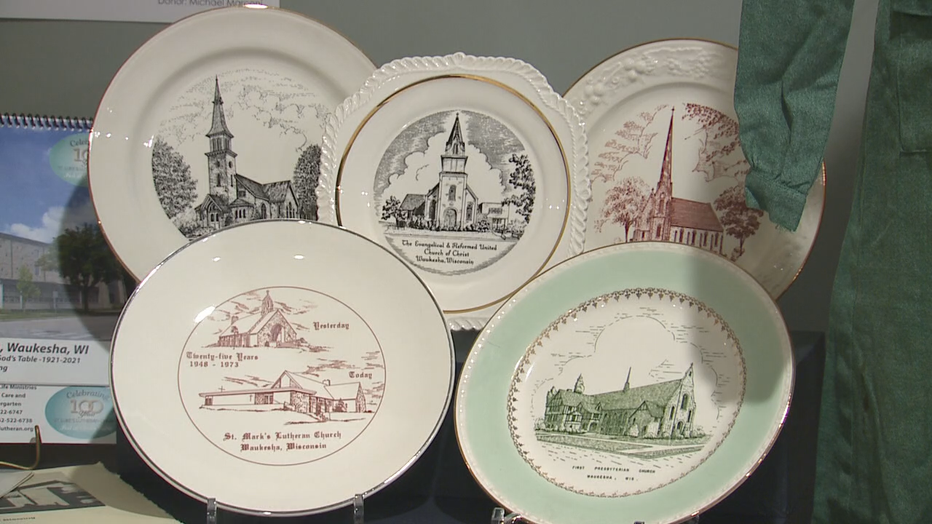 "If they were looking for something from 2020 – it would be a face mask," Byrd said.  "If it were my present curator brain 125 years in the future, I would want [a face mask] that someone had made themselves."

A historic period for Waukesha in more ways than one.

"The 125th Anniversary is this great opportunity to step back, reflect upon what it is that’s gotten us to this point," Byrd said.

There is plenty of time to catch this exhibit. It will run through March of next year and is featured virtually online.