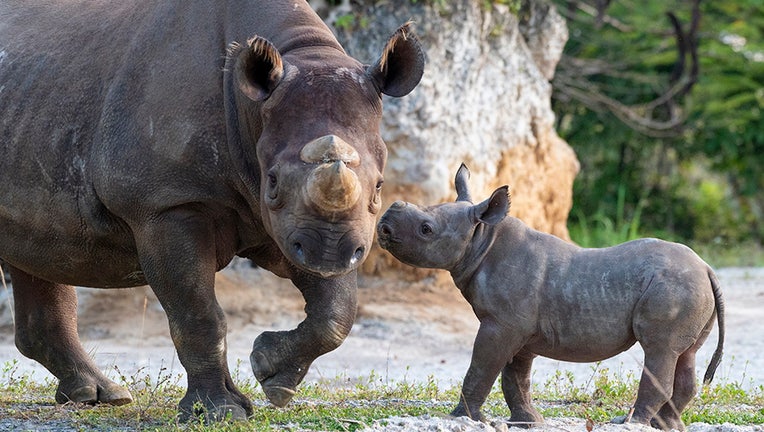 MIAMI - Zoo Miami has welcomed the newest member of its family: an endangered black rhinoceros calf.

According to the zoo, 21-year-old Circe gave birth to a baby boy on Feb. 24 after a 15-month-long pregnancy. This is her fourth baby.

The 21-year-old father named Eddie came to Zoo Miami in 2006 from Busch Gardens Tampa Bay. He's fathered three offspring, all of them with Circe. 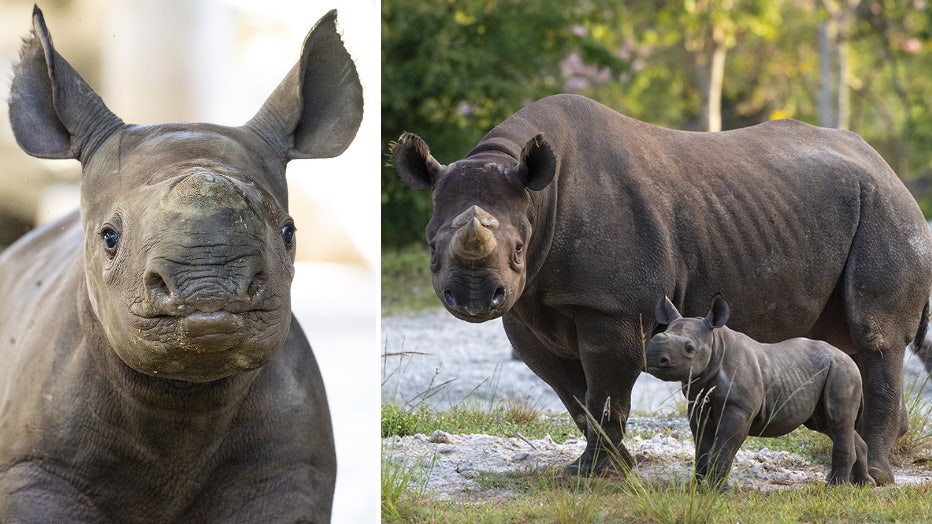 Zookeepers said Circe has been a very protective mother and has stayed off-exhibit at the zoo since the birth so she could properly bond with her baby without "external stresses."

The boy calf has been nursing regularly and growing rapidly, keepers said.

It's the 13th successful black rhino birth at the South Florida zoo, making it one of the nation's most successful zoos in maintaining and reproducing the highly endangered species. 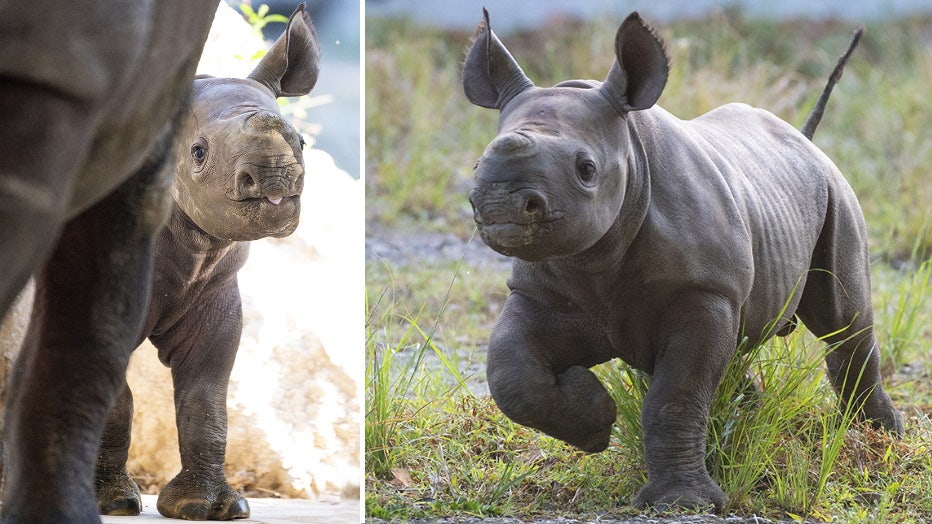 At the beginning of the 20th century, there were well over 100,000 black rhinos in Sub-Saharan Africa. But now, less than 5,000 remain in the wild. They are threatened by poachers who are after their horns, which is believed by some cultures to possess medicinal qualities. Others want the horns as a "symbol of status," the zoo said.

RELATED: Boy bitten by shark in South Florida during first trip to beach

"It is actually nothing more than a keratin-based material similar to fingernails and hair, and has never been proven to have any medicinal qualities at all," Zoo Miami Director Ron Magill said.

Black rhinos are herbivores and can weigh up to 3,000 pounds. They can be found in Eastern and Southern Africa. 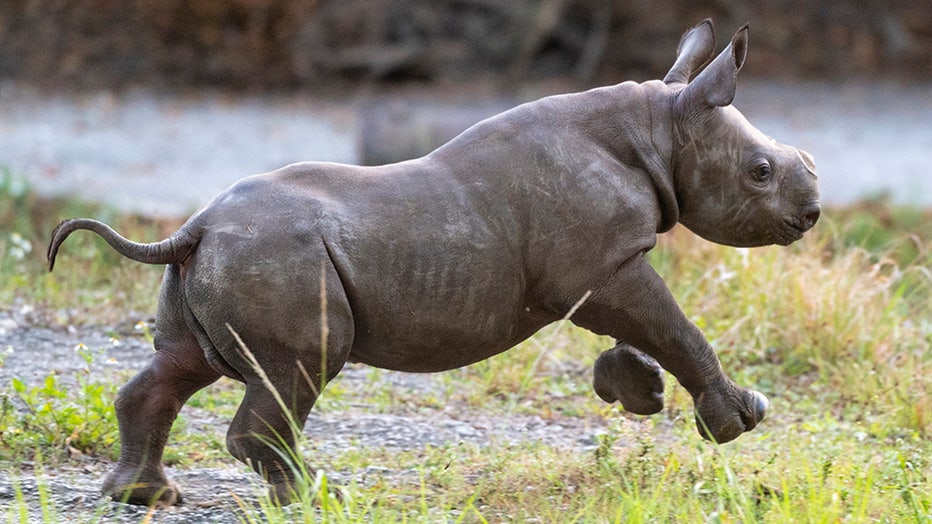 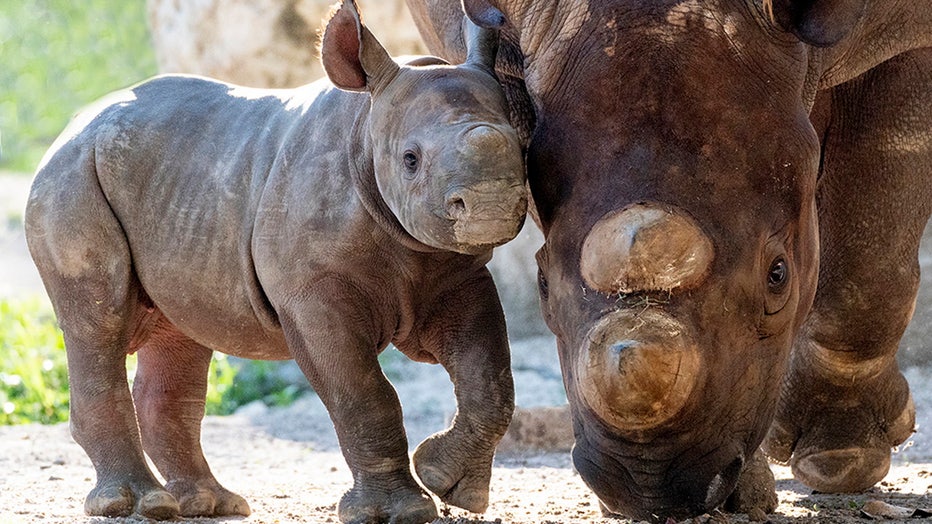 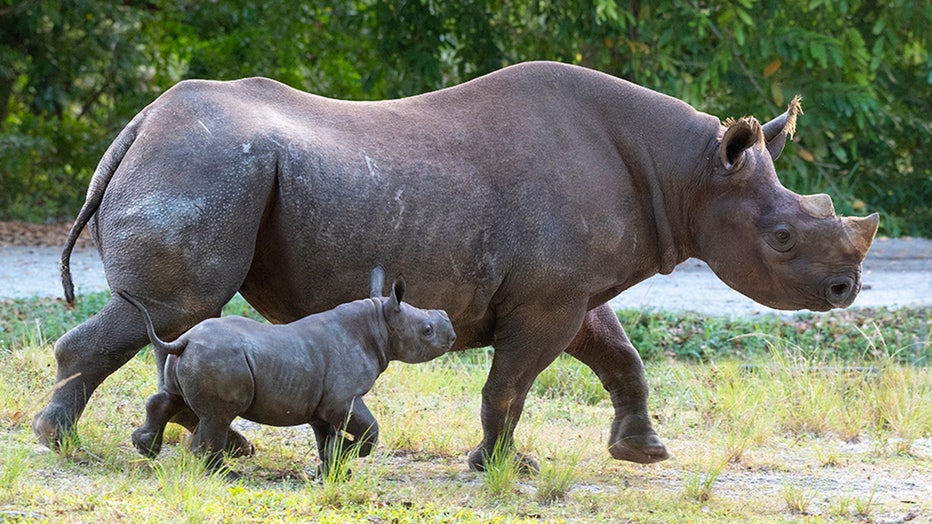