Eight current and former employees spoke with FOX6 on the condition of anonymity to protect their jobs.

Wauwatosa School District launched an internal investigation after FOX6's reporting revealed Assistant Superintendent of Teaching and Learning Kristin Bowers encouraged the adoption and implementation of the college and career readiness program AVID (Advancement Via Individual Determination) while the company was compensating her husband, Brett Bowers.

In response to an open records request, the school district released the report to FOX6 on Friday afternoon. The records include a letter from Kristin Bowers defending her actions, as well as an attachment with documents upon which the investigation relied. 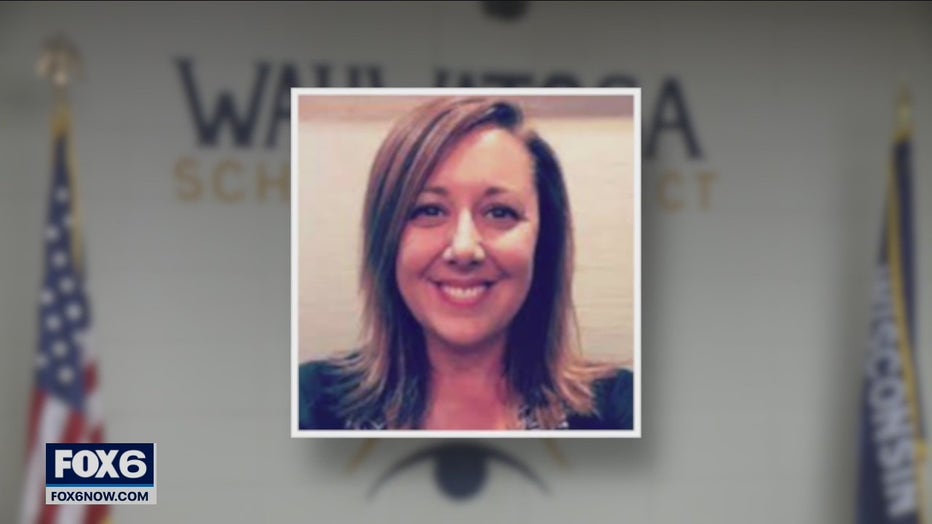 Rather than initiating its own search for emails, Wauwatosa's investigation says it relied on its previous responses to open records requests for Bowers' emails, a letter from AVID about Brett Bowers' salary, as well as contracts, invoices, and several other documents FOX6 had already used in its reports and the district subsequently posted to its website.

The report stops short of saying Bowers broke the law, but does conclude she violated policy.

"This reads to me like they're trying to give her a payout," one employee told FOX6. "She'll be gone, but she'll still get something out of it and the people who let it happen will get to go onto the next thing."

Bowers' resignation is tucked into Monday night's personnel consent agenda for school board approval. The agenda does not indicate whether Bowers has a resignation agreement with the district that includes a payout.

In a phone call, superintendent Demond Means declined to answer questions about whether the district had a resignation agreement with Bowers, who is under contract until June 2023. When FOX6 emailed board members with questions about how a vote for a resignation agreement would work, a district spokesperson replied saying no "separate vote" is required. 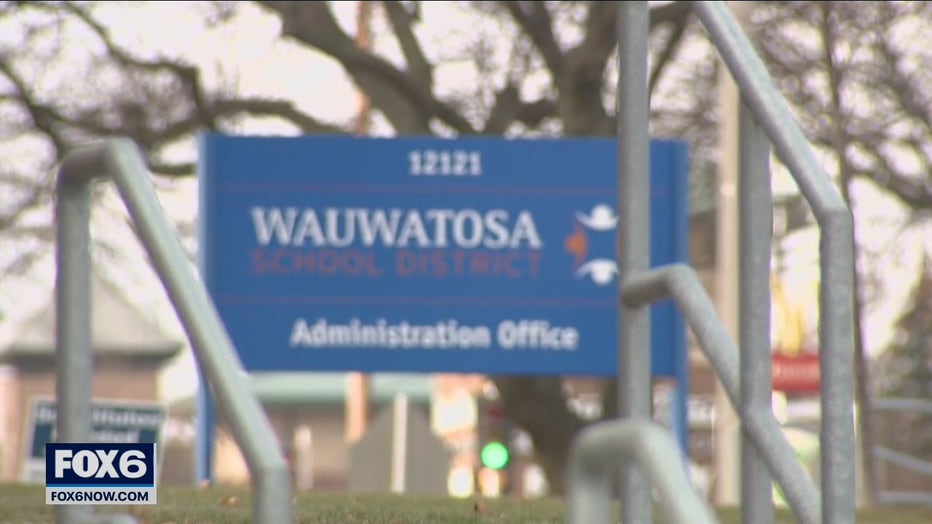 She did not address FOX6's inquiries about employees' concerns over how the district conducted its investigation.

In her first statement on the matter, in the form of a letter the school district sent alongside its investigative report, Bowers said she has "striven to be a model of professionalism and integrity," and disagrees with the conclusion, but not the alleged facts, in the report.

In 2019, Wauwatosa School District received a legal opinion saying Kristin Bowers should stay out of AVID decision-making, specifically related to the program's contract. But public records show Bowers continued to give input on AVID decisions in the following months and years.

In Wauwatosa's investigation, Bowers said she approved a more than $22,000 AVID expense at then-superintendent Phil Ertl's direction, but later told him it made her feel "uncomfortable." The district did not include documentation of that conversation.

The investigation says Bowers approved the expense because then-administrator Dave Dentinger (spelled "Dettinger" in the report) was on vacation. However, three former and one current employee say Dentinger did not typically approve those kinds of expenses.

School board policy requires at least three price quotations on purchases for more than $20,000 on most occasions, and board approval for purchases "not contemplated during the budgeting process or [exceeding] the purchasing threshold by $20,000."

The report says Bowers and Carter claimed they were unaware of this threshold. Current and former employees expressed disbelief that the two administrators would not have known about the policy; two former employees say Bowers had informed them of the policy on prior occasions.

The report does not address Bowers' email to the district's business office saying "there is a need to purchase everything listed" in the AVID contract. It also omits details about Bowers reviewing the AVID contract, agreeing to meet with AVID representatives specifically about the contract, initiating a meeting with the superintendent about AVID expansion, the emails her husband sent encouraging the district's adoption of AVID, and Kristin Bowers' emails to the superintendent encouraging the program.

Bowers' letter says AVID was then-superintendent Phil Ertl's "articulated vision," which she supported while "following the direction" of her supervisor. But current and former district employees say if they had been interviewed for the internal investigation, they would have shared their experiences that Bowers was "instrumental" in the district's decision to adopt AVID, as she "really sold the program at every opportunity."

Wauwatosa School District would later admit it violated its own policies by not seeking out quotes and bids from other companies when exploring the AVID contract.

Current and former Wauwatosa School District employees tell FOX6 while some staff members were genuinely excited about AVID, those who were skeptical about the program's ability to deliver on its promises felt like they could not speak up because of the Bowers' relationship. 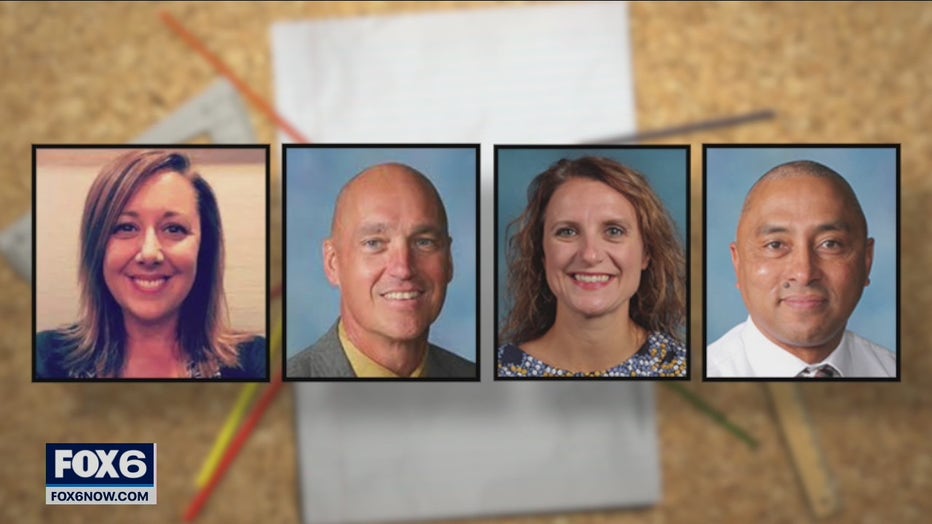 Employees tell FOX6 this point stood out to them in the investigation, because all four people are seen as having motivation to defend Bowers' actions, given their positions and involvement in the contract.

Current and former employees who were involved in AVID discussions tell FOX6 they had knowledge of the situation and would have liked to participate in the district's investigation, but no one approached them. The investigative report says a Buelow Vetter attorney and current superintendent Demond Means conducted the interview.

Public records show Means originally strategized with Bowers about her defense after FOX6 started asking questions in October, including a draft statement that mischaracterized the contents of the 2019 legal opinion.

But after board members learned what FOX6 uncovered, the school district put Bowers on paid leave, voted to make the legal opinion public, launched an investigation, and voted to end its relationship with AVID after the current school year.

In Wauwatosa's investigative report, Ertl and Kristin Bowers say they thought the potential for a conflict of interest was mitigated when Bowers informed Ertl her husband had taken a full-time job with AVID in 2019. Ertl made it a point to say he had prohibited teachers from tutoring students or giving them music lessons for money on the side, but he did not see an issue with Bowers' actions. 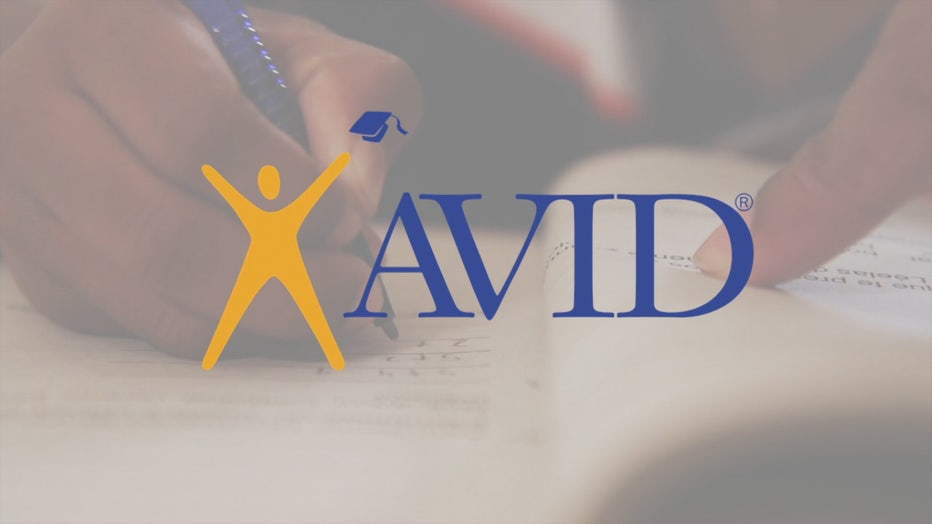 Wauwatosa's report emphasizes the claim Brett Bowers received no additional, direct compensation as a result of school district's contract with his employer, supported by a letter from AVID. The district admits it is unable to independently confirm this claim.

Wisconsin law prohibits "public officials" from using their positions to benefit themselves, immediate family, and organizations with which they are associated.

Wauwatosa School District policy prohibits activity that "conflicts or raises a reasonable question of conflict" with school duties and responsibilities.

Wauwatosa Police say they are investigating.

The report's conclusions say Bowers violated policy, and the conflict of interest issue should have been revisited upon her promotion to Assistant Superintendent of Teaching and Learning, as it "seems highly unlikely" she would have been able to recuse herself from AVID decision-making.

The report also recommends Means "consider appropriate action," along with a review of school district policies.

UW-Madison cancer researchers are getting help from a unique partner on campus – sharks. Dr. Aaron LeBeau is leading the research.