Black voter participation in 2016 dropped in Milwaukee. This election cycle, several organizations made an effort to boost involvement from the city's Black community.

MILWAUKEE - After low turnout by the Black community in Milwaukee in the 2016 presidential election, efforts were boosted in the city to increase access to the polls over the past few years.

Efforts by various community groups sought to get out the Black vote in Milwaukee. Although it's too soon to tell if that happened, at the city's Central Count Office, early indications are that overall voting numbers are up from 2016.

Casting votes for President Donald Trump, Joe Biden and a mix of other candidates, Black voters turned out for Tuesday's election in Milwaukee. Many voted from home and for the first time.

"A lot of weight put on the Black community to be able to produce really good turnout numbers and to be higher than 2016, where we know there was a significant drop in votes," said State Rep. David Bowen. 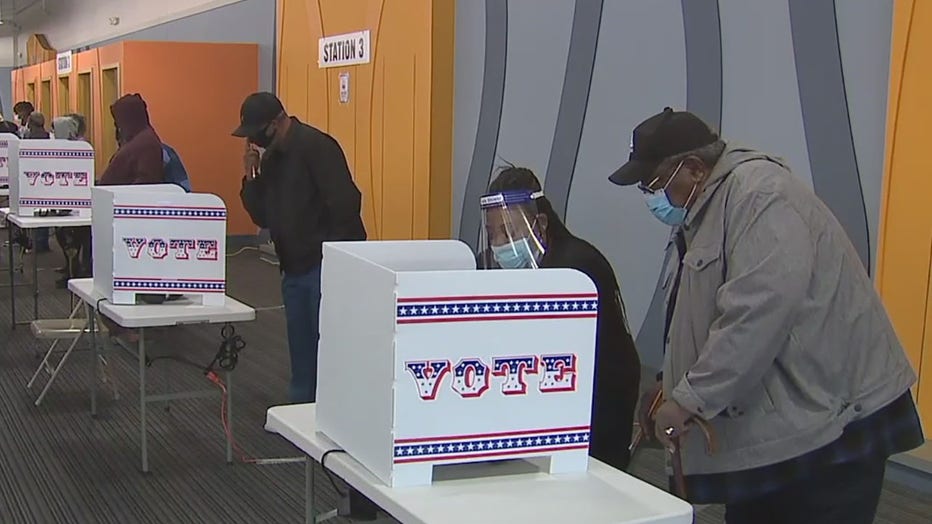 Rep. Bowen said he saw a renewed sense of pride in voters at the polls.

"I think they’re going through voter suppression and a number of oppression tactics to keep them from observing their power politically," Rep. Bowen said. "They fought through that to get engaged and get their votes counted."

Seeing more Black voters turning out from home for this year's presidential election than last, Rep. Bowen said voters were motivated by the continuing effects of COVID-19 and a summer of Black Lives Matter protests.

"People used the early vote process, absentee mail-in voting process, processes sometimes they may not be used to, they decided to trust in, to take the easy way of getting their ballots in," said Rep. Bowen.

Rep. Bowen, who is Black, said he is proud of the community for coming out to "make their voice heard, make their power felt."

The Trump Campaign on Wednesday, Nov. 4 released a statement requesting a recount in Wisconsin.