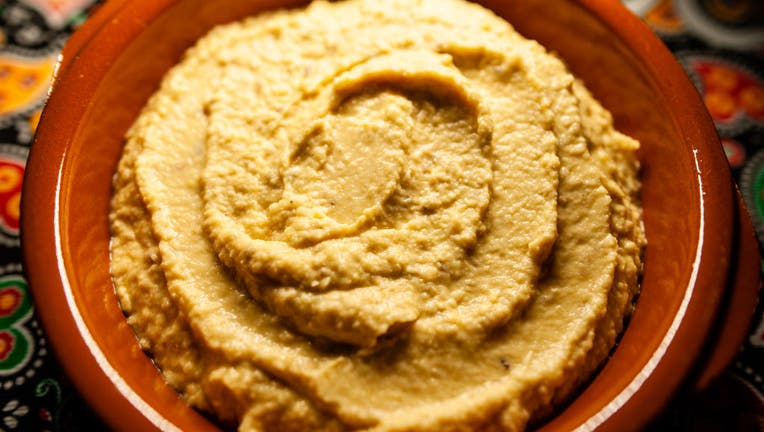 Hummus is the quintessential Middle Eastern dip made by blending chickpeas with tahini or sesame seeds, garlic, citrus, and olive oil. (Photo by Romy Arroyo Fernandez/NurPhoto via Getty Images)

Apparently, you can have too much hummus.

This news might come as a shock to fans of the chickpea dip, but health experts noted this not-so-well-known fact in an interview with nutrition resource Eat This, Not That.

Degreed nutritionist Heather Hanks told the online food publication in February that eating hummus in excess can cause gastrointestinal inflammation.

In her own words: "Hummus is made from chickpeas, which are a legume. These can be hard to digest for many people, and induce GI inflammation."

Gastrointestinal inflammation is a biological response that occurs in the digestive tract when the organ comes into contact with "pathogens, damaged cells, or irritants," according to a study from Gastroenterology Research and Practice – which was published by the National Center for Biotechnology Information.

AMERICANS ARE EATING LOTS OF UNHEALTHY FOOD – EXCEPT AT SCHOOL, STUDY FINDS

The condition is often related to inflammatory or irritable bowel syndrome, which both cause pain in the intestines in addition to gas, diarrhea and constipation.

Meanwhile, the academic medical center Mayo Clinic says women should try to eat at least 21 grams of fiber per day and men should eat at least 30 grams for a well balanced diet.

Eating more than 70 grams of fiber daily is when digestion issues can occur, a report from Medical News Today states.

This would mean eating more than 4.5 tablespoons of hummus can put your body at risk, which is something that’s easy to do when using the dip to complement chips or veggies. Moreover, the food items you choose to go along with your hummus could be loaded with fiber as well.

Registered dietician Kelsey Lorencz told Eat This, Not That that people can eat a "couple of tablespoons" but should make sure to drink "plenty of water" throughout the day to help flush fiber out.

Hummus is often recommended as a health food since its ingredients make it low in calories. The Middle Eastern dish was valued at $811.9 million in 2020 and is expected to surpass $1 billion by 2026, according to market research published by 360 Research Reports.

The Milwaukee health commissioner said 265 community clinics are scheduled through the rest of the summer, including with the Milwaukee Brewers this week.