Trees remained down and wood chippers throughout the day Thursday, the area near Eagle Spring Lake still showing remnants of Tuesday's storms.

EAGLE, Wis. - Trees remained down and woodchippers ran all day Thursday, Aug. 12 in the town of Eagle – the area near Eagle Spring Lake still showing remnants of Tuesday's storms.

Winds knocked a tree into the parking lot of a boat launch. Had the winds shifted a different way, it might have ended up on a home.

"We weren’t home. We were up in Sister Bay," Gillette said.

Neighbors called to tell Gillette that a Japanese elm tree in her backyard crushed a fence before falling to the ground.

"We feel very lucky. It’s just a tree. We can fix that," said Gillette. 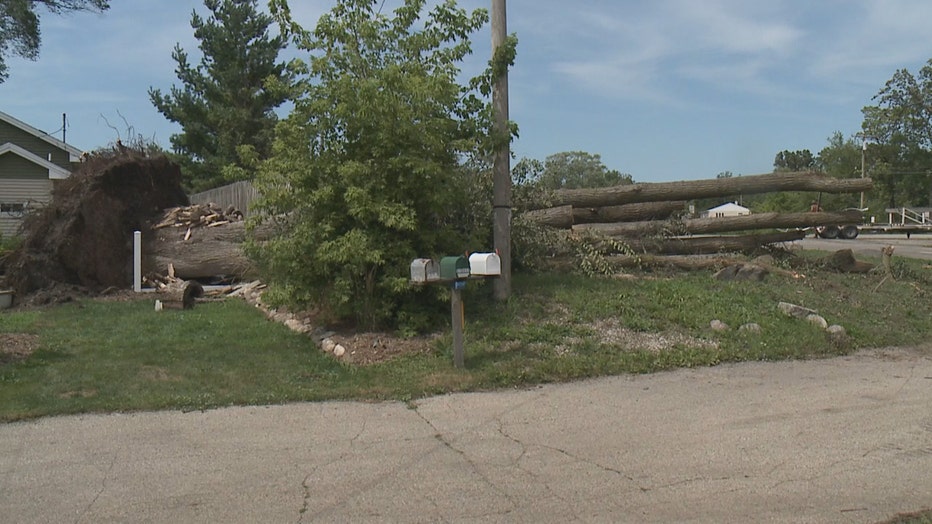 The tree also took down powerlines.

"It took out all the power was out around here. We had a generator," Gillette said.

With power since restored in her area, and cleanup almost complete, Gillette is thankful for her neighbors.

"It’s so nice. Everybody just gets together and we just all helped each other out," said Gillette. 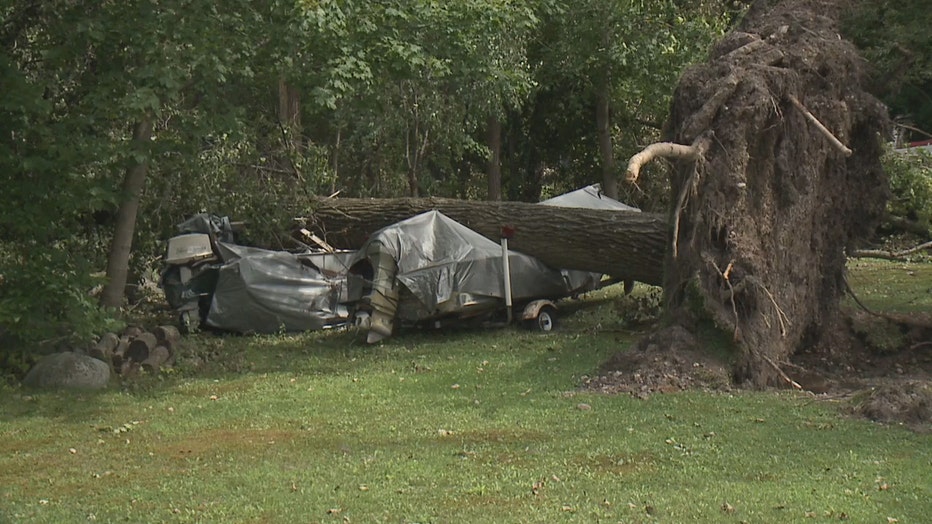 Tree down near Eagle Spring Lake

As she cleared tree limbs and leaves from her yard, Gillette tossed them into a wood chipper. There was no major damage at her hope, but just up the street, it was a different story.

M&M Tree Care manager Zach Miller loaded up a boat with three chainsaws and other tools. He said work has been almost nonstop.

"We have a tree out on lake property here, it’s actually out in the middle of the lake. There’s an island house and we gotta take this tree down that’s leaning over a boathouse," Miller said. "It’s been a pretty hectic week. Lot of trees down and just responding to whatever we can as fast as we can," said Miller.

Power restored for 175K, outages could last for some until Saturday