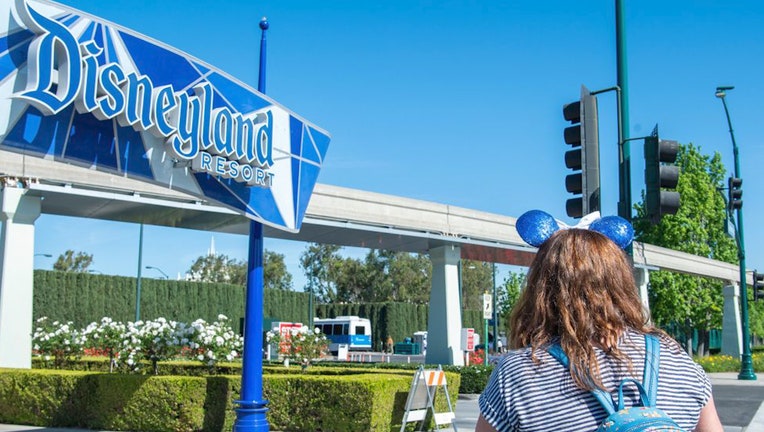 FILE - A visitor wearing Mickey's ears arrives Disneyland on the day of the park's re-opening on April 30, 2021, in Anaheim, California.

ANAHEIM, Calif. - The Disneyland Resort will soon be home to a new attraction - one of the most expensive sandwiches in the world.

The Anaheim, California, resort will feature a new panini sandwich that will debut when Avengers Campus opens at Disney California Adventure Park June 4, according to the Los Angeles Daily News.

The sandwich has an eye-popping price of nearly $100. To be fair, the sandwich is meant to be eaten by more than one person.

The Marvel land’s Pym Test Kitchen is themed to the movie Ant-Man and the Wasp and will serve meals that have been shrunk or expanded in size.

So, what's in the Pym-ini Sandwich that costs this much?

It comes with salami, rosemary ham, provolone and sun-dried tomato spread on toasted focaccia and can feed up to eight people.

The sandwich will also be available in a single serving for $14.99.

No lifeguards at Bradford Beach concerns some

With what felt like the unofficial start to summer, Bradford Beach was packed as temps neared 90. However, safety advocates are worried about a group of people that wasn't there.