About 2 million more Wisconsin residents, including those with certain pre-existing conditions, will be eligible for the coronavirus vaccine.

MADISON, Wis. - About 2 million more Wisconsin residents, including those with certain pre-existing conditions, will be eligible for the coronavirus vaccine in the next round to be announced Thursday, March 11.

That would be the single largest expansion of vaccine-eligible people in Wisconsin since the first doses began trickling into the state in mid-December. Those were targeted to front-line health care workers, then expanded to those over age 65 and this month a group of 700,000 people. including all teachers, were made eligible. 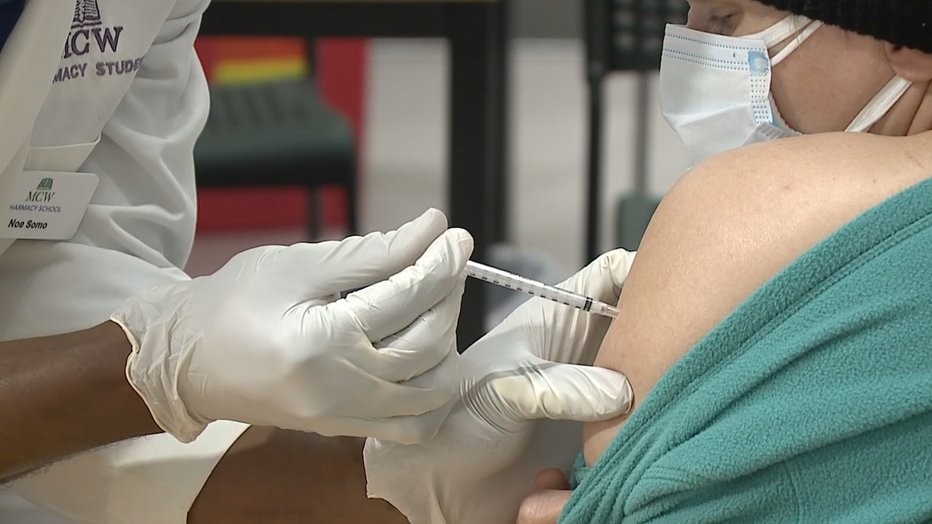 Health officials have been under pressure to broaden those eligible to people with underlying health conditions that could put them more at risk of serious illness should they get COVID-19. State health officials have been working to determine which pre-existing conditions will make a person eligible and are expected to announce the next group, about 2 million people, on Thursday, said Julie Willems Van Dijk, deputy secretary of the Wisconsin Department of Health Services.

It didn't make sense to allow such a large group of people to become eligible earlier when vaccine supply was limit to only 70,000 doses a week, Willems Van Dijk said in an interview. But now with the state getting more than double that number of doses a week, not counting 48,000 of the one-dose Johnson & Johnson vaccine this week, the time has come to expand eligibility, she said.

Expanding too fast and creating a hope that vaccine is available even though supply already can't meet demand remains a concern, Willems Van Dyke said.

"That does keep me up at night, that we’ll go too quick," she said.

Consideration was also given to the progress being made in vaccinating those who are already eligible, Willems Van Dyke said.

More than 60% of people over age 65 having received at least one dose. They are among nearly 1.1 million people have gotten at least one dose and nearly 604,000 had been fully vaccinated in Wisconsin, based on state health data.

In total, 19.7% of the state's population had received at least one dose, ranking it 18th nationwide, according to the U.S. Centers for Disease Control and Prevention. The national average is 18.1%.

Estimating how many people will be in the next eligibility group, known as 1c, is difficult because many of them may be already eligible like teachers, health care workers, transit workers, grocery store employees and people over age 65, Willems Van Dyke said.

"It’s getting harder and harder to know exactly how many people will be in an age group, but it’s going to be a significant sized group," she said, estimating it to be around 2 million.

The state is rushing to expand vaccinations to get ahead of more contagious variants of the virus take hold. Two variants have now been detected in Wisconsin even as new cases, hospitalizations and deaths continue to decline. As of Monday, nearly 567,000 people had tested positive since the pandemic began and 6,481 died. No new deaths were reported Monday and there were only 178 new positive cases, but numbers are always lower on Mondays.

CDC relaxes COVID-19 safety measures for those who are vaccinated

The CDC is relaxing some of its COVID-19 safety measures for people who are fully vaccinated.

A Wisconsin woman who spent 81 years keeping her politics private created a political stir in her obituary.

An altercation at a Mount Pleasant bar&nbsp;led&nbsp;to chaos when police said&nbsp;a 33-year-old woman rammed her car into a group of people, trapping one man underneath.