With no Republican challenger in November, she becomes Milwaukee County's first female sheriff and the first Black woman to serve as sheriff in the state of Wisconsin.

MILWAUKEE - Denita Ball won the Democratic primary for Milwaukee County sheriff Tuesday, Aug. 9, and with no Republican challenger in November, she becomes Milwaukee County's first female sheriff and the first Black woman to serve as sheriff in the state of Wisconsin.

Less than 24 hours after her primary victory, Ball said she understands the magnitude of this moment, and she is ready to get to work.

During a Wednesday morning interview with FOX6's Kim Murphy, Ball talked about the significance of her primary victory. 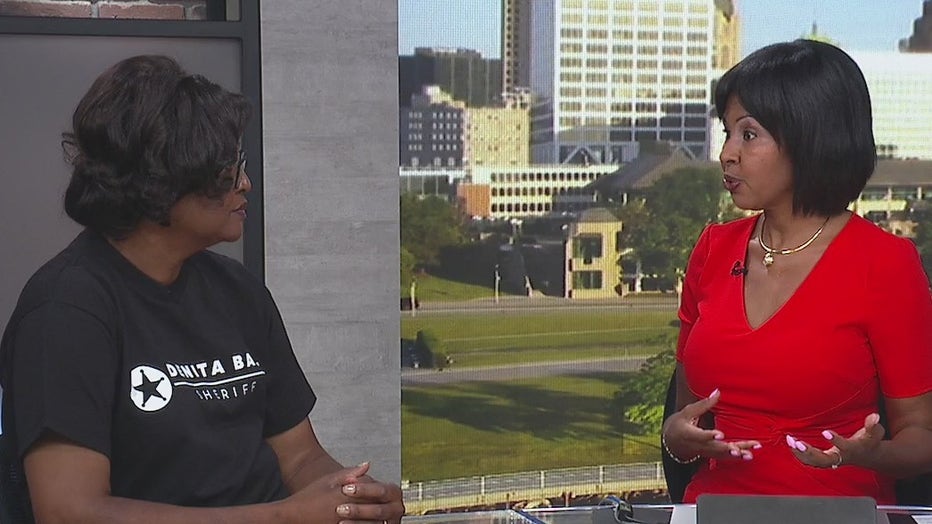 "Young girls, women, especially, who are watching, and it’s like, ‘Oh, my goodness. I didn’t know I could aspire to be the sheriff,’" said Murphy.

"I wear the magnitude of this moment, and as I’ve stated before, I may be the first but it's my responsibility that I am not the last," said Ball.

Her win comes on the heels of a no-confidence vote for Sheriff Lucas' administration by the Milwaukee Deputy Sheriff’s Association.

"I inherit that because I am part of the administration," said Ball. "We have work to do. I understand the morale. They are working more – and more mandatory overtime."

"Challenges and obstacles is not anything that she’s unaccustomed to," said Lucas.

Ball said fixing the sheriff's office's staffing shortage is a top priority. She said she's also focused on freeway safety, the parks, the airport and the courthouse.

"She cares about the work and people we serve in this community, and she’s going to give it everything she’s got," said Lucas. 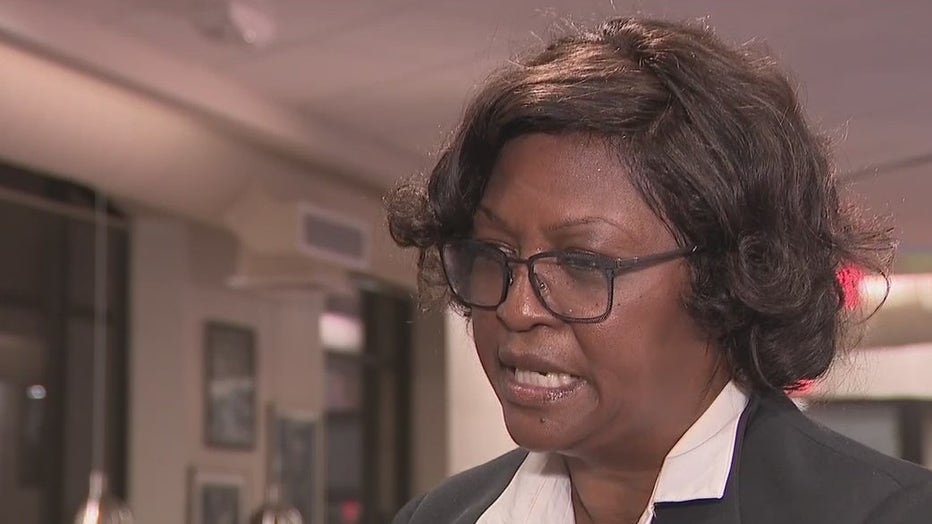 "I am second in command of the agency," said Ball. "I can start that process now. I can start working with our stakeholders to ensure we do have a stronger and safer community."

Ball will be sworn into office in January.

"I congratulate Chief Deputy Denita Ball on her primary election victory to become the next Milwaukee County Sheriff. Chief Ball has been serving as the day-to-day commander of the Sheriff’s Office since we came into office in January 2019. In this capacity, she has overseen the Sheriff’s Office budget, led our response to the pandemic, and worked on developing law enforcement best practices to ensure we are adhering to the highest standards of our profession.
She has literally had her hands on all the progress we have made over the past three-and-a-half years.

I have known Chief Ball for over four decades and could not be prouder of her accomplishments. Her historic election victory is the culmination of years of dedication and commitment to serving our community. She is an inspiration for people everywhere who have a strong faith in their beliefs. I have confidence in her judgment, experience, and leadership to move the Milwaukee County Sheriff’s Office forward with honor, integrity, and dignity."

"I am happy to learn that Milwaukee County will soon be under the leadership of Chief Deputy Denita Ball as our new Sheriff. I have had the wonderful opportunity to get to know Denita over the past several months. She is a very intelligent and a forward thinking leader. We have had the opportunity to discuss the mental health needs of individuals who are under the care of our correctional system and I believe she will work hard to find solutions to the current problems our County is faced with. And I would be remiss to leave out that it is exciting to have a strong woman in this important leadership role."

"I would like to applaud Denita Ball on becoming Milwaukee County's first First African American Woman Sheriff. I look forward to seeing Sheriff Ball bring her experience, professional integrity and leadership in bridging the gap and working towards a more transparent and productive work relationship with the County Board and the community."

At the Milwaukee Police Department, Ball rose through the ranks as a captain and deputy inspector. She became the subject matter coordinator for Bryant & Stratton College's Criminal Justice Program -- helping shape the next generation of police officers.

In 2018, at Lucas's request, she joined the sheriff's office as undersheriff, overseeing day-to-day operations.

Her priorities include creating a behavioral response unit to address mental health, utilizing more technology for investigations (license plate readers, surveillance cameras, drones) and strengthening partnerships within the community. She also sees a need for more peer support within the sheriff's office, especially pertaining to the jail.