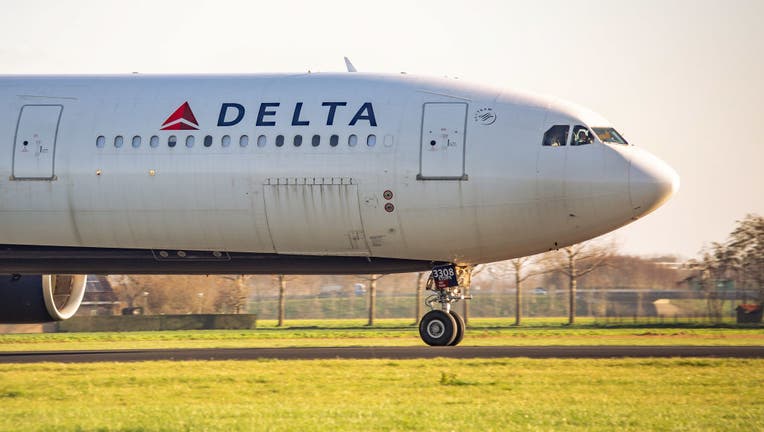 FILE - A Delta Air Lines Airbus A330 aircraft is pictured on Nov. 18, 2020 in Amsterdam, Netherlands. (Photo by Nicolas Economou/NurPhoto via Getty Images)

The decision announced Wednesday reversed a policy that had been in place since last April, and which Delta's CEO had repeatedly cited as raising trust in the airline.

CEO Ed Bastian said Wednesday that nearly 65% of people who flew on Delta last year expect to have at least one dose of the new vaccines by May 1. That, he said, gave Delta the assurance to end seating limits.

The airline industry was divided over the utility of blocking middle seats to reduce the risk of spreading COVID-19 on a flight. Airlines including Delta, Southwest, Alaska and JetBlue limited seating for months, while United Airlines never did and American did only briefly.

All the airlines mounted an aggressive campaign to reassure travelers about the safety of flights as long as everyone wears a mask — that's now a federal requirement. They paid for a Harvard University report that concluded the risk of spreading the virus during a flight is low in part because of strong ventilation systems and high-grade air filters on most planes.

Air travel in the United States is recovering from pandemic lows. More than 1 million travelers have gone through U.S. airports for each of the last 20 days, although March traffic remains down nearly half from the same month in 2019.

Tickets for Lake Express Ferry are now on sale for the 2021 season, which will begin Friday, May 7.

A Milwaukee woman wants answers and compensation after a utility issue crashed several appliances and electronics in her home.