Timothy Olson called FOX6 Investigator Bryan Polcyn from the Milwaukee County Jail to tell his side of the story, but there were some questions he did not care to answer.

"These women lie, and everybody believes it!" said Olson in the first of three phone calls totaling nearly 40 minutes over a two-day period. 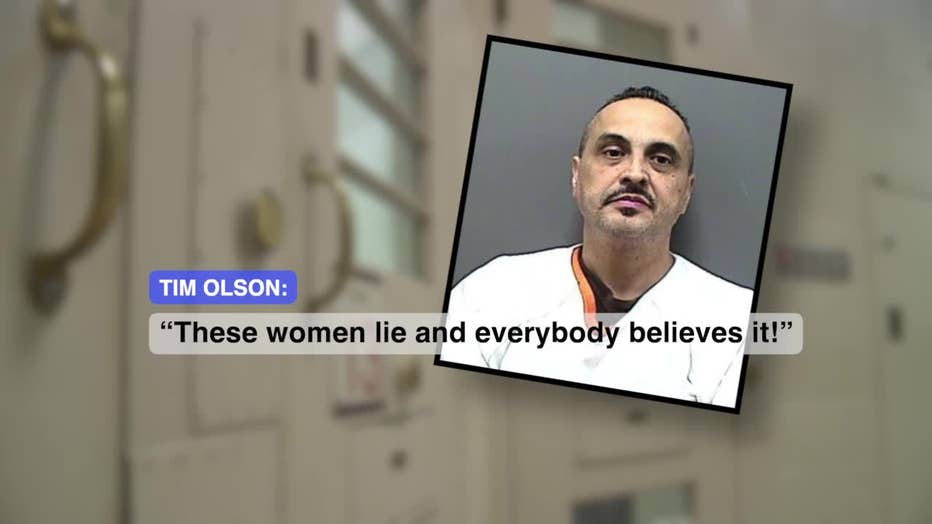 Olson placed the calls from a phone inside the Milwaukee County Jail where he is being held on charges for kidnapping a 79-year-old woman at gunpoint in Franklin.

On Nov. 9, Racine police issued a safety alert warning women in the area that Olson meets women on dating apps "and victimizes them." Nearly two weeks later, they updated the alert to indicate that Olson had been linked to three women in different jurisdictions who had fallen unconscious in his presence. One said she believed he "roofied" her – a slang term for spiking a drink with incapacitating drugs.

Olson denies drugging anyone's drink. He told Polcyn the women he meets simply give him things like their debit cards. 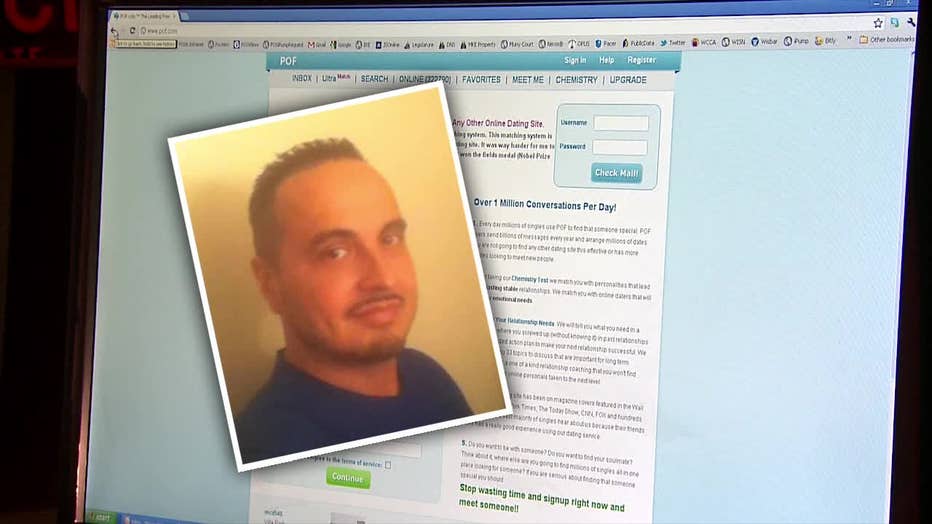 When women accuse Olson of stealing their money, he said it is only because he leaves them with broken hearts.

"She told me she loved me that night, and I didn't reciprocate," Olson said about a woman who went to police after blacking out, then finding a series of ATM withdrawals from her bank account. 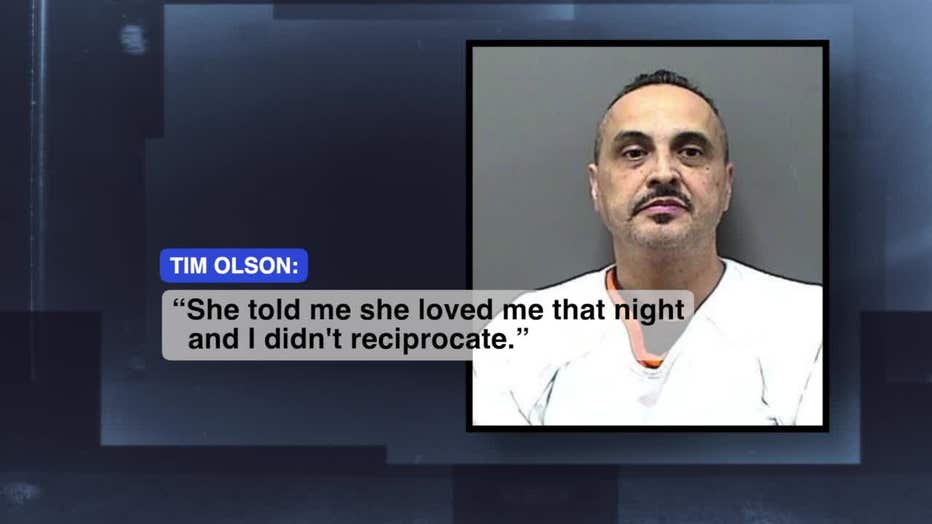 At 52 years old, Olson has a long history of committing crimes dating back to the 1990s -- including forgery and theft.

The FOX6 Investigators first chronicled Olson's predatory dating behavior in 2012 when three different women said he stole their money. One said Olson stole something far more important – vials of human growth hormone that she relied on after a debilitating car crash. Olson insists that woman gave him the medications willingly and only called police after he dumped her. He was eventually convicted of theft.

"I didn't roofie her!" Olson said, referring to a woman identified by Mount Pleasant Police only as KLB. A criminal complaint charges Olson with stealing KLB's identity and withdrawing $800 from her bank account. Olson said she gave him the money because she was drunk. 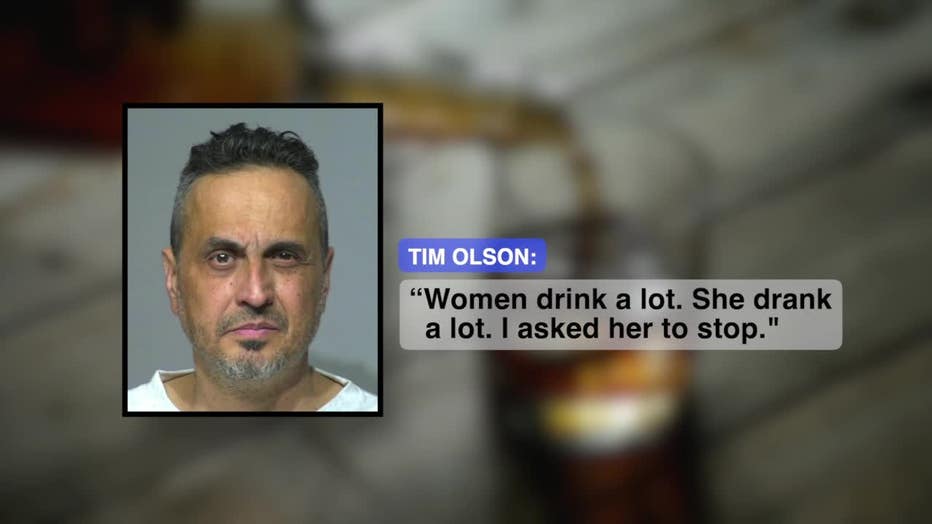 South Milwaukee police say Olson is a person of interest in the death of another woman -- Kim Mikulance -- who friends know as Raina Reighns. She was a 55-year-old karaoke singer who lost consciousness and later died after drinking at a bar with Olson. 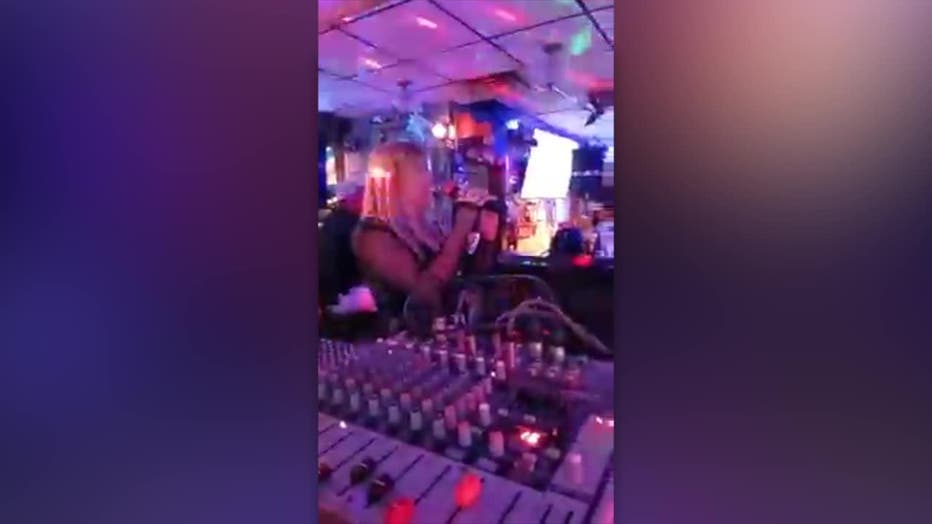 Olson claimed the woman – who is 27 years older than him – was trying to help him hide from police. She even considered renting him a hotel room, he said, then changed her mind, worried she would get caught and get into trouble. Olson admitted he may have used romance to manipulate her, too. 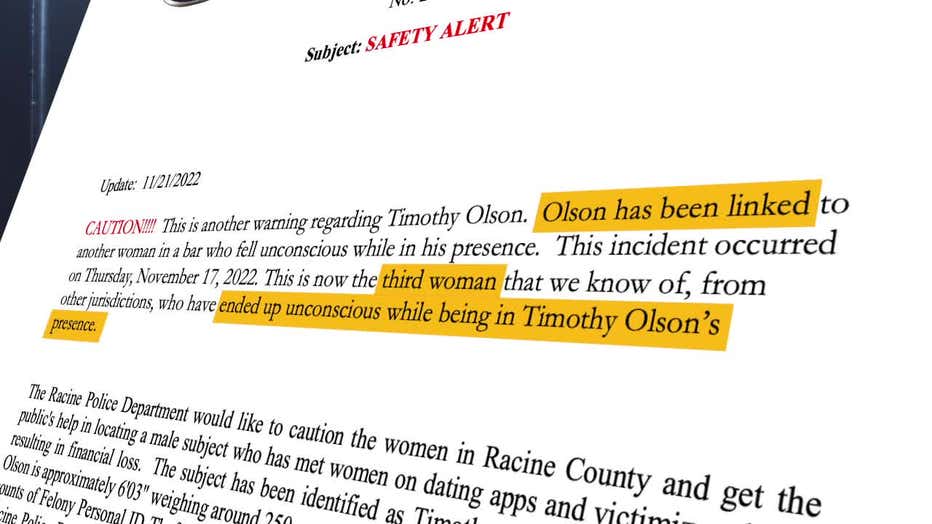 "What’s the possibility that you made her think she was in love with you so you could say, ‘Hey, help hide me?'" asked FOX6 Investigator Bryan Polcyn.

"That’s not illegal," Olson said. "Is it immoral? Sure. But is it illegal? No. But that doesn’t mean I'm capable of (expletive) kidnapping."

Olson seems to have an answer for everything. Well, almost everything.

"Do you use romance to manipulate women?" Polcyn asked.

"Come on. This is ridiculous," Olson replied. "I'm not even going to answer that. I can't help it if they're wanting to do stuff for me, and I accept it." 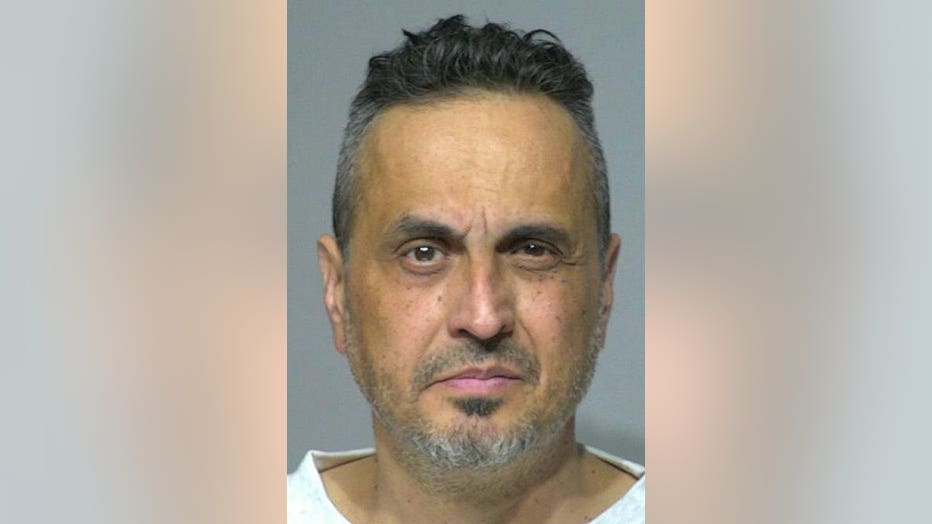 Olson is being held in the Milwaukee County Jail on charges related to the alleged kidnapping. He is also charged with five counts of identity theft in Racine.