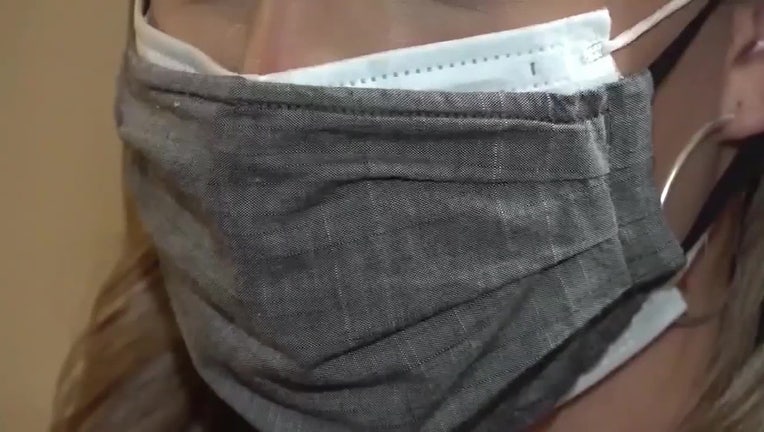 Public Health Madison and Dane County, the joint city-county health department, issued a requirement Tuesday that everyone older than 2 wear a mask indoors as a way of slowing COVID-19 cases caused by the delta variant. The order goes into effect at 12:01 a.m. Thursday.

The Wisconsin Institute for Law and Liberty filed an original action with the Supreme Court late Wednesday afternoon challenging the order, asking the justices to issue a temporary injunction blocking the order and then take the case directly without waiting for it to work its way through any lower courts.

If the court takes the case WILL stands an excellent chance of winning it. Conservative-leaning justices hold a 4-3 edge on the court and earlier this year they killed Democratic Gov. Tony Evers' statewide mask mandate, finding that the governor needed legislative approval to keep extending it.

WILL filed the Dane County challenge on behalf of Sun Prairie resident Bryant Stempski. The law firm argues in the filing that the mandate is a "draconian" abuse of power that should have gone through the county board and Madison's common council. The action states that Stempski doesn't want his tax dollars spent on enforcing an illegal mandate.

PHMDC officials said an email to The Associated Press that they're confident the mask requirement is legal. They declined further comment.

Dane County finished the two weeks from July 26 to Aug. 8 averaging 82 COVID-19 cases and 34.5 hospitalizations daily, according to PHMDC's latest data. Two people died of the disease during that span. Nearly 70% of all county residents had been vaccinated.

Meanwhile Wednesday, the University of Wisconsin-Madison announced students and staff who can't or won't show proof of vaccination will have to undergo weekly COVID-19 testing, the school announced Wednesday.

The mandate will go into effect Aug. 30, the school said in a news release. Students and staff who refuse the tests will be held "accountable," the release said. It didn't elaborate. Asked about the consequences for not getting tested, UW-Madison spokeswoman Meredith McGlone said those details would be shared with "those who are affected."

The university implemented an indoor mask mandate earlier this month. The same day Republicans who control the Legislature’s rules committee voted to require the UW System obtain the panel’s approval before implementing any COVID-19 policies.

McGlone referred questions about whether the testing mandate has rules committee approval to UW System officials. System spokesman Jack Jablonski pointed to a statement Gov. Tommy Thompson issued in late July. Thompson said then the biggest threat to in-person classes this fall would be attempts to strip the system of tools it can use to address outbreaks. Thompson added that the system would continue to act independently to ensure campuses remain open.

Racine announced the start of a COVID-19 vaccination incentive program, offering rewards for those who get the shot, or those who bring an unvaccinated person in.

The U.S. defense secretary on Wednesday, Aug. 18 officially authorized the use of Fort McCoy to house Afghan refugees.