What we can observe in the Gabby Petito body camera video

TAMPA, Fla. - A witness called police in Utah after seeing Gabby Petito and her fiancé, Brian Laundrie, get into a physical altercation. Moab police released body camera footage of what followed. Domestic violence experts looked at that video and said Brian’s lack of acknowledgment of any wrongdoing may speak volumes.

The officers talked to Gabby and Brian about the situation, then decided not to charge Gabby with domestic violence. Victim advocates who watched the body camera footage said there are lessons to be learned from both of their behaviors.

The footage from Moab police in Utah shows officers talking to Gabby Petito before she disappeared.

A witness called officers about a potential domestic violence situation on August 12 after seeing the couple argue and get physical. 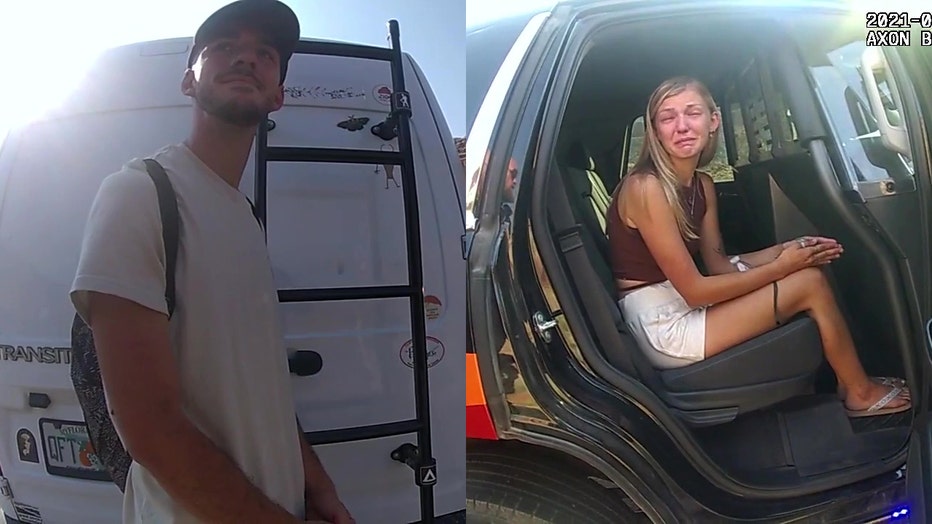 "She talks about her mental health issues, her OCD specifically, and that that there was there was some tension between the two," described Clara Reynolds, president and CEO of the Crisis Center of Tampa Bay, after watching the hourlong video.

Full video from the Moab City Police Department in Utah shows officers investigating an incident between Gabby Petito and her boyfriend, Brian Laundrie.

Reynolds said her agency handles calls daily from people looking for help in domestic violence situations. She says it’s important to trust your gut if you see something.

"And so, at least at this point, there is recognition that within a couple of weeks of the disappearance that there was at least one interaction that demonstrated that there were some issues between the two individuals. And so, I think it really will help as this investigation moves forward, having that evidence available," Reynolds said.

A New York-based attorney read a letter to the parents of Brian Laundrie, accusing them of knowing the location of a missing North Port woman, Gabrielle Petito, and asking them to come forward and say what they know.

MORE: 'We beg you to tell us': Attorney accuses Laundrie family of withholding Gabby Petito's location

The video also shows police asking Brian about the scratches on his body.

Officers did not charge or cite Gabby because she says she didn’t intend to harm Brian. However, Mindy Murphy, president and CEO of The Spring of Tampa Bay, says she sees the behavior of a victim in Gabby, based on her history of dealing with domestic violence victims.

"It was not unusual to hear her taking responsibility for her behaviors and, kind of, him not taking any responsibility for his. I tend to think that probably there was a lot more that he did to contribute to the situation than at least I saw in that first 20 minutes," said Murphy.

The couple was separated that night for their safety. Domestic violence experts say the video shows how important law enforcement training is in those situations.

"It's really important that law enforcement knows what they're doing, that they give a potential victim space to be able to safely talk about what's been going on," Murphy said.

Victim advocates say every couple is different, so it’s important to watch for any signs that something may be wrong – whether it’s physical or through changes in behavior.