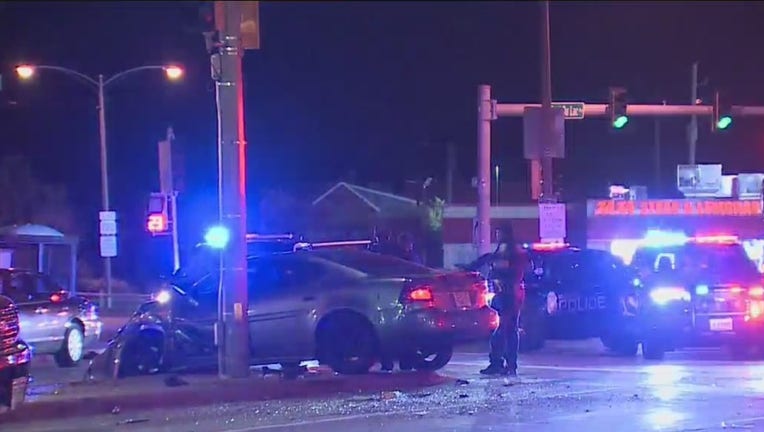 Crash near Fond du Lac and Capitol in Milwaukee

According to police, officers saw two people "firing shots" near 46th and Fairmount before getting into a car and driving off. The officers tried to stop the car, but the driver did not stop, and a pursuit endued around 10:20 p.m.

The chase came to an end near Fond du Lac and Capitol – more than a mile from where it started – when the fleeing car ran a red light and hit another vehicle, police said.

All occupants of both vehicles, including the two who were arrested, were taken to the hospital for treatment. 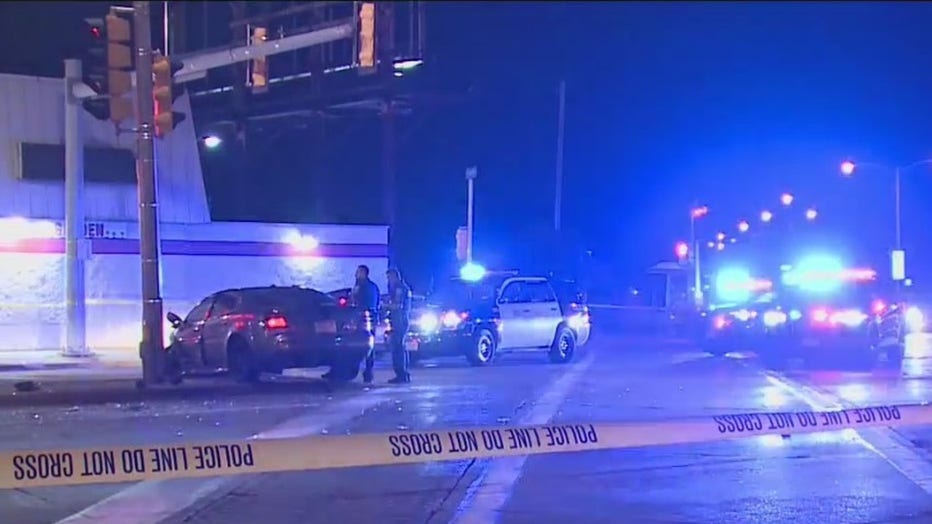 Crash near Fond du Lac and Capitol in Milwaukee

The driver and passenger in the fleeing car, identified as a 17-year-old Milwaukee boy and a 27-year-old Milwaukee man, were arrested. Two guns and suspected narcotics were recovered, police said. Criminal charges will be referred to the Milwaukee County District Attorney's Office.