Cooper Roberts, the young boy paralyzed from the waist down in the Highland Park Fourth of July parade shooting, has finally returned home after multiple surgeries and weeks of rehab.

HIGHLAND PARK, Ill. - Cooper Roberts, the young boy paralyzed from the waist down in the Highland Park Fourth of July parade shooting, has finally returned home after multiple surgeries and weeks of rehab.

The Roberts family made the joyous announcement Thursday afternoon.

"We are at a total loss of words to express how filled with gratitude, love and wholeness we now feel given that we are able to finally have Cooper back at home. There was a time, not all that long ago, where we were desperately and feverishly praying just for Cooper to live. To be able to have Cooper home and our family all reunited together again is such an amazing blessing," the family said in a statement. 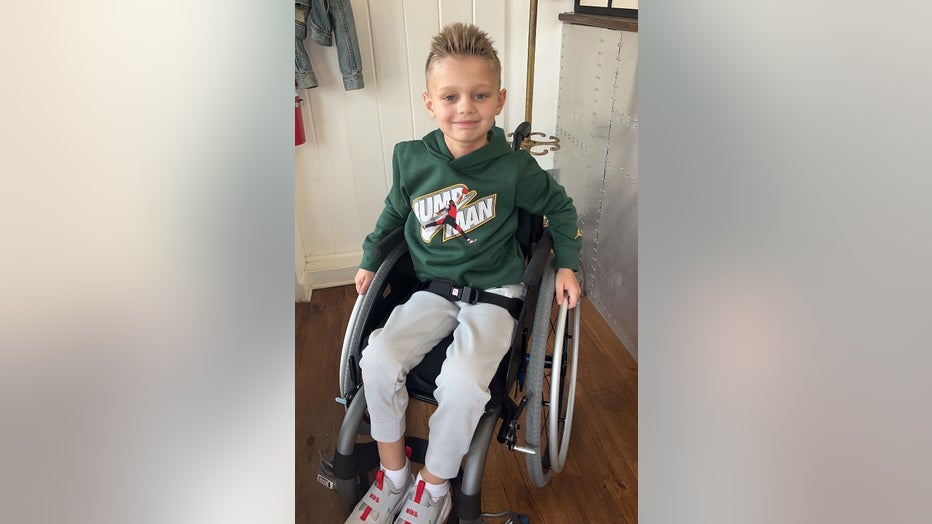 Cooper Roberts back at home

During the Highland Park tragedy, the 8-year-old was shot in the back and the bullet exited his chest. The gunshot wound severed his spine, causing paralysis from the waist down.

"Even our home, which we all have loved, simply cannot work for us anymore with Cooper and a wheelchair and many other needs. It’s yet another thing that keeps us up at night – how will we find, renovate or build a home that can work for our family again? Right now, Cooper is only able to access certain parts of the house – that is not right for him or for our family," the Roberts family said.

Cooper Roberts, the 8-year-old boy paralyzed from the waist down after being shot in the back during the Highland Park Fourth of July parade, continues to improve and is now in better spirits, a family spokesperson said.

The family says Cooper "continues to face a heartbreakingly cruel and unfair road ahead," and that they'll all have to adjust to a "new normal." 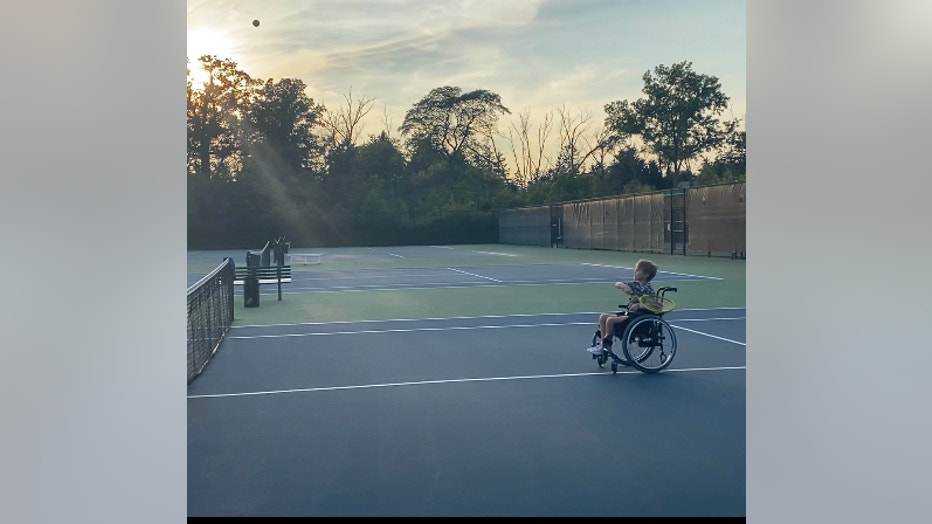 In late July, Cooper's mother – Keely Roberts – released a video statement sharing how their family was doing and how they were coping with the tragedy.

Cooper Roberts was shot in the back and the bullet exited his chest, according to the boy's mother Keely Roberts. Cooper has undergone multiple surgeries and is paralyzed from the waist down.

Keely was also shot during the parade. She sustained bullet wounds to two parts of her leg.

Cooper's twin brother, Luke, was hit by shrapnel during the shooting.

"You take for granted how wonderful it is to be able to have all your children together and how important they are to each other until it is taken away. Having our children reunited as a sibling unit and knowing that they can be together whenever they need or want to, is so special to us and to Cooper. They have held each other up and through so much during what has been the most horrific time in their lives," the family said Thursday.

A fundraiser is being held next month to support one of the youngest victims of the Highland Park Fourth of July parade shooting.

"Since the very start, Cooper has inspired us. He is brave and kind. He is tough as nails yet incredibly tender-hearted. He cares more about others well-being than his own … Please continue to pray for our sweet little boy…we know he will show the entire world that love really does win in the end."