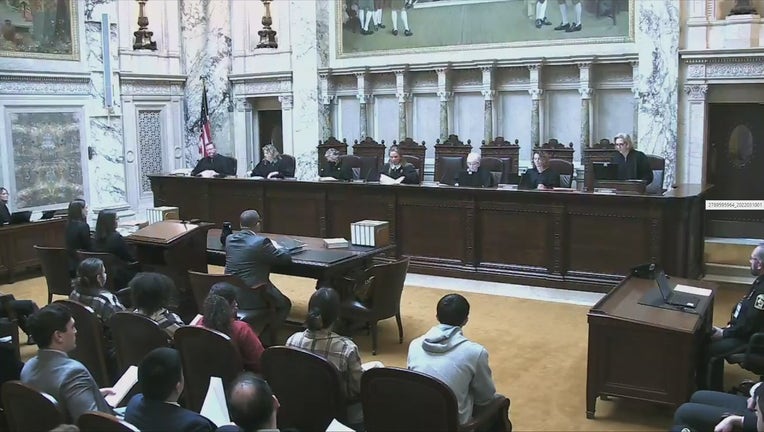 MADISON, Wis. - A unanimous Wisconsin Supreme Court on Friday broadened who can legally carry concealed weapons in the state, overturning a lower court's ruling dealing with a man whose license was revoked due to a domestic violence conviction.

The court ruled that disorderly conduct is not a misdemeanor crime of domestic violence under federal law, and therefore does not disqualify a person from holding a concealed carry license.

Justice Jill Karofsky concurred, but in a separate opinion called on the Legislature to close what she called a "dangerous loophole" in the law.

The case involves a man who was convicted in 1993 in Door County of misdemeanor domestic violence.

Federal law prohibits states from issuing concealed carry permits to people convicted of misdemeanor domestic violence. The man obtained a permit in Wisconsin, but the state Justice Department revoked it in 2019 based on his domestic violence conviction that predated his being given his concealed weapons license.

The man sued to regain his permit. The Brown County Circuit Court upheld the revocation and an appeals court sent the case directly to the Wisconsin Supreme Court, which overturned the ruling and said he should get his license back.