SALIDA, Colo. - After deputies, FBI agents and other law enforcement agencies spent countless resources over the last year searching for Suzzanne Morphew, Sheriff John Spezze said authorities marked a major milestone on Wednesday when they arrested her husband in her death.

Spezze said Barry Morphew was alone near his home in Poncha Springs Wednesday morning when Chaffee County deputies took him into custody without incident.

"Today is not a day for celebration, nor does it mark the end of this investigation," Spezze said during Wednesday’s news conference. "Rather, it's the next step in this very difficult yet very important journey as we seek justice for Suzanne and her family."

Suzzanne Morphew had been missing since last Mother’s Day on May 10, 2020. Shortly after her disappearance, Barry Morphew made a plea for her safe return.

He looked into a camera and said, "We’ll do whatever it takes to get you back," even insinuating he’d pay a ransom.

Nearly one year later, Barry Morphew found himself in handcuffs, standing before a judge facing charges of first-degree murder, tampering with physical evidence and attempting to influence a public servant.

In his first court appearance on Thursday, Morphew spoke very little beyond confirming that he understood the rights being read to him. According to KDVR, it was merely an advisement hearing, so he did not enter a plea.

He will remain in the Chaffee County Jail until his May 27 court date. 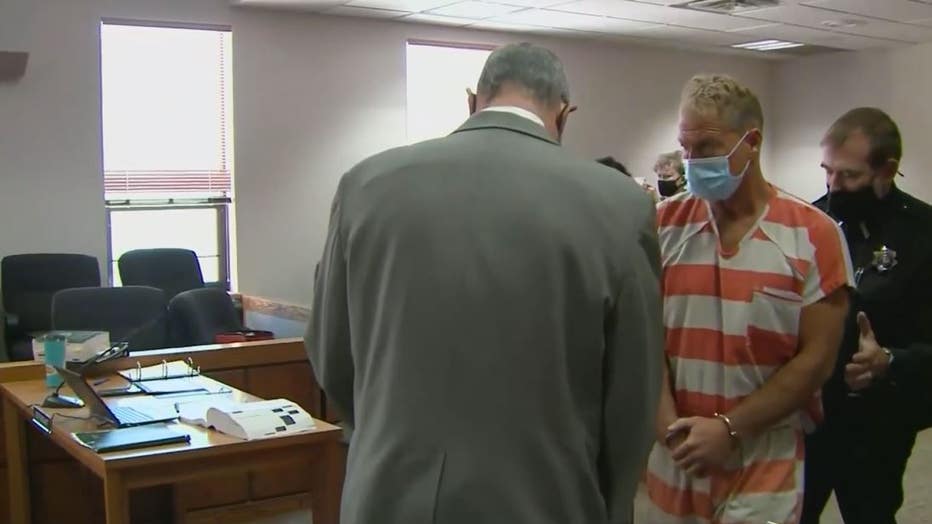 Barry Morphew found himself in handcuffs, standing before a judge facing charges of first-degree murder, tampering with physical evidence and attempting to influence a public servant. (Source: Pool video via FOX Edge)

Although Suzanne Morphew’s body has not been found, District Attorney Linda Stanley said she has enough evidence to bring charges to Barry Morphew — FOX News reported. While she’s pleased with Morphew’s arrest, she said "there’s more work to be done."

"This is an important and an incredibly crucial step. And today is a good day for Suzanne," Stanley said Wednesday. "As far as I'm concerned, today is all about Suzanne. And it's about her family, and it's about all the individuals that knew her and loved her and cared about her. That's what this day is about, and it's a good day."