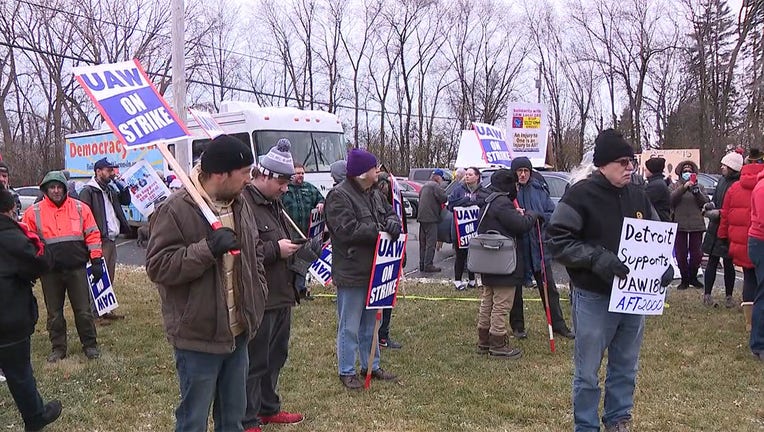 More than 1,000 striking CNH Industrial workers in Iowa and Wisconsin rejected the "last, best and final offer" from the maker of construction and agricultural equipment Saturday night, extending their eight-month stoppage.

In a statement, the United Auto Workers union announced the result of the vote by members who work for CNH and said the union's bargaining committee "will meet to discuss next steps to take with" the company.

It was the first vote on an offer since the workers walked off the job months ago. The UAW said this week that it had decided to put the offer before members, but didn't offer details.

Workers at the plants in Burlington, Iowa, and Racine, Wisconsin, previously rejected at the start of the strike a three-year deal that included 18.5% raises because of concerns that the proposed raises wouldn't cover soaring inflation and health insurance costs. The UAW has not provided many updates on what CNH has offered since the strike began last May.

Workers on the picket line in Burlington told WQAD television Monday that they wanted to go back to work but only if they receive a fair contract.

There was no immediate response to AP email messages requesting comment from the company late Saturday.

CNH Industrial, which is based in the United Kingdom, has more than 37,000 employees worldwide. In its most recent earnings report, CNH reported a profit of $559 million in the third quarter. That's up nearly 22% from the previous year's $460 million net income as it increased the prices of its tractors, backhoes and other equipment.

The CNH strike is one of the longest ones over the past couple of years as workers have increasingly demanded better pay and working conditions coming out of the pandemic. There have been a number of strikes, including a high profile monthlong strike involving 10,000 Deere & Co. workers, and several new unions have been established at Starbucks stores and Amazon warehouses although some locations have rejected unions. The Deere workers secured 10% raises and improved benefits after their strike.