The controversy dates back to late summer and early fall when protesters were routinely marching through the streets of Wauwatosa. On more than one occasion, State Assemblyman David Bowen was there with them.

"I go to Black Lives Matter protests to ensure that citizens and their right to protest are respected and treated fairly," Bowen said. 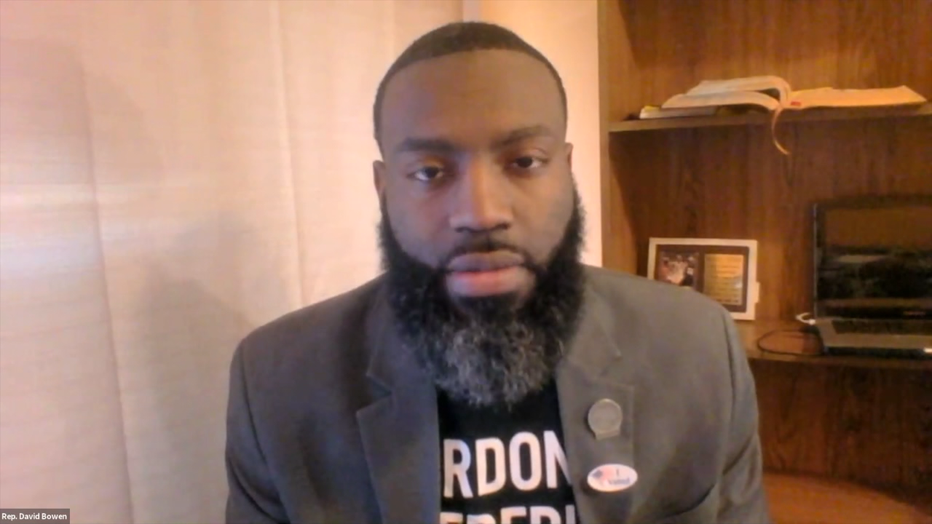 One night, Bowen was marching alongside Khalil Coleman, a leader of the self-proclaimed "People's Revolution," which Wauwatosa police described at the time as "increasingly disorderly, agitated, and at times, violent."

Coleman was reportedly arrested in Kentucky on Tuesday, Feb. 16, for attempting to rob a drug house. But Bowen insists his own record is squeaky clean. 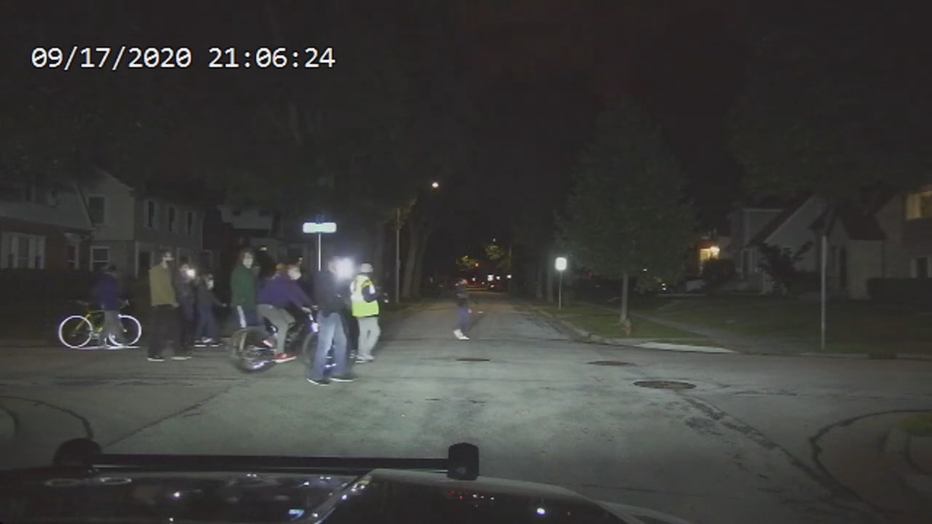 Squad car video released by Wauwatosa police this week shows Representative Bowen marching along with a small group of protesters on Lefeber Avenue shortly after 9 p.m. on Sept. 17. Just minutes earlier, police had announced over external speakers that the group had been declared "an unlawful assembly." Officers gave participants three minutes to vacate the area or face arrest. After three minutes passed, an officer made the same announcement, but this time declared, "You have no more time." Still, the protesters marched on.

At 9:04 p.m., one officer radioed to others, "Start identifying people. Name 'em so we can identify 'em and issue citations later."

According to a police report released last month, officers recognized Representative Bowen both on the scene and when reviewing the squad car video. Based on that identification alone, they decided to refer him to the Milwaukee County District Attorney's Office for a misdemeanor charge of unlawful assembly. Later, the department reversed course and dropped the referral.

But the incident report maintained the notation that Representative Bowen had been "arrested." They even assigned him a booking number. Only, Bowen was never detained or booked.

"A booking number usually means that you have gone down to the police department or gone down to the jail," said Kimberley Motley, a civil rights lawyer who is representing Representative Bowen in the matter. 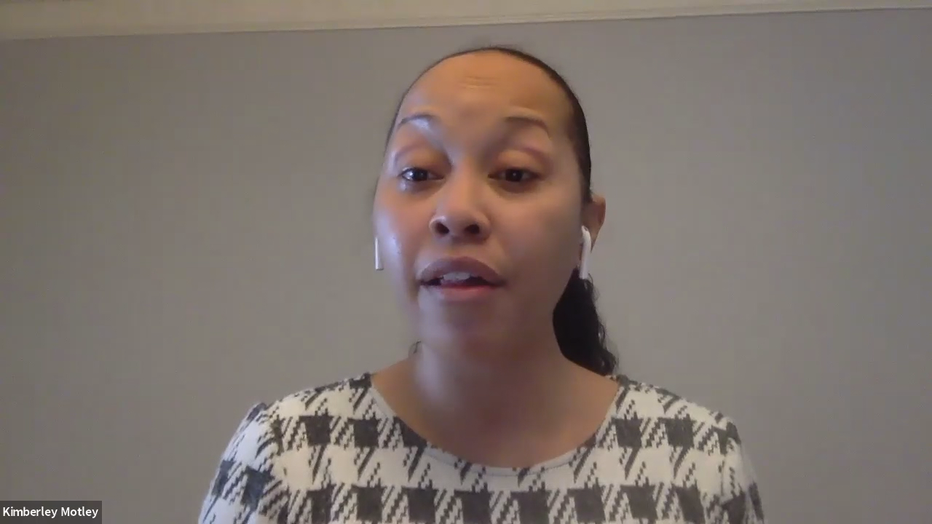 Motley also accuses Wauwatosa Police of engaging in a pattern of similar conduct with dozens of others.

"It is corruption," Motley said. "Period." 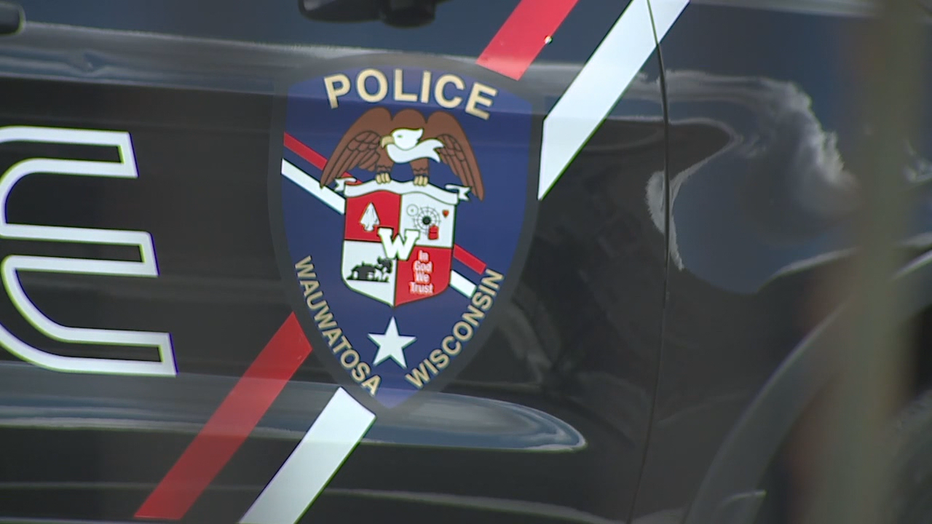 When Wauwatosa police released more than 500 pages of protest-related incident reports and arrest records in January, those records identified 73 distinct individuals as having been "arrested." -- some more than once. But Motley said she has identified more than 40 who -- like Bowen -- were never physically detained, in spite of the "arrested" designated in the report. Many have booking numbers assigned to them as well.

The problem, according to Motely and Bowen, is those notations in the police department's record-keeping system could influence how those individuals are treated or perceived later on.

"These records end up coming up when folks are pulled over," Bowen said. 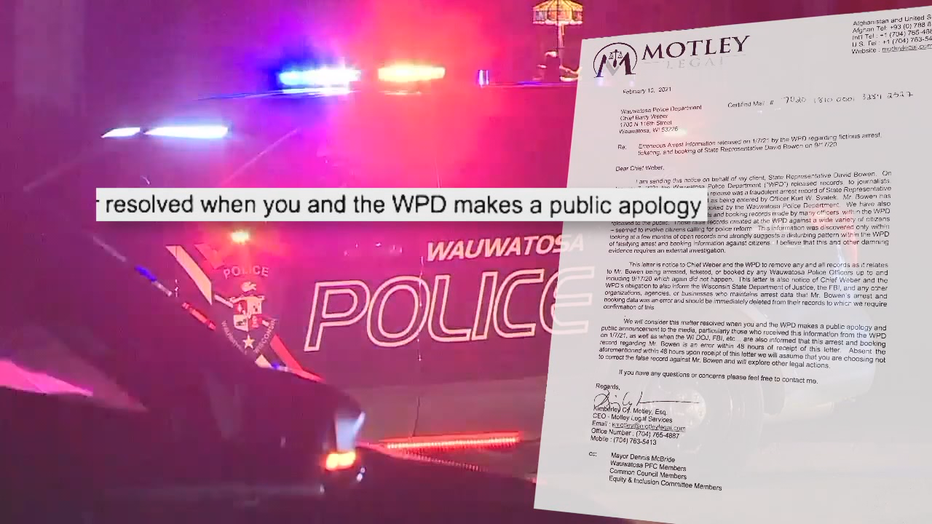 "I have yet to hear back from them," Motley said during an interview with the FOX6 Investigators on Thursday, Feb. 18.

Wauwatosa Police Chief Barry Weber declined a request for an on-camera interview. But in an email to FOX6 News, a department spokesperson wrote:

"When Wawautosa Police Department personnel issue a non-traffic citation or refer subjects to the Milwaukee County District Attorney's Office for a charging review, they are listed in the incident report as 'Arrested.'"

The email indicates this status is "administrative and procedural," but "is not shared or reported to any other agency or organization which maintain arrest data unless the subject was physically arrested and processed" or "taken into custody."

That explanation is not good enough for Assemblyman Bowen.

"Those are very dangerous allegations to try to make for someone that is in a leadership position and is black!" Bowen said.

"This is another potential legal case against the city of Wauwatosa," Motley said.

When Wauwatosa Police Department personnel issue a non-traffic citation or refer subjects to the Milwaukee County District Attorney’s Office for a charging review, they are listed in the incident report as "Arrested." This status is administrative and procedural. A sub-category in the "arrest entry" indicates whether the subject was physically arrested and processed (on-view arrest), summoned/cited (not processed), referred for a "prosecutor review," or "taken into custody."

For example, officers take a report of disorderly conduct where they positively identify the actor as "John Doe." Officers are unable to physically locate "John Doe" to effect an arrest, but determine that a municipal citation is appropriate. "John Doe" would be listed in the incident report as "Arrested" and within the "arrest entry" would indicate that "John Doe" was "summoned/cited."

As another example, officers take a report of a domestic violence battery where the actor is positively identified as "Jane Doe." Officers are unable to physically locate "Jane Doe," but refer the case to the Milwaukee County District Attorney’s Office for a charging review. "Jane Doe" would be listed in the incident report as "Arrested" and within the "arrest entry" would indicate that "Jane Doe" was sent for "Prosecutor Review."  If the DA’s office issues charges, the officer would change the entry from "prosecutor review" to "taken into custody."

Final example, officers take a report of a retail theft where the actor is still on scene upon police arrival.  The actor is arrested and brought to the police department for processing/booking.  The actor would be listed in the incident report as "Arrested" and within the "arrest entry" would indicate the actor was an "On-view arrest."

The "Arrested" status listed in the incident report is administrative and procedural.  The "arrest entry" is not shared or reported to any other agency or organization which maintain arrest data unless listed as "On-view" or "taken into custody."  If there is any doubt that a subject’s arrest status was falsely shared, individuals are able to contact the State of Wisconsin Department of Justice Crime Information Bureau and request a criminal history record check. Link to Wis. DOJ/CIB.  The Wauwatosa Police Department maintains the utmost integrity, professionalism and accountability as we conduct our investigations and distribute information.

Mr. Bowen was referred to the Milwaukee County District Attorney’s Office (Prosecutor Review) however after internal review, the department decided not to pursue a charge so the referral was dropped.  Mr. Coleman was issued a municipal citation but was not physically arrested and brought to the station for processing (summoned/cited).  I have attached a screenshot of the entries to show how it looks administratively.

The University of Wisconsin-Madison warned of a recent spike in COVID-19 cases.

The number of positive cases of COVID-19 in Wisconsin rose by 774 Friday, Feb. 19, officials with the Wisconsin Department of Health Services reported, for a total of 558,496.