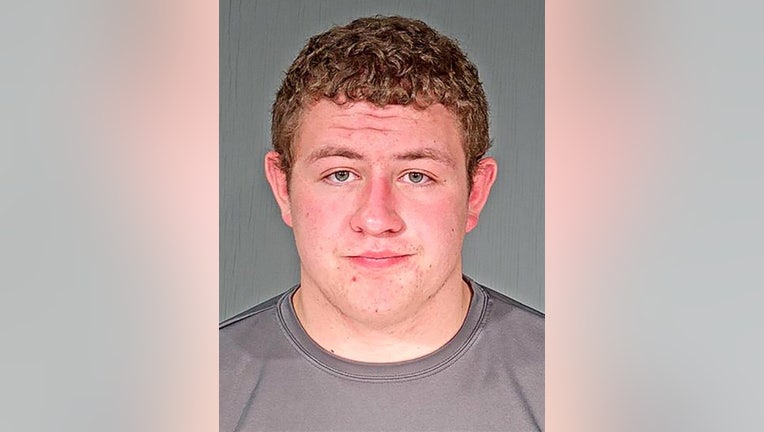 According to the criminal complaint, a Dodge County detective was assigned to investigate an International Crimes Against Children (ICAC) complaint brought forward by the National Center for Missing and Exploited Children (NCMEC). The detective noted the name of the accused, Slayton, was familiar to him as he "had investigated this subject two times prior." According to the complaint, multiple images associated with this case showed young girls taking part in inappropriate conduct.

The complaint indicates Slayton had filed for employment with the Dodge County Sheriff's Office as a jailer -- and the detective communicated with him regarding his application and subsequent "background investigation." There were three different calls with Slayton -- and each was recorded and identified as evidence.

On Dec. 13, detectives interviewed Slayton at the Dodge County Sheriff's Office for roughly two hours. Officials showed Slayton multiple screenshots collected from Dropbox -- but none of those were "any images of suspected child pornography." When the detectives continued to show him more screenshots, the complaint says "Slayton identified those screenshots as being from his computer that he had taken. Jeremy Slayton did not, however, recall uploading or saving any of the child pornography" to Dropbox. Slayton also stated "no one else uses his laptop and that if there was anything on his laptop or linked to his laptop, these would have been accessed or uploaded to the computer by him."

A senior digital forensic examiner checked Slayton's iPhone and "found no images of interest." However, "when previewing Jeremy Slayton's laptop, she found several folders that had images consistent with child pornography."

Slayton made his initial appearance in Dodge County court on Tuesday, Dec. 14. Cash bond was set at $1,000. Slayton is due back in court for a preliminary hearing on Dec. 23.

A Milwaukee home near 30th and Concordia was destroyed in a fire. The family who lived there lost everything, including a beloved pet dog.

Milwaukee police are investigating a shooting that occurred on Tuesday, Dec. 14 near 35th and Burleigh.

Nearly 10,000 vehicles have been stolen or driven by someone behind the wheel who shouldn't be in 2021 alone in Milwaukee, and according to police, kids 16 and younger account for half of the arrests made.