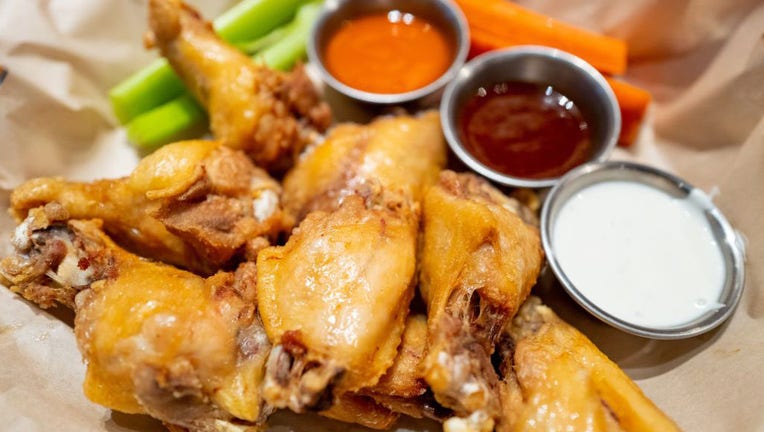 WASHINGTON - The price of chicken wings in the United States has dropped to its lowest level in years, just in time for football season.

The average wholesale price for a pound of chicken wings has been steadily falling, according to a U.S. Department of Agriculture report released on Thursday. Chicken wing prices reached a high of $3.25 per pound in May 2021 and dipped to about $1.68 per pound in July.

The USDA’s report said July’s figure was the lowest monthly average since May 2020 at the height of the COVID-19 pandemic. In January 2022, wholesale chicken wing prices averaged about $2.68 per pound.

The latest average wholesale price is at a level not observed since 2018, according to pricing tracked by Bloomberg Finance.

The price for chicken wings was impacted by increased demand by people at home and from restaurants since the onset of the pandemic. Labor shortages and widespread supply chain issues also impacted the price, experts previously told FOX Business.

The CEO of poultry processing company Pilgrim’s Pride discussed wing prices on a recent earnings call, noting that wings were viewed as "a great appetizer" by pizza parlors and other quick-service restaurants during the pandemic due to their convenience. But when the costs skyrocketed, many restaurants later pulled them from the menu and replaced them with boneless wings or other poultry cuts.

"So with that, we saw a very fast decline in the price of wings to the prices that we have today, a little bit of seasonality as well as we ended the football and the basketball season," Pilgrim's Pride CEO Fabio Sandri said on the July 28 call.

Ander Christensen advocating for 'boneless chicken wings' to be given a new name on Aug. 31, 2020 in Lincoln, Nebraska. (Credit: LNKTV City via Storyful)

However, Sandri noted that he expects the price of wings to once again increase with the coming sports seasons, notably NFL and college football — meaning wings will once again be in demand for fans at bars, restaurants, and tailgates.

The first set of college football games is set for this weekend, the NFL season begins its regular 2022 season on Sept. 8, and the college basketball season tips off in November.