WILMETTE, Ill. - Students at a top Chicagoland Jesuit college preparatory school were forced to answer questions about how they have benefitted from white privilege and how they "wield this privilege."

Juniors in Peter Jansen’s ethics class at Loyola Academy in Wilmette, Illinois, were required to answer the following questions viewed by Fox News.

1) How do you benefit from white privilege, and how have you held onto that benefit (despite knowing the harm it does)?

2) What have you learned about the ways you have specifically wield[ed] this privilege that do harm (whether you intend to or not)? Dig deep. No sugar coating and no focusing on the good you have done with your privilege. Remember this isn’t about being self-congratulatory, it’s about pulling out white supremacy.

3) What have you learned about your white privilege that makes you uncomfortable? 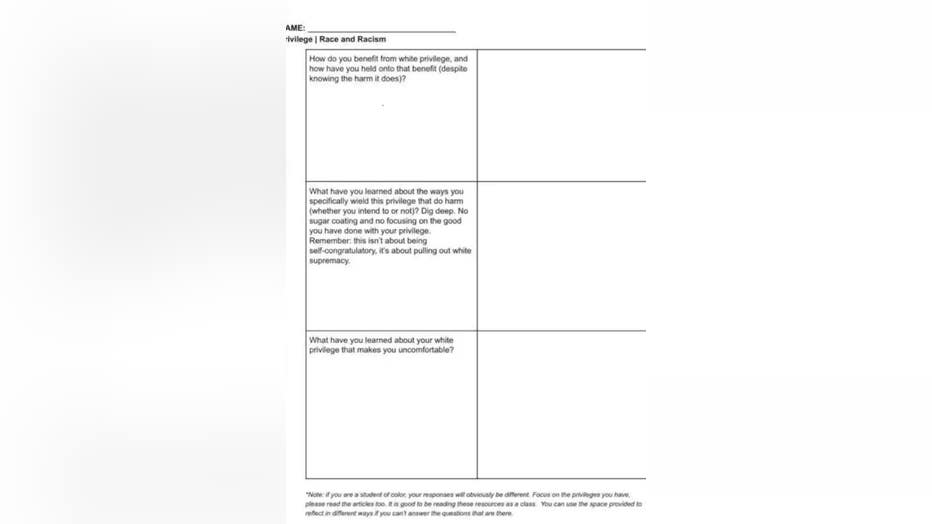 The assignment told students of color to focus on the privileges they have, and to reflect in other ways if they cannot answer the questions.

"There are a lot of students who feel super uncomfortable doing this [assignment] because they don't agree with white privilege and the ideology behind it," said Hannah Brennan, a student in Jansen’s class.

"It reminds me of China with the reeducation camps," she added. "It feels like they're very much pushing their opinions as facts and teaching opinions as facts. And it's very manipulative." 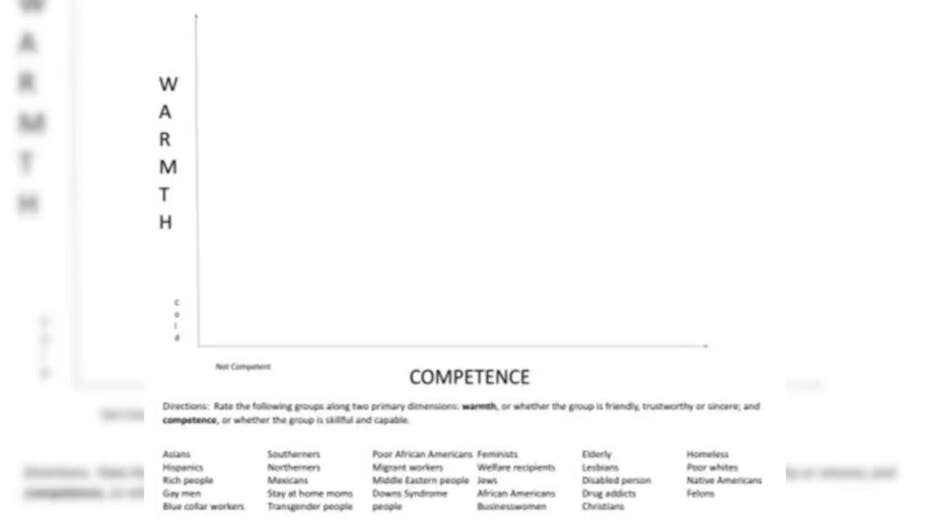 A second assignment, completed out loud during a lecture in Scott Myslinski’s class, gave students a chart with the words "warmth" on the Y-axis and "competence" on the X-axis and asked them to rate different groups including Asians, Hispanics, Jews, gay men, transgender people and others. After the graph was completed, the students were asked to use four words (pity, admiration, competence and envy) to describe the groups.

Another assignment gave students a list of words paired together (i.e. whites and people of color, women and men, etc.) and asked them to circle which has greater power in American society.

"We have never – and will never – ask students to apologize for their race," a Loyola Academy spokesperson told Fox News.

Part of this assignment "included questions that were inappropriate and left some students feeling defensive," the spokesperson added. "Those questions are no longer being used. As with any important ethical issues, we hope to challenge our students to be critical thinkers who work to address complex problems in light of our Catholic faith. A structured study of racism has been part of our ethics curriculum for over 20 years, and it will continue to be an essential component of a Rambler’s education." 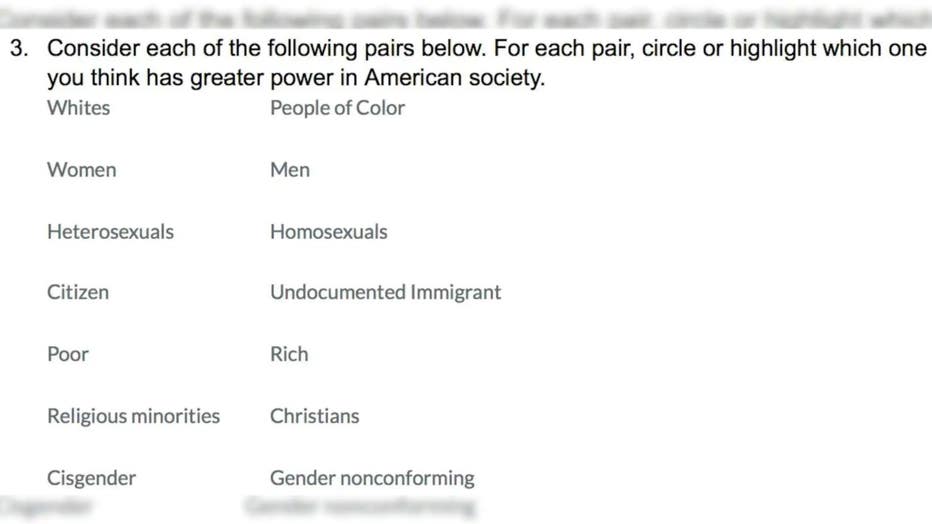 Loyola Academy, which boasts high-profile alums such as comedian Bill Murray and actor Chris O’Donnell, has 2,094 students in grades 9 through 12 and costs $17,750 per year. About 80% of students are White, 6% Asian, 5% Black and 5% Hispanic.

Loyola’s website says the school is committed to building a "welcoming, accepting school culture and climate in which all members feel a genuine sense of belonging."

However, another student, who asked to remain anonymous due to fear of retaliation, noted that ethics and sociology classes at the school are "very left-leaning" and that one exam being administered this week teaches kids there are 72 different genders.

A second student speaking on the condition of anonymity told Fox News that it’s "shamed upon to be a conservative."

Some students, including Brennan, recently tried to start a chapter of Turning Point USA, an organization that advocates conservative narratives on school campuses, but were told by student activities group leaders Melissa Krein and Noah Hartman that they were not allowed to do so because the group is "anti-Semitic and racist."

The students were told, before a meeting to discuss the club had even begun, that there was a zero percent chance the chapter would be allowed on campus. A Zoom meeting held after the students were denied the ability to start a Turning Point chapter alerted parents to the "overlying problem" with what the kids were being taught, Brennan said. Since then, the students started a petition that has received over 170 signatures voicing support for a Turning Point chapter on Loyola's campus.

"Loyola Academy needs conservative voices like Turning Point USA more than ever before, and it’s exactly why they are fighting to keep us out," said Charlie Kirk, founder of Turning Point USA. Kirk is a frequent guest on Fox News and FOX Business.

In the end, the students just want to go to a school where everyone’s voice can be heard.

Loyola Academy is trying to make itself a more inclusive place, but "while doing so they have failed to include conservative voices," Brennan said.

The school has been "transformed into a social justice powerhouse," said the first student speaking anonymously. "That's not what school is. It's supposed to educate, inform and give kids the opportunity to form their own opinions and critically think on their own."