Painted by students who are members of their school's Student Acceptance Team, a mural designed to bring people together is causing a divide in Cedarburg.

CEDARBURG, Wis. - Painted by students who are members of their school's Student Acceptance Team, a mural designed to bring people together is causing a divide in Cedarburg.

Controversy over the mural has been brewing for several weeks. In early July, the Cedarburg School District posted on Facebook that it would be covering the mural temporarily because they felt it wasn't age-appropriate for the summer school students. After outrage from some, the mural was uncovered until the district changed course again on Monday, Aug. 9.

"I really think they are taking away a safe place for children to express themselves," said Abbey Didier, parent. 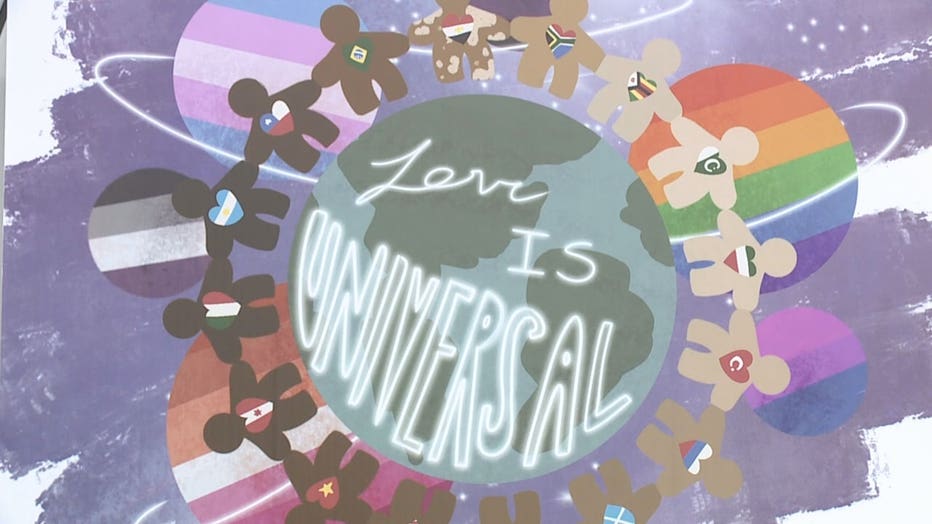 Created by a group of students, the "love is universal" mural will no longer have a place in the halls of Webster Middle School.

"They just said, ‘Poof, we’re going to paint over this. Let’s make the problem go away,’" said Didier.

The artwork, finished in recent months, shows individuals of all races and ethnicities holding hands. LGBTQ+ flags are also painted against the backdrop of space.

"Why did you whitewash these children’s artwork?" said Didier.

Parents like Didier said they're disappointed in the Cedarburg School District's decision to cover it up. 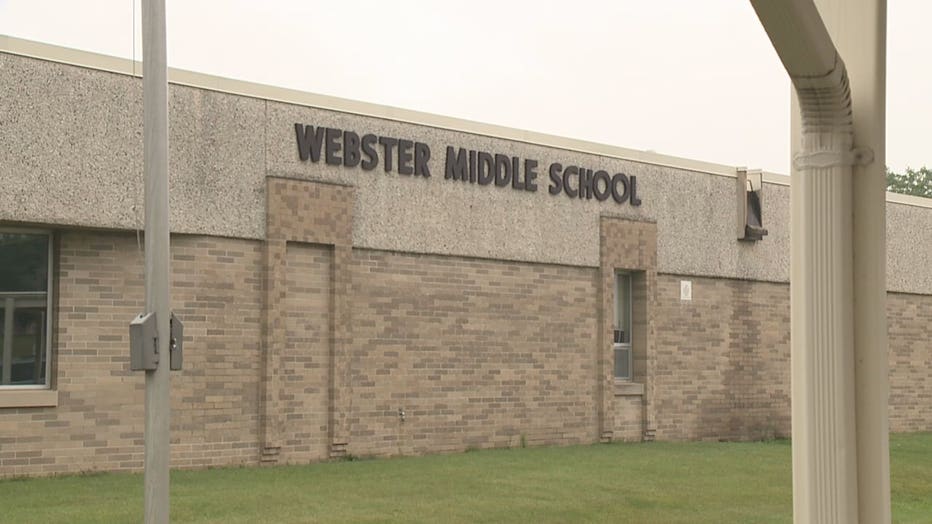 In a letter sent Monday, the school board wrote that the staff member who advised the project never received final approval and went ahead with it anyway.

The letter also states: "Upon review, it was noted that not all members of our school community were represented in the mural."

"We tried our best to make it as inclusive as we could," said Ryan Ritchie, Cedarburg student. "If they wanted us to add something, we could have done that."

Others, like Richard Karshna, who lives in Cedarburg, are siding with the district. 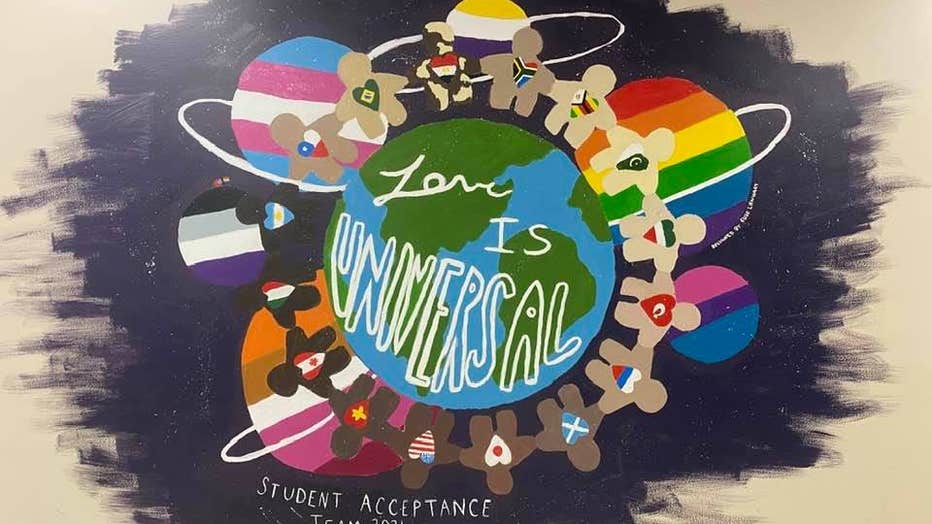 "There's nothing wrong at all with the message," said Karshna. "There are parents that do not want their children exposed to those types of materials and content at that age. I just don’t think it was appropriate to have in the middle school."

FOX6 News reached out to the Cedarburg School District and requested an on-camera interview to discuss the decision, but did not hear back.

Letter to families from the Cedarburg School Board:

In the past few weeks, the District has reviewed the circumstances surrounding the painting of a mural on the walls of Webster Middle School. The District has policies and procedures in place which must be followed, and approval is required for all student groups and faculty advisors regarding publications and productions created and distributed, including murals painted on school walls. The Board is now aware that instructions provided to a staff member by an administrator prior to the completion of the mural were not followed. District administrators reviewed the initial proposal, and an administrator directed that the mural be more inclusive of all students in our school community. The administrator also was attempting to obtain further information from the staff member about the meaning behind elements of the proposed mural and was in the process of reviewing the neutral criteria for approval as outlined in the District’s policies and procedures. However, the mural was completed without final approval, which was pending.

Based on new information regarding the mural, the Board determined it is best to remove the mural at this time due to the failure to follow the proper process for approval. This is necessary to ensure policies and procedures are consistently enforced and to avoid setting a precedent with respect to permitting unapproved publications and productions created and distributed, including artwork on school walls.

This decision to remove the mural is not based on the actions of any student or the viewpoint of the Student Acceptance Team (SAT). The administration’s initial understanding, based on the original proposal, was that the mural intended to be inclusive of all members of the Webster school community. Upon review, it was noted that not all members of our school community were represented in the mural. We appreciate hearing the community’s feedback on the topic. Webster Middle School is working with student groups, including SAT, to collectively find a way to reflect our diverse student population and the inclusivity of our school community where everyone belongs.

The Wisconsin Department of Public Instruction is strongly recommending school districts use newly updated COVID-19 recommendations when implementing local responses to the pandemic for the 2021-22 school year.