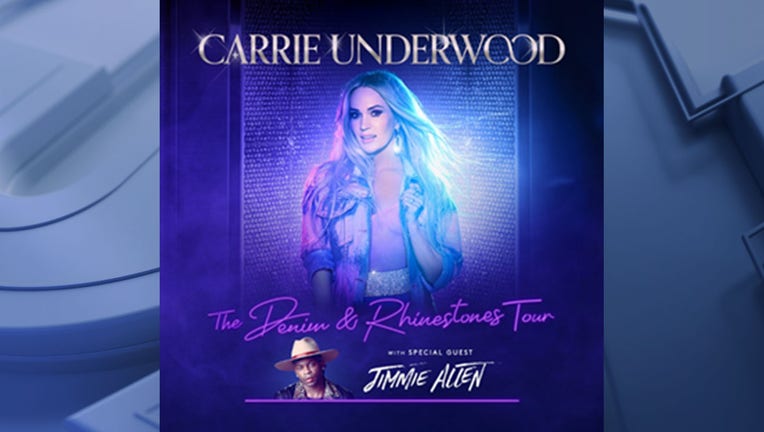 On the heels of her triumphant headlining return to the iconic Stagecoach Festival, 8-time GRAMMY® Award winner and 3-time ACM Entertainer of the Year, Carrie Underwood, announces her new arena tour, THE DENIM & RHINESTONES TOUR, will come to Fiserv Forum on October 23. Promoted by AEG Presents, Underwood will be joined on THE DENIM & RHINESTONES TOUR by special guest Jimmie Allen. After teasing fans about the impending announcement on social media and on last night’s episode of American Idol, Underwood made the official reveal this morning.

Allen will join Underwood’s THE DENIM & RHINESTONES TOUR as his star continues to rise, following his first GRAMMY Award nomination for Best New Artist in 2022 and CMA and ACM Award wins for New Artist of the Year & New Male Artist of the Year, respectively, in 2021. His third album Tulip Drive will be released June 24.

Tickets for the concerts go on sale to the general public beginning Friday, May 20 at 10 a.m. CT. A limited number of exclusive VIP Packages will be available, which include an amazing selection of tickets, Meet & Greets, custom merchandise and much more. For more information, go to fiservforum.com.