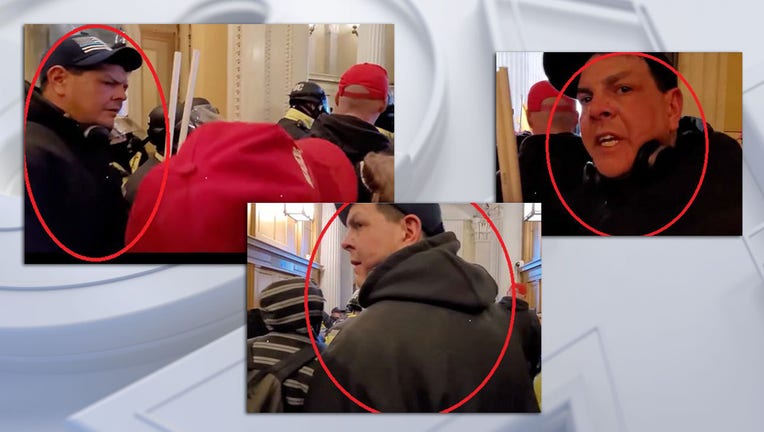 WEST ALLIS, Wis. - A West Allis man, charged in connection to events at the Jan. 6 insurrection at the U.S. Capitol, pleaded guilty to one count on Monday, Aug. 30, according to court documents.

David Mish, 41, pleaded guilty to parading, demonstrating or picketing in a Capitol building – part of a plea deal with federal prosecutors after he had initially pleaded not guilty in February.

Sentencing is scheduled for Nov. 18.

According to a criminal complaint, Mish contacted the DC Metropolitan Police Department on Jan. 7, saying he had information he wished to provide regarding the shooting death of Ashli Babbitt inside the U.S. Capitol. Babbit, an Air Force veteran from San Diego, was shot and killed by a Capitol police officer as she tried to leap through a barricade at the door of the House Speaker’s Lobby.

Mish is seen in a video of the shooting. In the video, reviewed by FOX6, Mish can be seen carrying a "Trump" flag as police tried to clear scores of people from the area where Babbit was shot and provide first aid. During that time, a number of the president’s supporters argued with police and refused to clear the area.

The Racine County Sheriff's Office marked its 350th case of an impaired driver in 2021 on Wednesday, Sept. 1.