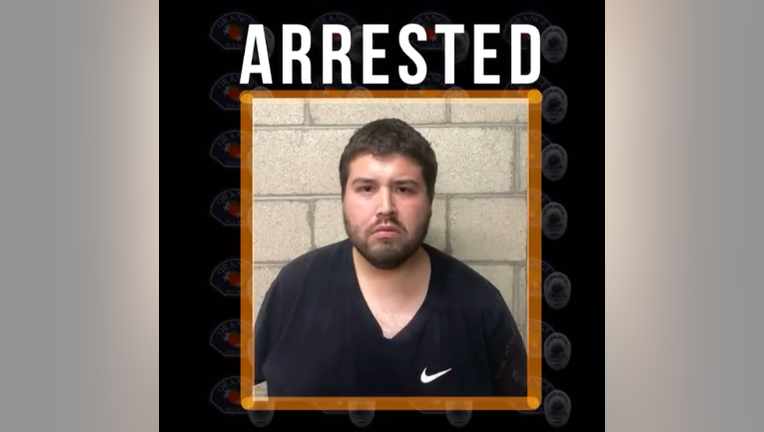 ORANGE, Calif. - A man who said he hates Asians was arrested on suspicion of assaulting an elderly Korean American couple at a Southern California park after allegedly threatening violence against a Japanese American Olympic athlete, police said.

It wasn’t immediately whether he had a lawyer to speak on his behalf.

Vivona allegedly attacked a 79-year-old man and an 80-year-old woman on Sunday at Grijalva Park.

"The couple was on one of their evening walks as they do on a regular basis at this park when our suspect approached, unprovoked, and punched both of them in the face, causing both of them to fall to the ground," Sgt. Phil McMullin said.

They were treated at the scene and weren’t seriously hurt, McMullin said.

Other people at the scene surrounded Vivona, who was wearing the same clothing as in an earlier attack, and kept him surrounded until police arrived to arrest him, McMullin said.

Vivona said he had a "hate" or "fixation" about Asians and police believe the attack was racially motivated, McMullin said.

On April 1, Vivona yelled at Sakura Kokumai, who was working out at the park while preparing to represent the U.S. in the karate competition at the summer Olympic Games, authorities said.

She recorded video on her cellphone of Vivona yelling the word "Chinese," telling her to go home and threatening to hurt her.

Vivona had a Corona address but appeared to be living out of his car and wasn’t known to Orange police, McMullin said.

The arrest follows an uptick in reported violence against Asian Americans in some communities, including purse-snatchings, vandalism and assaults. Some activists have blamed fallout from the coronavirus pandemic, with the original outbreak linked to a city in China.

A Fullerton man has been charged with throwing rocks at an Asian woman and her 6-year-old son as they drove down a street in the Orange County city on March 31. The woman’s windshield was cracked but she and the child weren’t hurt.

The man told police that Koreans in the area were trying to control him, the county district attorney’s office said in a news release. He has pleaded not guilty to felony charges.

Also last month, the Orange County Board of Supervisors passed two anti-hate crime resolutions following a hike in such crimes against Asian Americans and Pacific Islanders. The Orange County Human Relations Commission said such crimes have increased 10-fold over the past year.