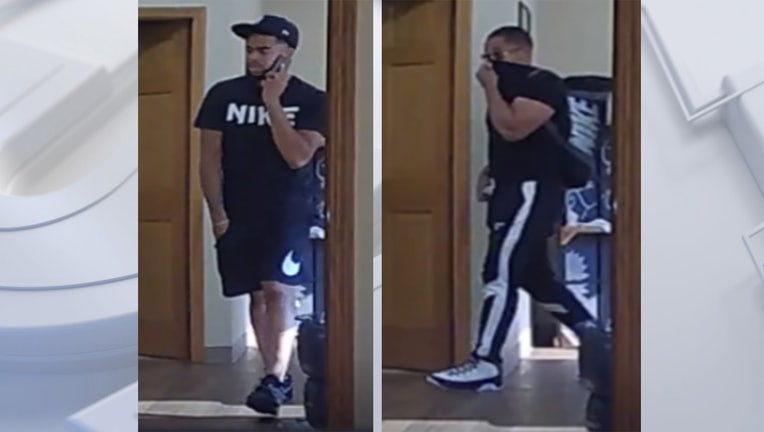 BUTLER, Wis. - Butler police are asking for help to identify and locate two men who they say were armed when they demanded to speak with the owner of an auto detailing shop. A third suspect has been identified but is still sought.

Officials say the incident unfolded on Tuesday evening, July 28 – when officers were dispatched to K and D Auto Detailing on N. 126th Street. No threats were made and no property was taken. However, officials say the three suspects demanded to speak to the owner – and were armed.

Two employees on the scene did not know the three suspects and feared for their safety. The employees stated the suspects were armed with handguns with long extended magazines – and left on a 3-wheeler black and yellow trike bike, in an older silver model Chevy Impala (no plate obtained) and a new model silver Audi Q5 (No plate obtained), which were all last seen eastbound W. Arden Pl. towards N. 124th St.

Police shared photos of two of the suspects. There is no photo of the third.

Anyone with information on this incident is urged to contact the Village of Butler Police Department at 262-446-5070.

Six Milwaukee Common Council members are asking the health commission and mayor to consider bringing back a mask mandate.

It's payback time for a sports personality after predicting the Milwaukee Bucks would not win a single game in the NBA Finals. But the Bucks are champs now – and fans are cashing in.

Since the coronavirus pandemic started, Milwaukee area dentists say that a significant portion of underserved children are going without proper dental checkups. A surprise group is going to bat for them to help brighten their smiles.