The aftermath left thousands of dollars worth of damage at one local business. The owner, though, said she doesn't have an issue with the money -- and wants to see progress moving forward.

WAUWATOSA, Wis. - Some demonstrations turned destructive this week after the Milwaukee County District Attorney's Office on Oct. 7 announced that it would not criminally charge a Wauwatosa police officer in a fatal February.

The aftermath left thousands of dollars worth of damage at one local business. The owner, though, said she doesn't have an issue with the money -- and wants to see progress moving forward.

As shards of glass sit scattered on the inside, community members rallied outside of Molly Sullivan's business.

"Three of the windows were smashed in," Sullivan, owner of Miss Molly's Cafe, said. "A couple of the neighbors stood by here until they could come board it up to make sure it was safe." 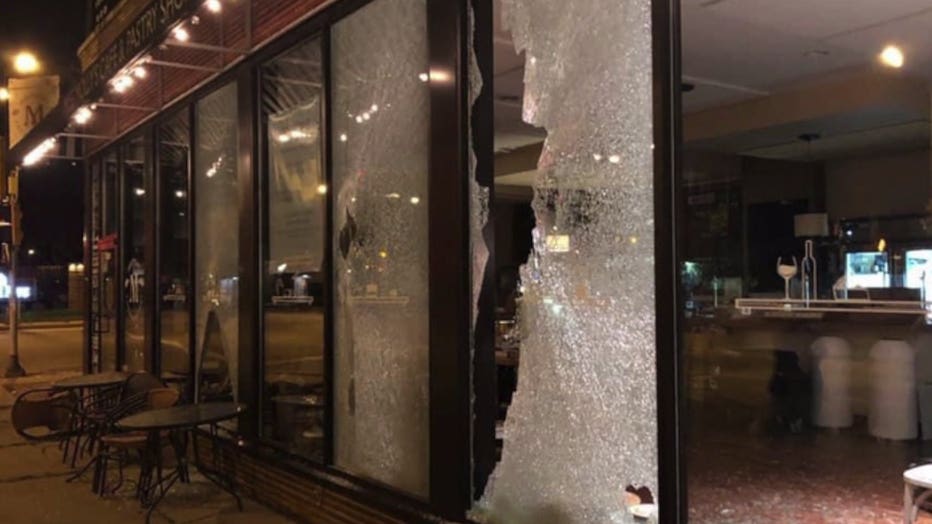 Protesters hit the streets after learning that Wauwatosa Police Officer Joseph Mensah would not be criminally charged in the shooting death of 17-year-old Alvin Cole in February.

Demonstrations began on Wednesday, Oct. 7 and have continued each day since.

After seeing the damage, Sullivan said nearby businesses boarded up as a precaution and that it is unfortunate that businesses here for the community have to take such measures. 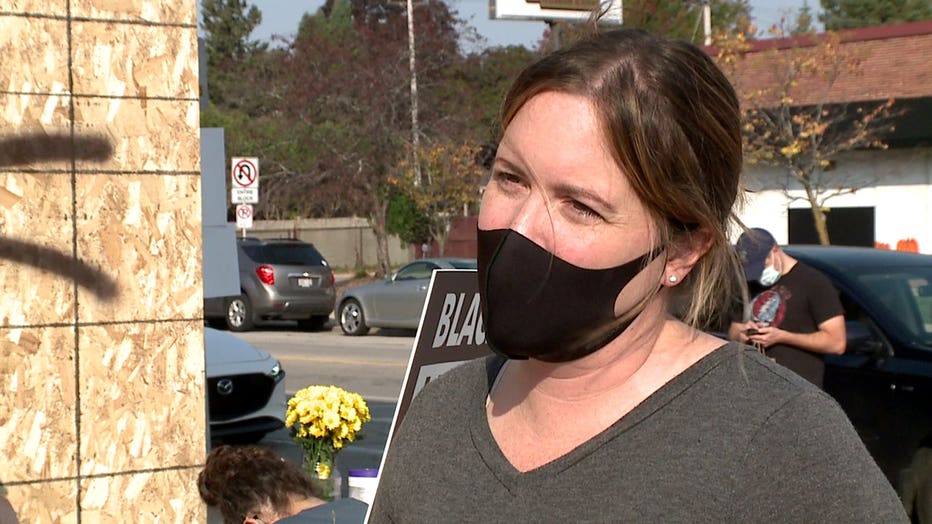 While bricks were thrown through windows at Miss Molly's Cafe, Sullivan said she is taking the blow in stride.

"I keep saying to people it's just a window, nothing was stolen, no one was hurt -- its a window, it's not the end of the world," said Sullivan. "I think that the actions of a few people don't speak for the voices of many. You just have to keep being resilient."

Customers are trying to be understanding on many levels, but support has been evident ever since. 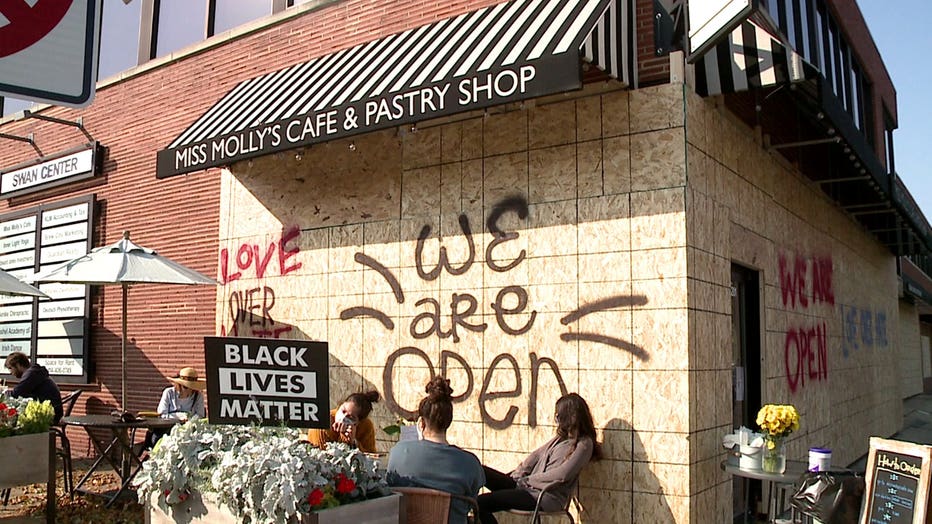 "I think it's really sad. I think a lot of people hurt and that's where it comes from," said customer Renna Alzubeidi. "I think it's sad a lot of businesses are suffering because of it."

From helping clean and raising funds for the damage, customers have been steadily lining up.

"It's truly humbling that people have stepped up," said Sullivan. "I was so taken aback and so grateful."

Sullivan said the past few days have been the busiest the business has had since it opened. She is seeing that she can count on the community and wants to have faith that change will soon come.

"I hope that people can remain peaceful and respectful and move forward to a brighter future together," Sullivan said.

Protests form in Wauwatosa for 3rd night after Mensah decision

The demonstrations have come following the Milwaukee County District Attorney's Office decision that no criminal charges will be filed against Wauwatosa Police Office Joseph Mensah after he fatally shot 17-year-old Alvin Cole in February.

As Wauwatosa works to heal after days of unrest, a local business wanted to spread some kindness.