Three people were taken to the hospital Wednesday after a hot air balloon collided with a train in Burlington.

BURLINGTON, Wis. - Three people were taken to the hospital Wednesday after a hot air balloon collided with a train in Burlington.

Police said people saw the hot air balloon in distress prior to the crash. Alex Marino told FOX6 News hot air balloons flying over Burlington is a common sight. This time, though, something looked different.

"They were flying over for like an hour, and we are like: ‘They are kind of low,’" he said. "We both were just kinda like, ‘It looks like it going to crash you guys.’"

"I jumped underneath the railroad track, and I was the first person there," said Marino. "The conductor of the aircraft, his head was just split open." 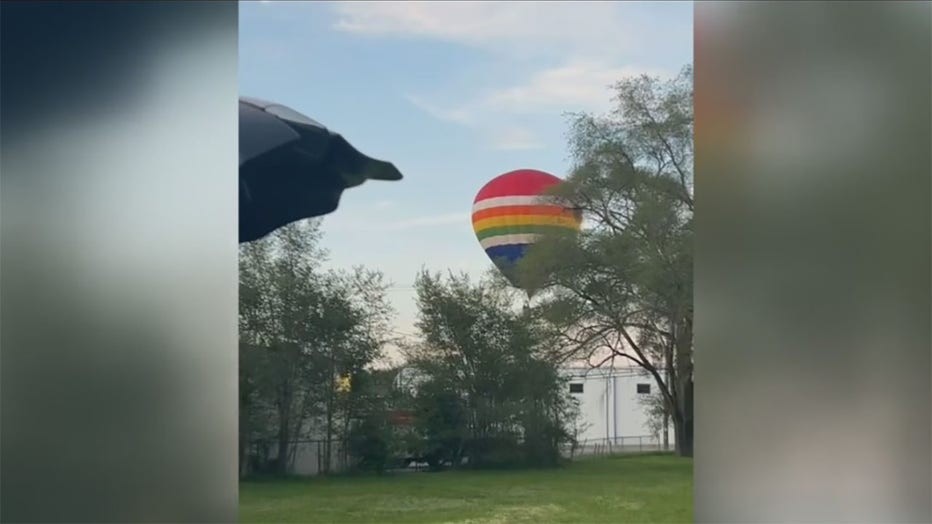 Burlington police said the hot air balloon was trying to land near Echo Lake when it collided with a northbound Canadian National train around 8:15 p.m. Wednesday.

All three people who were injured were occupants of the hot air balloon. They were seriously injured and taken to the hospital, but were released Thursday.

Police identified the three as a 62-year-old pilot from Bristol and two passengers in their 30s from Illinois.

The cause of the collision remains under investigation.