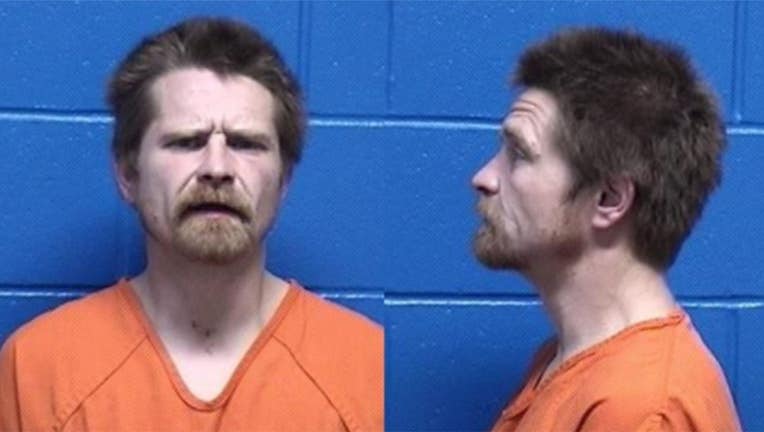 The incident happened at a Burger King near Missoula county in Montana, around 3 in the afternoon last Saturday. (Missoula County Jail)

Workers at a Burger King in Montana jumped into action when they realized a drive-thru customer was acting bizarrely. The quick-thinking staff figured out a way to keep the driver from leaving the scene until authorities could arrive and investigate.

The incident happened at a Burger King near Missoula County over the weekend, KGVO reports. According to the outlet, a car pulled into the drive-thru of the restaurant around 3 p.m. last Saturday.

Restaurant workers said they noticed the driver of the car drinking from a bottle and acting "really sloppy." After he ordered his food, the staff asked the car to pull around and wait for the food to be prepared.

AMERICA'S 'MOST BEAUTIFUL' MCDONALD'S RESTAURANT IS A 19TH CENTURY MANSION

Public Information Officer Travis Welsh told KGVO, "The caller explained that they had observed the driver drinking alcohol from a bottle while in the drive-thru. They asked him to pull forward while they waited for his food. At that point, they called 911."

He continued, "The first officer on the scene observed the vehicle matching the description sitting in the middle of the parking lot occupied by three persons. The officer made contact with the driver who was identified as 38-year-old Joseph Brownell."

The responding police officers reportedly noticed signs that the driver was possibly intoxicated and began an investigation.

"The officer noted that a passenger in the front had an open container of alcohol and that there was a strong odor of alcohol coming out of the passenger compartment of the vehicle," Welsh explained. "The officer had the driver step out and conducted a DUI investigation. At the conclusion of which, Mr. Brownell was arrested for driving under the influence of alcohol. The officer learned that Mr. Brownell had previous convictions, making this his fourth or subsequent."

According to the Missoula County Jail website, Brownell was taken into custody and charged with driving under the influence of alcohol. He has since been released.

JetBlue to fly out of Mitchell International come 2022

JetBlue Airways will be flying out of Milwaukee Mitchell International Airport starting in 2022, with direct flights to two major East Coast cities.