MILWAUKEE - For the second consecutive season, the Milwaukee Bucks are encouraging fans from around the world to share photos of themselves through the Bucks Around the Globe powered by Johnson Controls program.

Whether they’re in a different country or on their couch at home, Bucks fans can submit photos of themselves in their favorite Bucks gear by sharing the photos to Twitter or Instagram and using the hashtag #BucksAroundTheGlobe. The photos will be featured on Bucks.com and within Fiserv Forum. 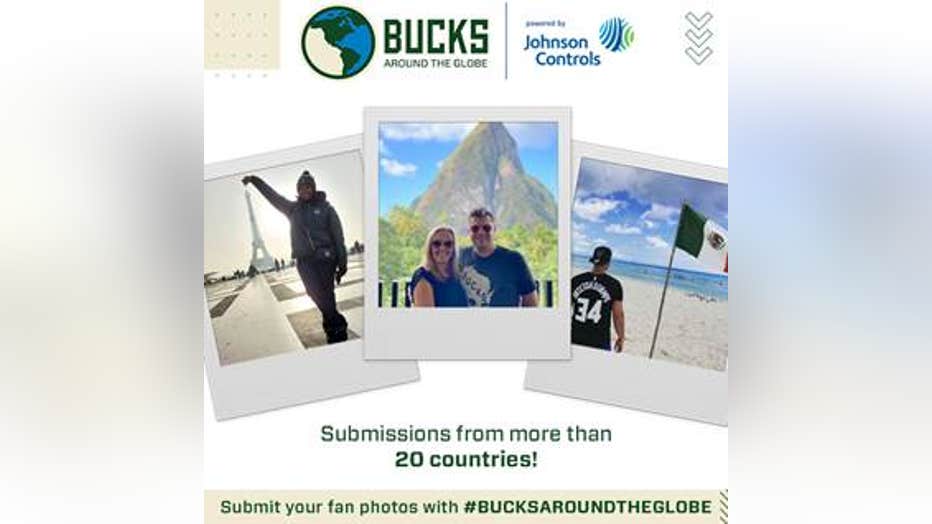 Last season, Bucks fans submitted photos of themselves from more than 20 countries around the world.

The countries included were:

Fans can also use the Bucks Around the Globe animated GIF in their posts, which can be found on the Bucks’ GIPHY channel.

Fans can learn more about Bucks Around the Globe and how Johnson Controls’ OpenBlue Healthy Building technology within the state-of-the-art Fiserv Forum is helping to create a safe and healthy arena by visiting www.bucks.com/johnsoncontrols.

Palermo’s Pizza is partnering with Riverwest Food Pantry to distribute 200 Easter Baskets that contain food for an Easter dinner, frozen pizzas, and more as a part of the company’s annual Easter Baskets for the Hungry event.