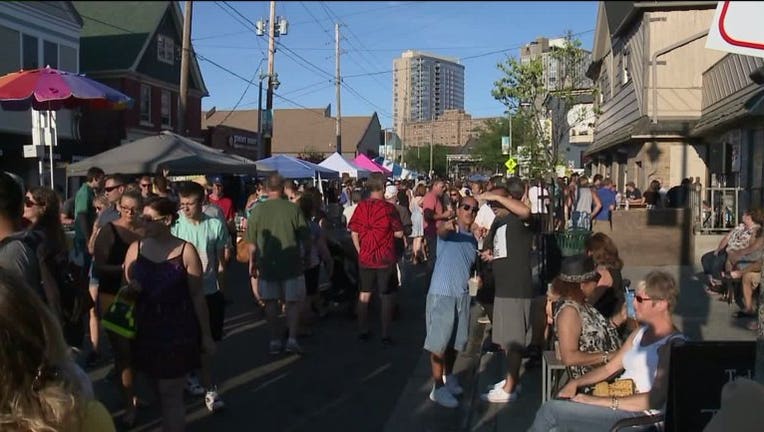 MILWAUKEE - Brady Street Festival will return to Milwaukee's east side on July 30, the area's business improvement district announced Tuesday. It will run from 11 a.m. to midnight.

There will be three stages of live music featuring some of the best Milwaukee bands, exciting activities, and vendors and exhibitors lining the street's nine blocks.

The music lineup and activities will be announced at a later date.

"If you haven’t been to Brady Street in a while, the Brady Street Festival is a great time to check out the new businesses that have opened in the past two years, including; Pete’s Pub, St. Bibiana, Würst Bar, Bandit, Nomad Coffeebar, Black Ink MKE, Twisted Plants (opening soon), and Nashville North (opening soon)," said Rachel Taylor, executive director of the Brady Street BID.

According to the Brady Street BID, the festival was first held in June 1973 but was later ended until a revival in 2007. The COVID-19 pandemic first forced cancelations in 2020.

Tickets are now on sale for the second annual Kwik Trip Holiday Face-Off, which will take place December 28-29 at Fiserv Forum.

Another Milwaukee family is grieving because of gun violence after 30-year-old Shannon Freeman was killed inside The Loaded Slate early Sunday morning.