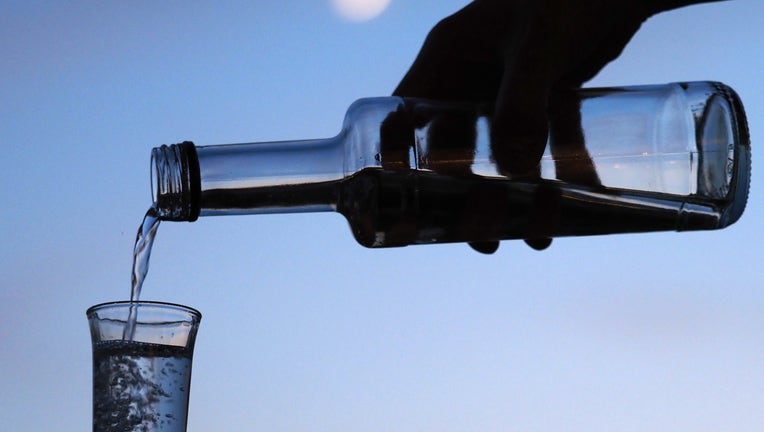 PHOENIX - Ever since the start of the Russian invasion of Ukraine, stores and bars in parts of the country, including some in the Phoenix area, have either stopped selling vodka or dumped out vodka in protest of the war.

Here's what you should know about the symbolic act, and why it might not have the desired effect.

Why is vodka associated with Russia?

According to the Russian Studies Department at St. Paul, Minn.-based Macalester College, vodka was first introduced to Russia in the 1300s, and over the course of the country's history, it has been prominently featured in social, political and militaristic arenas.

"Its consumption is an important celebration of weddings, promotions, births, departures, and funerals. Advertisements for vodka, as well, promote a similar sense of the essentialness of vodka to Russian culture or national pride," read a portion of the website.

It is noted on the Encyclopedia Britannica website that the word "vodka" is Russian in origin, being a form of the Russian word voda, meaning "water."

Why are restaurants and bars boycotting Russian vodka now?

The owner of SumoMaya in Scottsdale taking a stand against the war in Ukraine by dumping all their Russian alcohol and fine caviar. From thousands of miles away, he's doing what he can to support Ukrainians.

The answer to this question lies with the recent invasion of Ukraine by Russia.

In Scottsdale, the owner of a restaurant took a stand against the war by dumping out their Russian alcohol and fine caviar.

Guillermo Gutierrez, the restaurant's general manager, says his boss called him telling him to get rid of the products worth thousands of dollars at SumoMaya and his other restaurant, Local Bistro. They'll be replacing them with Ukrainian products.

"We live in an amazing country that allows us to do this freely and not have any negative repercussions from it," Gutierrez said. "We're very passionate about it."

The owner issued a statement about the Russian invasion, saying, "...we feel an obligation to make clear we stand with Ukraine and recognize the importance of freedom and expression."

Are all vodkas made in Russia?

While some vodkas, like Russian Standard, are made in Russia, many brands of vodka available in the U.S. today are actually made outside Russia.

"The Stoli® vodka brands and its owner Yuri Shefler were exiled from Russia nearly two decades ago. ‘As the Founder of SPI Group of companies, I have personally experienced persecution by the Russian authorities and I share the pain of Ukraine and its people,’" the website read. Officials with Stoli Group have announced that one of the vodkas they produced will be rebranded to 'Stoli' from ‘Stolichnaya’.

While Smirnoff vodka can trace its beginnings to Moscow in the 1800s, the company's website notes its founders had to leave Russia in the 1910s, and started producing vodka again in France in the 1920s. The brand is now owned by Diageo, which is headquartered in both New York and London.

How much vodka do we buy from Russia?

According to figures by the Distilled Spirits Council of the United States, Russian vodka imports only account for about $18.5 million of the approximately $1.41 billion worth of vodka imports in 2021.

"Some of the popular vodka brands consumers may think are Russian are not produced in Russia. There is not a lot of Russian-made vodka in the U.S. marketplace. Imports of Russian vodka to the United States are down nearly 79 percent since 2011, and accounted for only 1.3 percent of total vodka imports in 2021," said Lisa Hawkins of the Distilled Spirits Council of the United States.

How would I know which vodka is made in Russia?

Sometimes, it's a matter of reading the labels. Some vodka brands would list where the product is made from, either in a very prominent manner or somewhere else on the label.

On Feb. 27, the Facebook page for the Virginia Alcoholic Beverage Control Authority listed a number of Russian-sourced vodka brands:

The Facebook post did not otherwise state whether the brands listed above support Russia's invasion of Ukraine.

While caviar is considered to be a Russian food by some, like vodka, that does not mean all caviar is from Russia.

For example, the website for Caviar Russe states their imported caviar is sourced from a sturgeon farm in Germany.

Meanwhile, the website for Tsar Nicoulai talks about their California farming operations, and their online shop also labels where their caviar came from, and some of their products are labeled as having been sourced from countries like Bulgaria and Greece.

Besides boycotting Russian vodka, what other things are people doing to show their support for Ukraine?

In the U.S., various government officials have announced measures that are targeted at Russia.

In Georgia, the state's house speaker said he would seek to have the state’s retirement funds quickly divested from any Russian assets, while the state's Secretary of State called upon Georgia-based businesses and investors to stop doing business with Russia or any companies that support Russia.

In New York, Governor Kathy Hochul has signed an executive that forbids her state from doing business with Russia. She also ordered state agencies to divest money and assets from companies or institutions aiding Russia in its war against Ukraine.

Other measures are more symbolic. The governors of Pennsylvania and Arizona have ordered their capitols lit with the blue and yellow colors of Ukraine’s flag, while Minnesota Governor Tim Walz, a Democrat, and Ohio Gov. Mike DeWine, a Republican, have issued a joint statement condemning Russia’s invasion of Ukraine. Walz and DeWne are co-chairs of the presidentially-appointed Council of Governors.

According to a tweet made by Ukraine's Ministry of Defense, the country's president, Volodymyr Zelenskyy, has created a new ‘International Legion’ unit that non-Ukrainians can join to help with the war effort.

In addition, various charities are aiding in relief and recovery efforts in Ukraine.

Continuing Coverage of the Russian-Ukrainian War

LiveNOW From FOX - Streaming live events, breaking news, and stories from around Arizona and the world

For the latest local news, download the FOX 10 News app