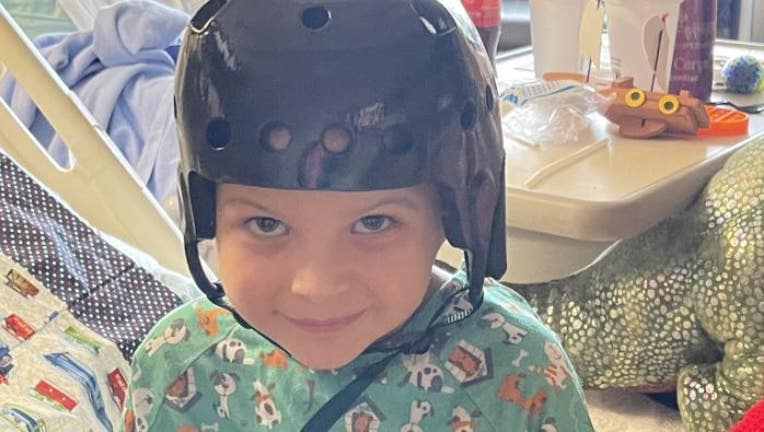 KENOSHA COUNTY, Wis. - Alex Hook, 6, who was in a coma at Children's Wisconsin after he was hit by a projectile that flew from a lawnmower on Sept. 10 will head home this week, his family announced Sunday, Oct. 10, exactly a month after the incident at Riverview Elementary in Silver Lake.

In an update posted to the Alex Hook Support Page on Facebook, the boy's family wrote that "while we will be happy he is home, Alex still has many medical hurdles ahead of him and still can't walk on his own." He will come home with a helmet due to the fact that he is missing half of his skull, and skull implant surgery is scheduled for November.

Alex will be using a wheelchair and walker at home, and his family noted that "all of us will have to readjust to a new way of life with Alex's disability." 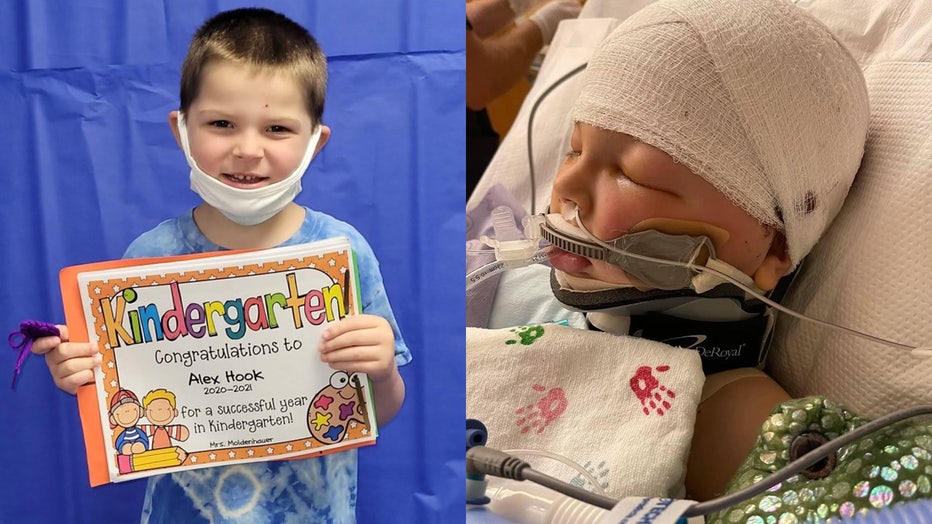 With that in mind, Alex's family said Ray Scarpelli and the Scarpelli family with Ray Auto Group-Fox Lake & Antioch donated a 2018 Chevy Traverse to the family, replacing their Jeep Cherokee, which is too small for Alex's needs. The family said the new vehicle also has extra cargo space for his wheelchair, and that they are "ever so humbled and eternally grateful" for the donation.

Alex Hook suffered a massive fracture to the back of his head in the incident on Sept. 10, placed in a medically-induced coma. Doctors performed a craniotomy and removed another portion of his skull to relieve any pressure.

Days after the incident, Alex's mom shared that Alex had developed an infection, which was being treated with antibiotics. 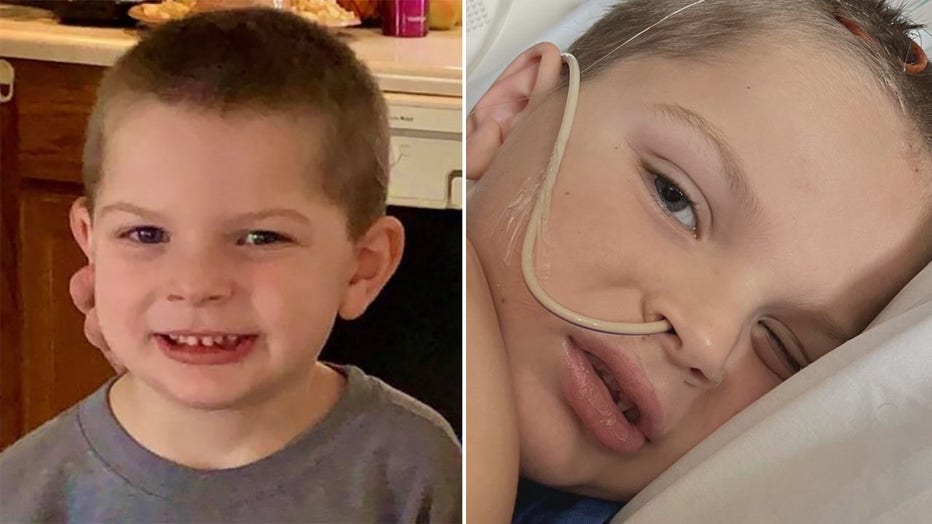 On Sept. 21, the family announced Alex was able to be moved out of the ICU and onto the neuro floor at Children's Wisconsin, where he was still being treated for infections. As of Sept. 23, he was able to eat food for the first time since the incident.

The next big milestone for this little boy will come this week when Alex Hook goes home.

In the meantime, a new website has been set up that lists upcoming fundraisers in support of Alex's recovery.

A police officer was shot early Sunday morning after attempting to apprehend a suspect on State Street near UW-Madison's campus.